Children cancer survivors show off their singing and dancing skills

Exciting day: The children posing at a photo booth that was set up at the event.

MOST children have someone they admire or a celebrity they look up to as their role model.

In an activity themed “I Wish Upon a Star”, cancer survivors from the National Cancer Society of Malaysia’s (NCSM) Children’s Home of Hope were given an opportunity to be a “star” in their own talent show.

Ten children who have been under the care of the home took part in the “I am a Star” talent show by singing, dancing and telling stories on stage.

“Cancer does not discriminate when it comes to age and many people think it only happens to adults.

“Through this activity, we hope to bring some cheer to the childhood cancer survivors here and, at the same time, raise more public awareness about childhood cancer,” said J1 Consulting Sdn Bhd managing director Jeanisha Wan, who is also the founder of WEVents, a non-profit setup which runs women-only social events.

The marketing and PR consultancy company held the event as part of its CSR activity.

She added that they wanted to provide the children with an opportunity to freely express their talent onstage and build their confidence when it comes to performing in public.

The children exchanged presents and had their “star” celebrity pictures taken in a photo booth built just for them.

There were also mock “paparazzi’ interviews to give the children an experience of being a “star”.

“In Malaysia, three children are diagnosed with cancer every day or approximately 900 children each year.

“The most common type of cancer afflicting children are leukaemia, lymphoma and brain cancer and these are the leading causes of death among children under the age of 18.

“While cancer among children is relatively rare, the cure rates are much higher than for most adult cancers and over 70% of all children can now be completely cured,” said NCSM medical director Dr Saunthari Somasundaram.

NCSM Children’s Home of Hope provides child cancer patients and their caregivers a “home” while they receive follow-up treatments at nearby hospitals. The home is funded by donations from the public. 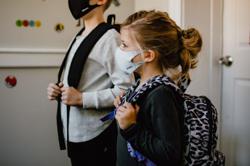