“We aim to help students achieve their full academic potential and improve their quality of life,” he said at a press conference before the start of the inaugural Excellence Awards ceremony recently. Those doing foundation-level studies at institutions of higher education would receive RM6,500 a year while undergraduates would receive cash aid of between RM8,000 and RM14,500 a year.

The foundation was launched on Sept 24 under the auspices of Eco World Development Group Bhd to serve as a platform for the Group to fulfil its corporate social responsibility initiatives.

It had also hosted a charity dinner in October to raise funds for its activities.

At the event, 150 students were rewarded for obtaining excellent results in the UPSR under the Eco World Foundation’s Student Aid Programme (SAP). 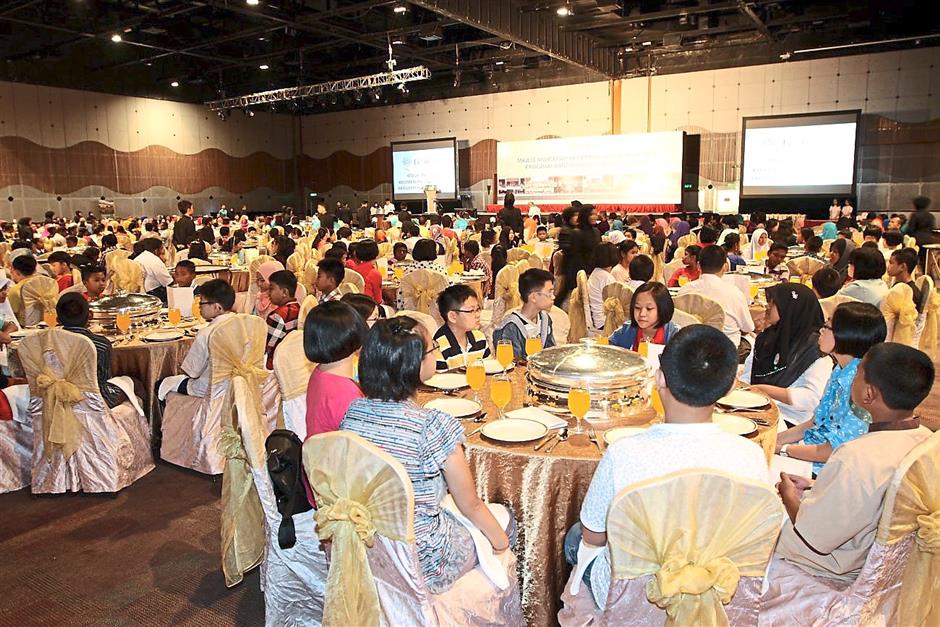 A total of 35 students received the Excellence Award category for obtaining straight As in last year’s UPSR, 45 in the Outstanding category and 70 in the Most Improved Award category.

Each student received a Malay-English dictionary and Adam Khoo’s motivational book Secrets of Successful Teens along with cash awards of RM200, RM150 and RM100 respectively according to the categories.

Twenty teachers were presented with the Teachers Award for their vital role in guiding students in the UPSR examinations.