ABOUT 1,000 people thronged the Balathandayuthabani Hilltop Temple in Waterfall Road, Penang, to watch Astro’s ‘Ponggu Tamil’ event, which was held in conjunction with the Ponggal (Harvesting Festival) today.

The colourful affair also brought ‘alive’ the ancient old Indian folk dance ‘Karagatam’, which involves the balancing of clay or metal pots on the head and ‘Poikkal Kudirai Aattam’ (Horse dancing) where a dummy horse is tied around the waist of the dancer.

A group of Karagatam dancers upped the ante by carrying ‘claypots of fire’ on their heads to the delight of the crowd.

There were also the ‘Kol Kal Attam’ and the ‘Kaalai Aattam’ performances, where dancers performed on stilts and dressed up as a bull respectively. 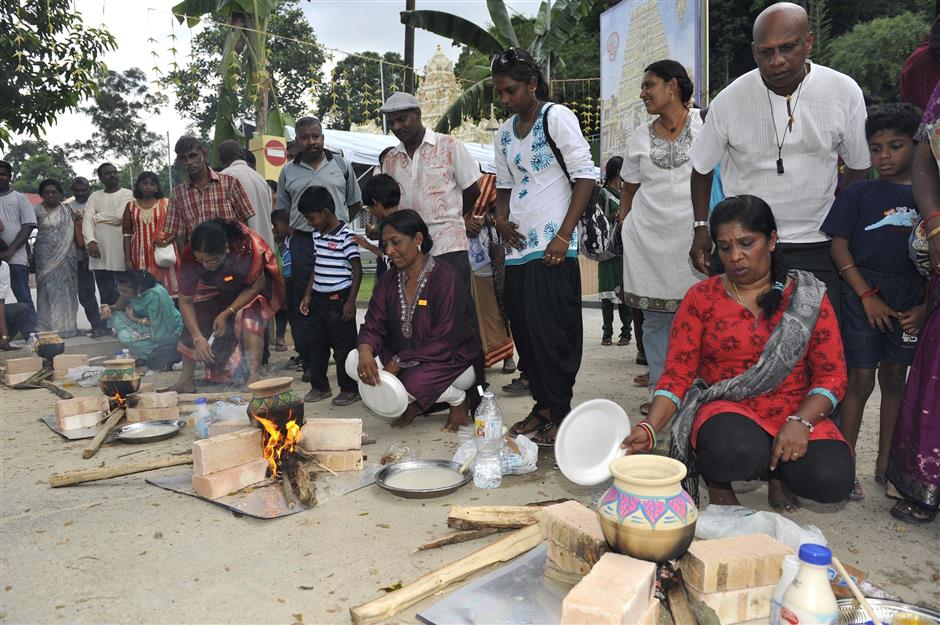 May the best woman win: Participants vying in the cooking competition.

A traditional ponggal cooking contest was also held where women prepared rice, ghee and milk and cooked in claypots.

Astro senior associate Kumaran Arumugam said the local artistes were sent to Madurai in India for two weeks to prepare for the show.

“We’re planning to have an entire local performance next year as we have some good dancers who have performed well since the programme started three years ago.

“The objective is to bring forth the forgotten traditional Indian culture,” he added. 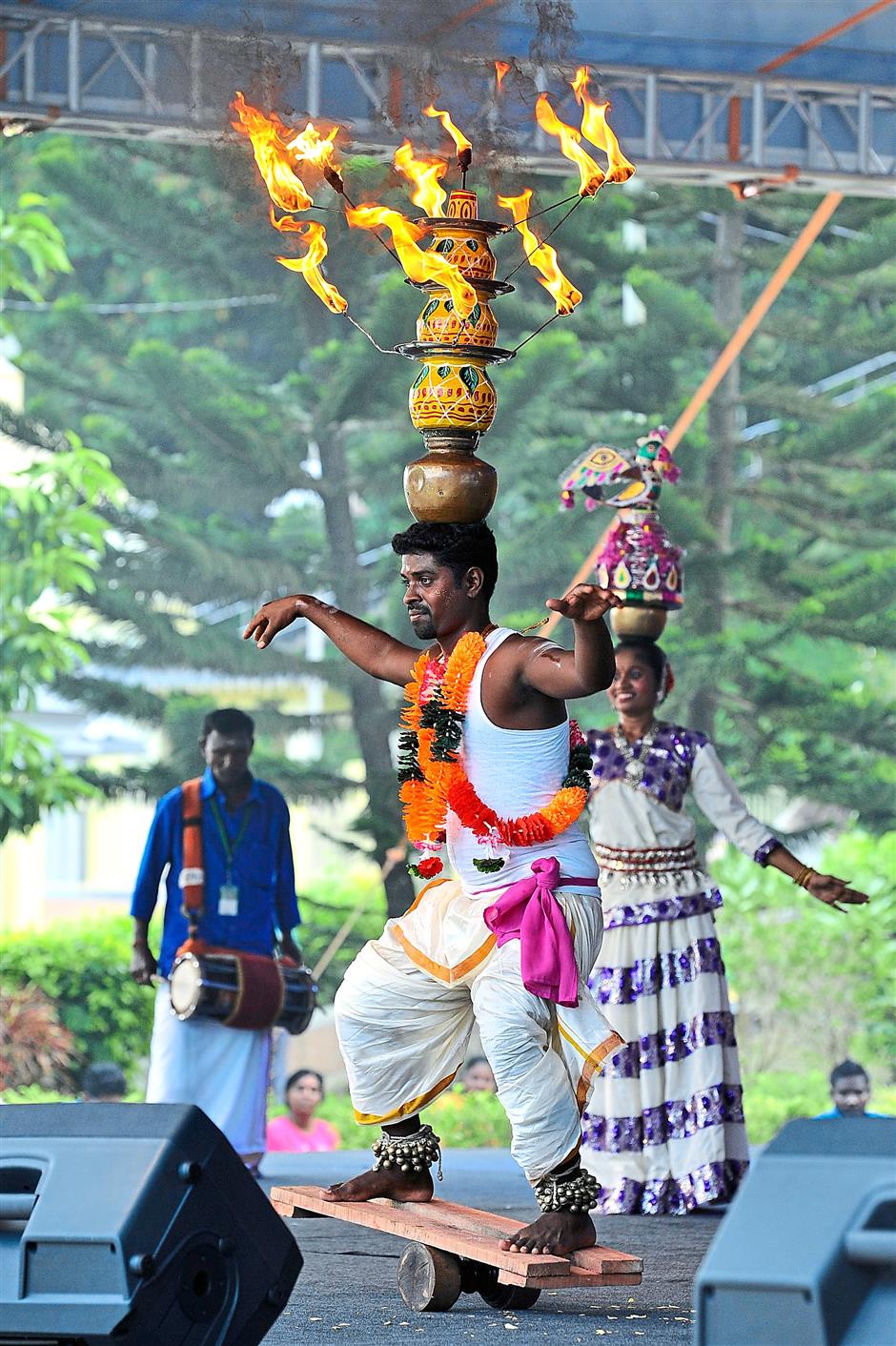 Easy does it: A Karagatam dancer balancing ‘claypots of fire’ on his head during the event.

He said the show, which was held for the first time in Singapore, received overwhelming response with more than 3,000 attending it while a crowd of more than 2,000 braved the rain to watch the show in Taiping.

Penang, which was the last stop of the programme, saw about 70 local and foreign artistes performing various dances.