HOW many ways can one raise funds for a charitable cause? Organise a bake sale? Sell handicrafts? Write a big fat cheque? Those were the niggling questions in Rhonda Kortum’s mind two years ago.

She has been volunteering for the past eight years with the Chin Student Organisation (CSO), a non-profit entity providing education for refugee children from Myanmar, and CSO was struggling to make ends meet.

Meals for the children and volunteer teachers were another RM12,750 a month.

Then there were the cost of books, uniforms and writing instruments.

As it is, Kortum, a 51-year-old Australian expatriate who has been in Malaysia for 11 years has already contributed RM21,000 out of her own pocket. What else could the CSO administrator do? All smiles: Kortum with the children from the Chin Student Organisation where she volunteers.

“There were the usual proposals for calendars but in the age of smartphones, who really needs one? Somewhere along the line, someone suggested crafts and gift cards but from experience, we knew they were not very profitable.

“But when the idea of a cookbook featuring Myanmar recipes came about, everyone was immediately interested because there was a cooking craze going on and master chefs were everywhere,” recalls Kortum.

The fact that there were almost no Myanmar cookbooks or recipes in the market instilled confidence.

“You can find French, Chinese, Indian and Thai but with Myanmar cuisine, no one has cooked it. There were no restaurants. We knew we had found a niche area — the next gastronomic excitement,” said Kortum.

For research, Kortum and her committee went back to the source of their inspiration — the CSO schools. They began by asking the children about their favourite food and what went into it. Invitations were also extended to the older children and the mothers to share recipes. 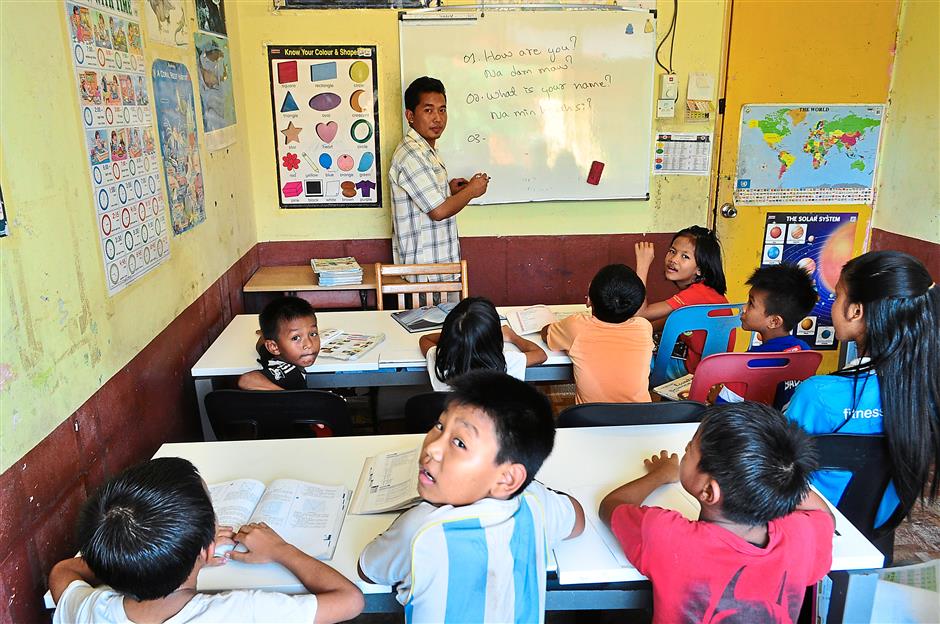 
“There were lots of turmeric with a pleasant balance of Thai and Indian influences, but not as fiery,” describes Kortum of the recipes.

The result was Cooking Chin…Outside Myanmar, launched at a dinner and dance last year at Prince Hotel.

Explaining the title, Kortum said the recipes were derived from the Chin people, an ethnic minority group located in the west of Myanmar.

Recognising their need to escape from human rights abuses in their home country, Malaysia has put Chin refugees under the protection of the United Nations High Commission for Refugees.

As they await relocation to Australia, the United States, Canada and the United Kingdom, CSO is working to offer academic guidance as well as moral support for Chin children aged from four to 17. Gastronomic: Bachelor Chicken Curry is named after a traditional folklore.


The creation of the cookbook, she revealed, was also a way to reaffirm their cultural identity.

Featuring soups, salads, meat and fish, rice, side dishes, desserts and condiments, the 70-page book contains a total of 41 recipes.

Some of the dishes include Bachelor Curry Chicken, named thus as traditional folklore tells of how this dish was created when young men had to cook a stolen chicken in haste. There is also the Very Red Banana Cake, a dessert of mashed bananas baked with poppy or sesame seeds and enriched with coconut milk.

Some of Kortum’s favourites include a creamy Banana Blossom And Prawn Curry and Mohinga, a rice vermicelli soup with ginger, turmeric and catfish, garnished with chickpeas and egg.

Eight committee members worked on the cookbook for a year. Volunteer teacher Lily Ch Hlei Tial, who has since relocated to the United States, showed the ladies how to cook the dishes.

Of the 1,000 copies printed, 200 have been sold thus far. Priced at RM50 per copy, interested parties can contact Kortum at rkortum@csomalaysia.org or find out more at www.csomalaysia.org