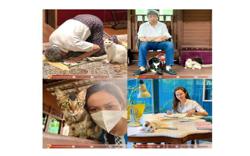 THE Selangor government will introduce new and stricter guidelines for development projects in slope and hillside areas.

Mentri Besar Azmin Ali said the guidelines will be implemented in all local councils in the state.

“The recent floods in the east coast should serve as a lesson for us to learn from.

“This is why we have decided to introduce the new guidelines for development projects on slopes and higher ground,” he said.

The guideline will also include requirements on the drainage and drain maintenance as well as the building of retention ponds in all new housing estates.

“We also want to ensure 30% of forest reserves in Selangor remain untouched,” he added.

The state’s legal advisors have also been asked to look at provisions in the law to ensure strict action is taken against those trespassing into forests and state land.

Azmin said this was to ensure that the deforestation which led to the landslides and floods in Gua Musang and Cameron Highlands did not occur in Selangor.

“The committee was just formed this morning and once the guidelines are ready, the state exco will scrutinise so it can be implemented immediately at all local councils as soon as possible,” he said after flagging off a convoy of local council staff from Selangor at the Selangor state secretariat yesterday.

All 12 local councils have sent 304 officers as well as 180 Penggerak Belia Tempatan to help clean up the disaster hit areas in Kelantan.

The teams will go to nine districts in batches until Jan 12.

A total of RM5mil has also been raised from state subsidiaries as well as corporations to rebuild homes that have been destroyed.

The Federal Government has also asked Selangor to assist in post-flood relief assistance in Pahang as well.