Group photo: The children from Victory Home posing with announcers from both Red FM and Capital FM before heading into the Snowalk.

IT WAS a fun-filled day for 17 children from Victory Home as they spent a day out with announcers from the Star Radio Group at i-City in Shah Alam recently.

The children were first introduced to the six announcers from Red FM and Capital FM, who were their “caretakers” for the day, before they set out to visit various spots around the entertainment hub.

Divided into two teams, the groups headed off to different zones to participate in the wide array of games and activities offered.

Red FM announcer Azura Zainal together with her colleague Ashley Chan from Capital FM took the first group to the Adventure Studio for a five-minute movie in a creative 6D experience to kick-start their morning.

Meanwhile, the second team with Jeremy Teo, Kavin Jay and Edea headed to the Jungle Adventure to have fun at the bumper cars attraction in a forest environment.

They then proceeded to the Fun Drive zone where they were taught the rules of driving as they were not allowed to hit each other’s car. Slippery ice: Red FM’s Jeremy (second from right) joining in the fun of sliding down a snowy edge at the Snowalk.

The children drove with the announcers accompanying them around a route complete with traffic lights, police stops, a car wash and zebra crossing.

“This outing was not only fun for the adults but exposed the children to something different instead of just treating them to a meal or taking them to watch a new movie,” said Red FM’s The Really Really Late Breakfast Show host Kavin Jay. 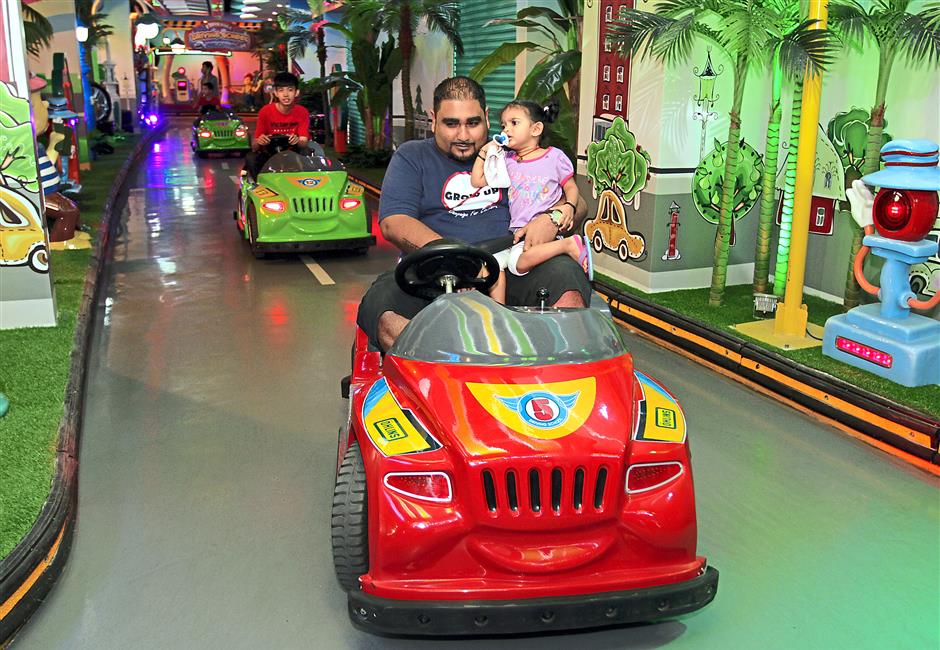 Hot ride: Red FM’s The Really Really Late Breakfast Show host Kavin Jay in one of the rides at the Fun Drive zone with his daughter in hand.

Kavin, who also brought his two-year-old daughter Kashaani Rhea Kavin along, said the entertainment park was an excellent venue for families to spend the weekend together as it offered activities for both adults and children of all ages.

Red FM’s Jeremy Teo felt the same way, adding that the outing with the orphans was a perfect way to end the year after working hard for 12 months.

“We rarely get the opportunity to hang out with children from different homes so this opportunity came at a right time. 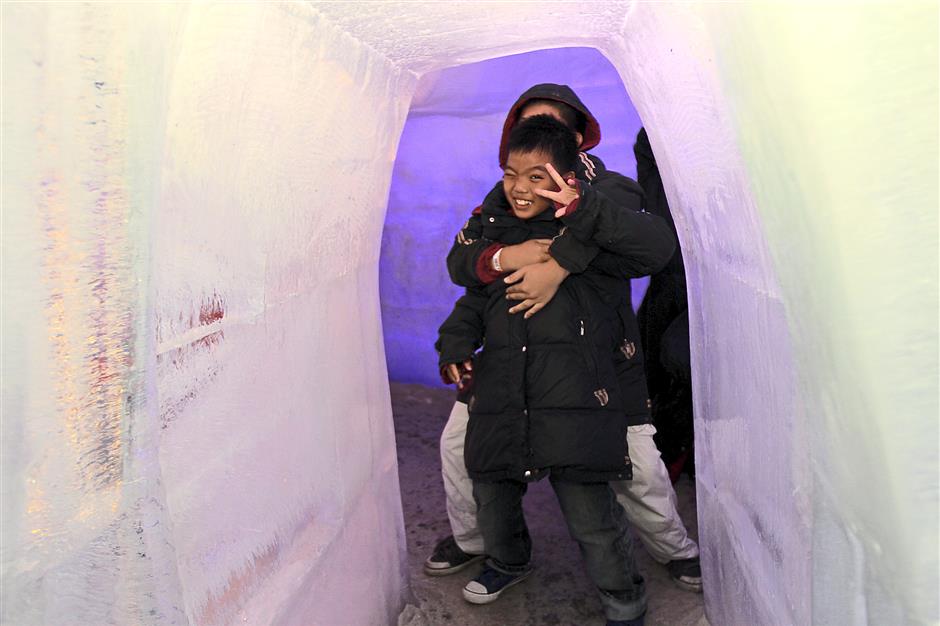 I see you: The children making their way through the man- made igloo.

“This outing is also a good excuse for me to act like a kid again,” said Teo who hosts the Red Rave show.

Both groups made their last stop at the Snowalk, where the children were given a chance to experience sub-zero temperatures.

The young children were wrapped in thick jackets as they headed into the winter environment where they played with ice sculptures, slides and ran around igloos and ice sculptures.

The eventful day sponsored by i-City ended with a hearty meal before the announcers took photographs with the children and bade them farewell.