FLOATABLE items such as drinking bottles, containers, covers and pails made of plastic can be used to save lives in water emergency situations.

Life Saving Society of Malaysia (LSSM) secretary Geh Thuan Tek said that these basic and simple materials which could easily be found in most houses, could be used as good floatation tools to prevent cases of drowning.

For example, he said, the 1.5litre and 500ml empty drinking bottles could be taped together to make a floatation device.

“Big plastic containers, pails and any other items which can float, can also be used,” he said in a statement.

Geh said the tips were useful in any flood situation. 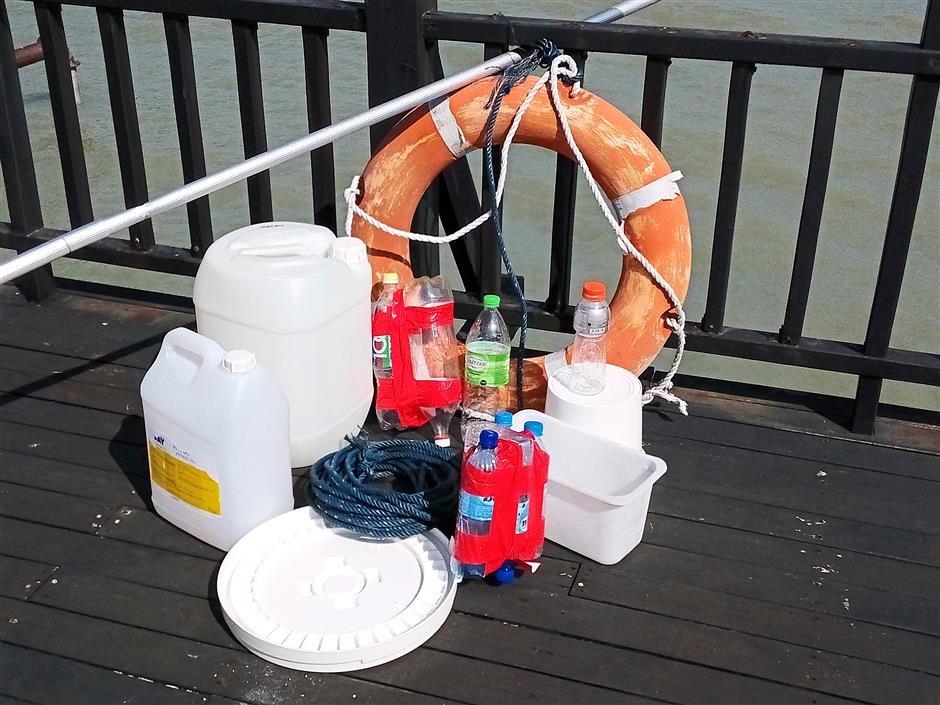 Easily available: Plastic items such as these can be turned into buoyant materials in case of floods and (right) a swimmer demonstrating the use of water bottles to stay afloat.

“These things can easily be obtained as they are widely used in our daily life and can quickly be turned into effective rescue aid items.

“People can hold on to these floatable materials and the chances of them being saved from drowning are high,” he said.

He added that the society wanted to create awareness among the public about the tips in view of the recent flooding in the east coast states that had claimed 21 lives.

Geh said it was important that people were educated on the use of floatable materials as fast flowing water a mere 0.15m high was enough to claim a person’s life.