THE London derby at Stamford Bridge in the early kick-off tomorrow is a fascinating coming together of two sides that have genuine aspirations of winning the title.

Whether one of them will be able to go on and pull it off is a matter that only time will tell.

All the same, a win for either Chelsea or Arsenal tomorrow would be a colossal psychological victory. And because of the long history between them and the fierce rivalry that exists in North London, this fixture is expected to be played in a fiery atmosphere, like so many others have been down the years.

This is more so this time around because of the competitiveness between the Premier League’s Big Six.

Arsenal lead the league by two points over Manchester City after 12 matches, while Chelsea are sixth, 10 points adrift.

But those statistics and others will count for little tomorrow. This is the biggest of London’s derbies and has been since many of us can remember.

Given their present position in the standings, their form and the manner in which they have played so far in this campaign, the Gunners would appear to hold an edge over the Blues.

But the form book will surely be tossed out of the window, just as Manchester United did when they took on and soundly beat Arsenal at the beginning of September.

For their part, Mikel Arteta’s charges did pick themselves up, dust off the pain, and then beat Liverpool and Tottenham Hotspur to make a statement of intent.

The Spanish manager received some good news ahead of their Europa League clash with FC Zurich when Bukayo Saka was reportedly “feeling fine” after suffering a knock in the 5-0 demolition of Nottingham Forest last weekend.

What has really lifted the Gunners this season has been their collective attitude and cohesiveness. It was something they lacked for a long time and have now found it in abundance.

And it is that belief that runs throughout this squad that Chelsea will have to overcome if they are to entertain any realistic chance of stalling their opposition’s march to the top of the Premier League.

In Raheem Sterling, the Blues might just have the star to do it. The England winger has taken time to settle in at Stamford Bridge since his move from Man City. But he appears now to have come good in the nick of time to put Arsenal to the sword.

He put in a notable shift in the come-from-behind Champions League win over Dinamo Zagreb in midweek.

Needless to say, Sterling will want a repeat performance, particularly after the hammering they endured at Brighton last weekend.

In the match, new coach Graham Potter used Sterling as a wing-back, before restoring him to the front-line against Dinamo Zagreb.

Man City’s home game against Fulham is a near-certain win for the champions. And unless the visitors get their act together without delay, they could be facing a long afternoon at the Etihad today.

Villa, one point off the relegation zone, will hope to pick up at least a point at Old Trafford, something in sharp contrast to Stamford Bridge, where both Chelsea and Arsenal will be bent on winning and nothing else. 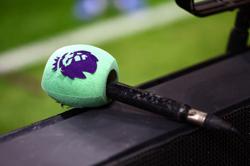