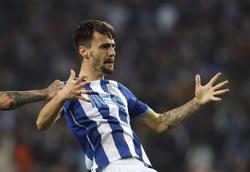 Moyes will likely turn to Rice (right) to lead the way against the Gunners. — Reuters

WEST Ham United recently lost ground in their pursuit of a top-four finish and could fall even further behind when they host Arsenal tomorrow.

The Hammers’ erratic form in recent months has seen them drop from fourth place to seventh, and David Moyes will try to rally his team to keep up the chase.

But the odds will be stacked heavily against them, as three out of four of their recognised centre backs will be out against the Gunners.

Two of them, Angelo Ogbonna and Issa Diop are out injured, while Craig Dawson will miss the game through suspension after picking up a straight red card against Chelsea.

Kurt Zouma has recovered from injury, and David Moyes could partner him with Aaron Cresswell or even Declan Rice.

Rice is no stranger to the position, having originally been a centre back before being switched to play in midfield.

Cresswell too is capable of playing there even though he prefers to play as a left back.

Up forward, Michail Antonio will be expected to start despite having lost his goal-scoring touch.

The 32-year-old last scored in a league match in January against Crystal Palace and his last goal in all competitions was in March against Southampton.

Still, he is seen as an important player for Moyes due to his ability to hold on to the ball while his physicality could cause some trouble for Arsenal’s defence.

Another concern for Moyes is his players’ fitness level after their UEFA Europa League semi-final match against Eintracht Frankfurt on Thursday.

It must be said that the Hammers’ excursions in Europe have been amazing thus far, knocking out the likes of Sevilla and Olympique Lyonnais to reach the semi-finals.

But after their 2-1 loss to the German side, West Ham will really need to tough it out to get the right result against the Gunners to keep alive their hopes of playing in the Champions League next season.

Arsenal, on the other hand, had no game in midweek and will be fresh and ready to have a go at the hosts.

The Gunners are in fine fettle after two impressive wins over Chelsea and Man United that strengthened their bid for a top-four finish.

Mikel Arteta will be banking on Eddie Nketiah to deliver. He has impressed in the last few games, while Alexandre Lacazette slowly regains his fitness after recovering from Covid-19.

With Bukayo Saka injured during the win over the Red Devils, Arteta could start Nicolas Pepe on the left wing.

After their thrilling 4-3 win over Real Madrid in the Champions League semi-finals in midweek, Manchester City will be pumped up for their Premier League challenge against Leeds at Elland Road.

City will be strong favourites to win the match, having shown how easily they could put in four goals against Real Madrid.

The Citizens will also be well-rested, having been afforded more time before the game.

The player Leeds will have to be most wary of is Kevin De Bruyne, who once again demonstrated why he is one of the best midfielders in the world and a big match player.

He scored against the Spanish giants in only the second minute on Tuesday. Gabriel Jesus also continued his good goal-scoring form by notching one in the 11th minute.

There is no denying that Leeds have not been consistent this season, mostly due to injuries to key players, but their fortunes have improved after Jesse Marsch took over from Marcelo Bielsa.

Since his appointment in March, Marsch has steadied the ship, and Leeds are now two spots and five points ahead of 18th place Everton.

It is also worth noting that the American has only lost the first two matches of his reign and won three, with two draws.

Though Leeds are still not in the clear of the relegation battle, their players should be motivated enough to fight it out and retain their Premiership status.

Former Man City player Jack Harrison could be one of them and should have plenty of reasons to show his former employers what they are missing.

The Whites also have influential midfielder Kalvin Phillips, who started against Crystal Palace in midweek, back in the fold after being sidelined for four months through injury.

It will be a tall order to win against the league champions, but a draw and a point for Leeds would definitely help them with their objective to stay in the Premier League. 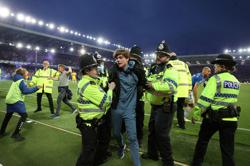 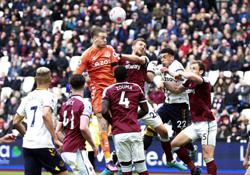