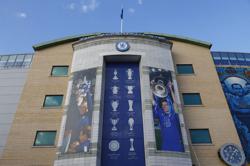 Mohan(centre), his successor Anpananthan (left) and Dhinagaran being honoured at the 16th MIFA AGM. (Face masks were removed briefly for this photo).

Malaysian Indian Football Association (MIFA) has decided to offer honorary membership to 30 people who had contributed financially to the association.

Outgoing MIFA president Datuk T. Mohan said these honorary members would be given voting rights as well as positions in the association.

“We want to be transparent. We don’t want MIFA to be a closed association dominated by one group. “At present, each state is allowed to send two representatives to the AGM.

“Under the changes, 60% of the membership will come from the state, district and football clubs while the remaining will be honorary members who have to pay RM500 annually,” he said.

This is the first time that honorary members with voting rights are allowed in a sports association in the country.

Mohan, who became MIFA president in 2008, handed over the mantle to businessman K. Anpananthan at the association’s 18th annual general meeting on Dec 18.

PJ City FC manager K. Rajendaran and Datuk S. Pathy were supposed to contest against each other for the position of deputy president but following a compromise, both were named for the number two post.

Incumbent J. Dhinagaran decided not to contest for the number two post.

The president appoints the secretary, assistant secretary, treasurer and chairman of the various sub-committees.

Anpananthan said he had a tough act to follow as Mohan had brought MIFA to greater heights.

“Mohan has brought MIFA to such a high level.

“I hope to continue his legacy of getting more Indian youths to be active in football,” he said.

Under Mohan’s stewardship, MIFA put up a team to play in the FAM Cup competition in 2014 and created history by becoming the champions in four years.

After two years in the Malaysian premier league, they moved to the super league and handed over the team to QI Group due to financial constraints.

Anpananthan said many of the Indian players who came through MIFA were now playing for other state and club teams, earning high salaries. Some have moved on to coaching.

He said he wanted to develop the 37 MIFA Beyond Academy centres to provide players to PJ City and other teams.

He added that MIFA would concentrate on organising age-level competitions such as the Datuk MS Maniam (Under-12), Datuk K. Pathmanaban (Under-16), Tun S. Samy Vellu (Under-23) and Tan Sri S. Subramaniam (Veteran) next year. 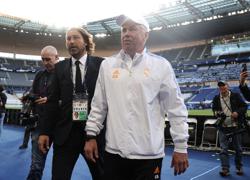 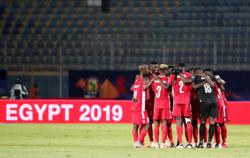