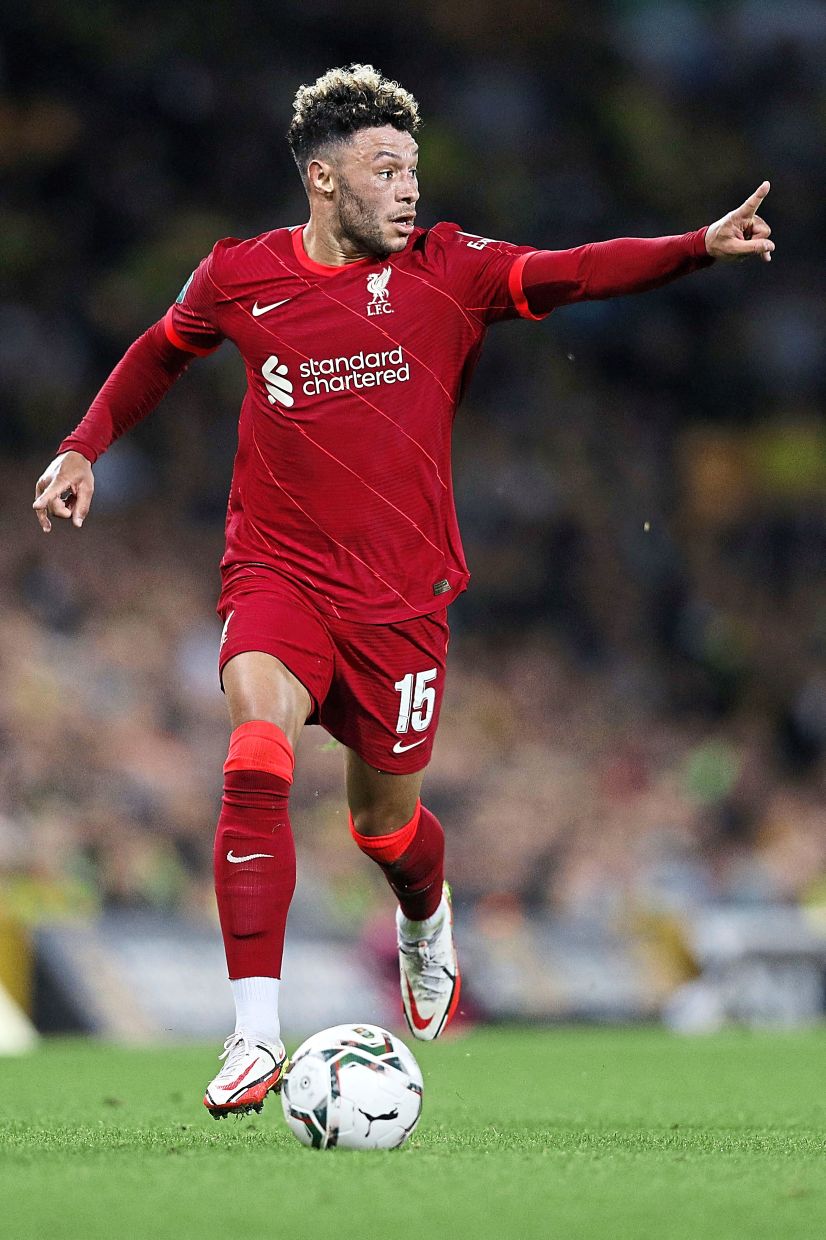 English midfielder Alex Oxlade-Chamberlain is likely to feature for Liverpool against Brighton. – AFP

LIVERPOOL are facing a mini injury crisis in midfield and several players will be assessed before they take on Brighton and Hove Albion at Anfield.

The Reds are already without Harvey Elliot for the long term, and Thiago Alcantara and James Milner are also unlikely to play until after the next international break.

Fabinho, who did not feature against Manchester United at Old Trafford last weekend due to a knee injury, and Naby Keita, who was forced off the field after a horrendous tackle from Paul Pogba, will be given time to prove their fitness.

If both are unable to play, Juergen Klopp will only be able to line up Curtis Jones and Alex Oxlade-Chamberlain alongside Jordan Henderson.

Jones has scored one goal and made one assist in four outings, while Oxlade-Chamberlain has impressed when given the chance.

Both featured for 90 minutes in the 2-0 Carabao League Cup win over Preston North End in midweek.

Despite the shortage of personnel, the Reds should still be capable and have enough firepower to take down Brighton.

Having obliterated both the Red Devils and Watford 5-0 in eight days, Liverpool will aim to continue their devastating form against the Seagulls.

Mohamed Salah should still be in a punishing mood and hungry for more goals after his hat-trick against Man United.

The Egyptian currently sits at the summit of the league’s scorers’ chart with 10 goals and is three clear of Leicester City’s Jamie Vardy.

The Merseyside club will also want to put in a good performance to erase the memory of the shock 1-0 loss to Brighton in February this year.

Brighton, currently in fifth spot and ahead of Tottenham Hotspur, Man United and Everton, also do not have a good record against Liverpool.

They have won only five and drawn nine games in 33 meetings with the Reds in all competitions.

After the 4-1 hammering handed out by Manchester City last week, it certainly looks a daunting proposition for Brighton against an in-form Liverpool outfit that should see their unbeaten run extended to five matches.