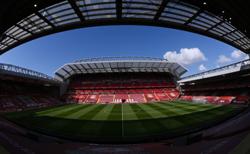 Pogba has been in impressive form for Man Utd. — AP

FRESH from an emphatic 6-2 win over Italians Roma in the Europa League semi-finals first-leg at Old Trafford on Thursday, Man Utd have the chance to add further misery on their biggest English rivals tomorrow.

United are now 12 points clear of fifth and 13 ahead of sixth-placed Liverpool, whom they welcome tomorrow, with five games left, so a top four spot is more or less sewn up.

For boss Ole Gunnar Solskjaer, the Roma victory surely marks the end of his semi-final hoodoo and he will be able to field his best team knowing that they have a four-goal advantage to take to Rome next Thursday.

Having fallen short in four semi-finals in the last two campaigns, the Red Devils are looking to cap off an impressive season by reaching their first final under the Norwegian.

And Thursday’s big win at Old Trafford makes them favourites to qualify.

It was indeed a ruthless performance against the Italians as United tore them apart with commendable displays from Paul Pogba, Edison Cavani, Bruno Fernandes and Marcus Rashford.

Fernandes, who has been subdued of late, reminded critics of his ability to lift his teammates.

Pogba — his body language, that smile, the class he shows on the ball — showed why Man Utd made him the world’s most expensive footballer a couple of years back.

Jurgen Klopp’s side are there for the taking and United can kill off Liverpools’s hopes of qualifying for next season’s Champions League by bagging all three points.

Liverpool are in desperate need of a win and will surely come out with guns blazing.

The Anfield outfit are in a tight race to secure Champions League football next term with Chelsea, West Ham, Leicester and Tottenham.

But the likes of Sadio Mane, Mo Salah and Roberto Firmino have been far from their devastating best.

In this week’s other matches, Man City can inch closer to the Premier League title as they start as strong favourites against struggling Crystal Palace.

The Citizens will be upbeat after a solid display against Paris St-Germain in the semi-finals of the Champions League in midweek.

The 2-1 away win in Paris will stand them in good stead as they look to finally end their Champions League trophy hunt.

Chelsea were equally impressive against Real Madrid in their last four tie and should see off relegation-bound London neighbours Fulham in today’s late fixture.

Thomas Tuchel’s side have showed plenty of improvement since he took over from Frank Lampard and will surely be huge favourites against Fulham.

West Ham, meanwhile, will head to Burnley, looking to bounce back from last week’s 1-0 loss to Chelsea but will surely find Sean Dyche’s side a tough nut to crack after they whipped Wolves 4-0 last week.

As the season comes to its tail-end, there is still plenty to play for and all eyes will be on Old Trafford tomorrow as English football’s biggest rivalry resumes.

With what is at stake, especially for Liverpool, expect a thriller at the Theatre of Dreams tomorrow. 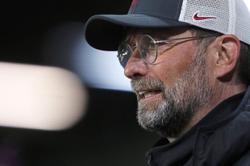