English midfielder Jesse Lingard is expected to star for the Hammers again. – AFP

LEICESTER’s visit to West Ham United tomorrow is a game that could have a monumental impact on where these sides finish in the Premiership next month.

Because of this, it is a clash that has the ingredients of a feisty encounter that pits third place against fourth place.

A quick glance at the fixtures would point to a Hammers’ win, given their form that continued to see them punching well above their weight in the most exciting football league in the world.

But Leicester, who slipped up somewhat with the defeat by Manchester City a week ago, will want nothing more than to avoid the disappointment of the last campaign, when they dropped out of the top four in the run-in to the end of the season – and that after showing good promise all term.

With so much more riding on the result at London Stadium than just bragging rights, the tie could well develop into a cat-and-mouse affair and not many would be surprised.

However, both sides have consistently shown a huge desire to play attacking football this term and tomorrow is expected to be no different.

With this, a few goals are likely, although one does get the feeling that the spoils will be shared.

West Ham fans will be keen on seeing Jesse Lingard maintain his outstanding form since arriving from Manchester United on loan.

Now in line for a recall to the England set-up after an 18-month absence and ahead of the European Championship in June, the 28-year-old has been an asset to David Moyes’ side’s good form.

Since his debut in the claret and blue of West Ham at the beginning of February, Lingard has found the back of the net six times and also chipped in with three assists.

The most recent of those was his 60-yard burst that led to their opening goal against Wolves on Monday.

He also had a hand in the winning goal.

Michail Antonio should also be watched carefully by Leicester.

The 31-year-old Englishman was by far the Hammers’ kingpin before Lingard turned up, and could be bothersome for the opposition.

Leicester, for their part, will be hoping Jamie Vardy starts to consistently get among the goals again.

The England striker has featured in patches of good scoring form this season and Nigerian Kelechi Iheanacho has gone some way to stealing his thunder with a run of seven goals in four games in all competitions.

This led to him signing a three-year contract extension at Leicester that will keep him at the King Power Stadium until 2024.

It also had him win the Premier League Player of the Month award for March.

Either way, there is enough firepower in both line-ups for a few goals, which shall make for a good, entertaining match. 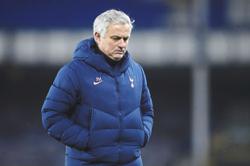