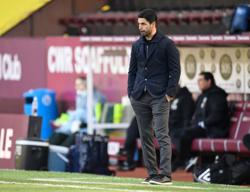 FREE-scoring Tottenham will start as favourites in tomorrow’s eagerly anticipated north London derby against neighbours Arsenal. Jose Mourinho’s side have hit their strides in recent weeks, thanks to the fiery form of Gareth Bale and Harry Kane.

Both sides had comfortable two-goal wins in the Europa League on Thursday and have one foot in the last eight of the competition.

Tottenham have won each of their past five games in all competitions and will certainly go to the Emirates with plenty of confidence.

Kane’s form has been a crucial factor in Mourinho’s side’s recent revival. The England striker has now scored 26 goals in all competitions this season and has already surpassed his goal tally from each of his previous two seasons (24 in both 2019-20 and 2018-19).

Despite taking a knock in the Europa League match against Croatians Dinamo Zagreb, the Lilywhites captain should be fit to start the fixture.

Arsenal will hope that they can replicate their form in Europe in the domestic league. The Gunners were good value in their 3-1 win over Greek champions Olympiakos and have won eight of their nine Europa League games this season, drawing one, and are the highest scorers in the competition so far this term with 27 goals.

In the Premier League however, Mikel Arteta’s squad has struggled to keep up, especially in defence, where lapses in concentration and individual errors have resulted in them dropping vital points.

Like most of the north London derbies that we have witnessed in recent times, goals will surely flow and there will be lots of goalmouth action and late tackles. Mourinho should come out smiling in this one.

Chelsea make the trip to Yorkshire to play Leeds looking to continue their excellent run under new manager Tomas Tuchel.

Monday’s 2-0 win over Everton extended Tuchel’s unbeaten run as Chelsea boss to 11 matches after he took over from Frank Lampard at the end of January.

Leeds missed plenty of chances in their 2-0 loss to West Ham on Monday and manager Marcelo Bielsa was furious with his wasteful side.

Bielsa’s attacking philosophy and his team’s relentless displays in their first season back in the Premier League after 16 years, have won them plenty of praise. But their all-out attacking approach has also made them extremely vulnerable at the back.

Chelsea will be looking to exploit Leeds’ dodgy defence and will be favourites to gain full points and continue their fine form.

Man Utd face a tough clash against West Ham tomorrow and will be looking to continue where they left off in the league last week after that famous away win over runaway leaders Man City. Ole Gunnar Solskjaer’s side were spectacular at the Etihad but must tread with caution when the Hammers visit Old Trafford.

David Moyes’ side are flying and are playing some fantastic football as they have climbed up to fifth in the league.

Solskjaer’s side could be without their attacking trio of Marcus Rashford, Edison Cavani and Anthony Martial as all are injured, while Paul Pogba remains sidelined.

Man Utd conceded a late equaliser in their midweek Europa League draw against AC Milan and will surely not treat the Hammers lightly.

It will be a tight affair but the Red Devils should come away with full points. 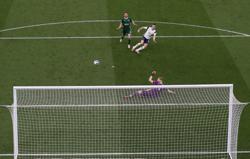