Fernandes will be looking to continue his excellent form for the Red Devils. — AFP

A dream run came to an end. The embarrassing loss saw a 13-match unbeaten streak in the top flight evaporate.

Based on the evidence of last Wednesday’s performance, it will be extremely hard to knock leaders Man City off the top spot, but it is definitely not impossible. Make no mistake, Ole Gunnar Solskjaer’s side had no business losing to the Blades, who before the game at Old Trafford, had won only once the whole season.

Solskjaer’s side had predictably the bulk of possession, 75% to be precise, but managed only four shots at goal in a performance that they would want to quickly forget.

Indeed it was a title race reality check for the Red Devils as the mantra for this season, “expect the unexpected”, continues.

Their horror show of defending has to stop while the likes of David de Gea, Anthony Martial and new signing Donny Van de Beek must buck up and contribute more.

Man Utd visit the Emirates in today’s late fixture and will be looking for revenge against an Arsenal side who took all three points at Old Trafford last November, which was incidentally the Red Devils’ last defeat in the league before the loss to Sheffield United in midweek.

It is the perfect opportunity for Solskjaer’s side to redeem themselves and prove that they are genuine title contenders and that their stint at the summit was no flash in the pan.

Bruno Fernandes will once again be relied upon to be at his creative best, while Paul Pogba and Marcus Rashford will want to make amends for a listless outing against the Blades.

The form of Martial must be a real worry for the manager.

The Frenchman has scored just twice in 16 league appearances this season and has not made much impact in recent games.

He seems short of confidence and is in dire need of a goal or two soon. It does not get easier for Man Utd as after today’s trip to north London, their next two games are against a dangerous Southampton side and an improved Everton outfit at Old Trafford — where they have suffered all four of their league defeats this campaign. 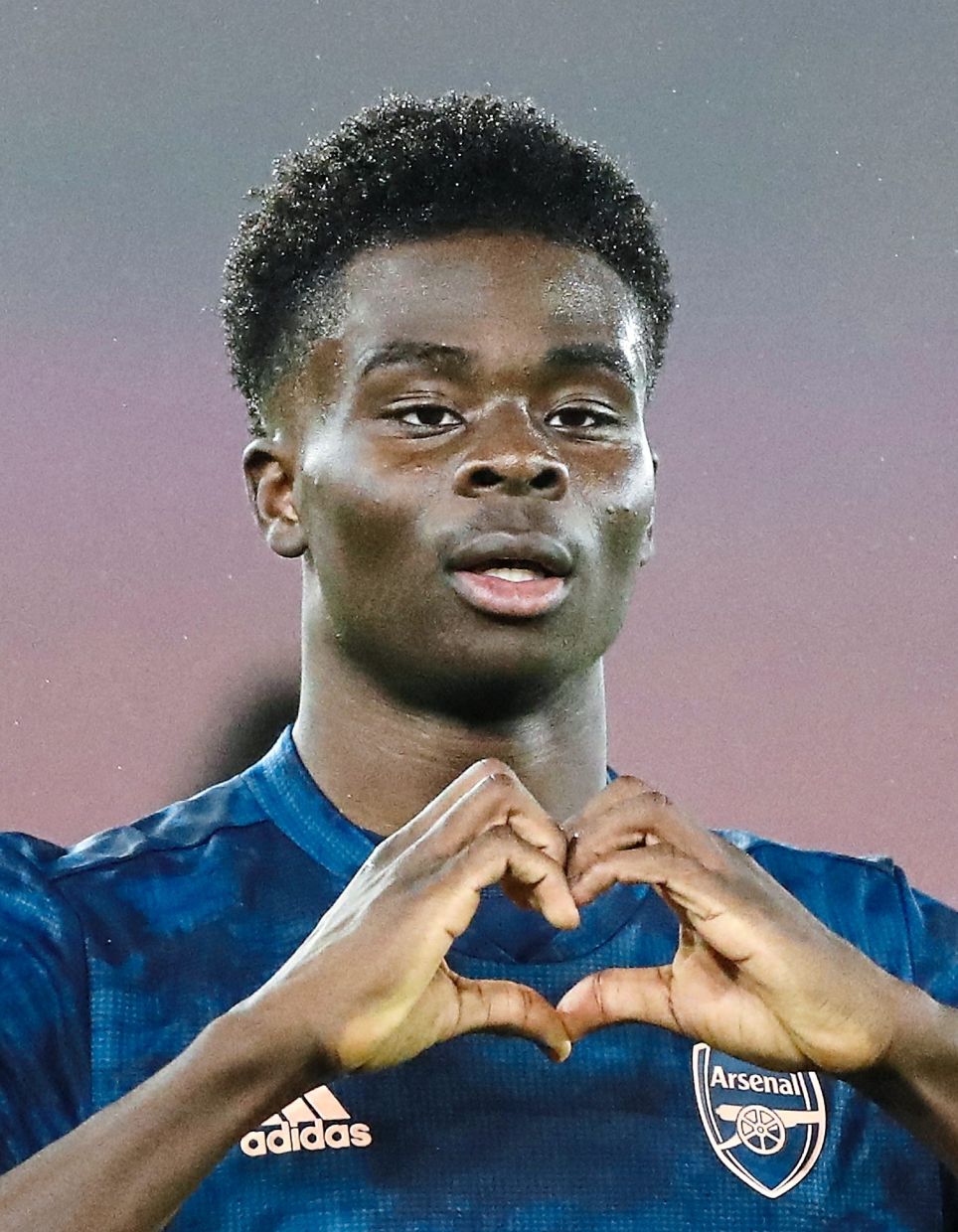 Saka had an excellent game against the Saints in midweek. — AP

Arsenal came from behind to beat Southampton in midweek and continue their excellent league form that has seen them win five out of their last six league games.

omentum is certainly with the Gunners as the win in midweek pushed them up to eighth spot, five points off a top-four position.

Only league leaders Man City have won more points (18) and conceded fewer goals (one) than Arsenal in the league since Boxing Day.Captain Pierre-Emerick Aubameyang, who has missed the last two games owing to his mother’s ill health, is again a doubt for today’s fixture.

But with Alexandre Lacazette and young winger Bukayo Saka in good form, Arteta has plenty to smile about.

Things are certainly looking up for Arsenal. After finally ending the nightmare saga of Mesut Ozil when the German joined Turkish outfit Fenerbahce last week, the Gunners have been boosted with the signing of Real Madrid attacking midfielder Martin Odegaard, who is on loan until the end of the season.

The Norwegian will provide Arteta with quality offensive options and could be involved in today’s fixture.

With Leicester, Everton, Liverpool, Tottenham and West Ham all breathing down the necks of the Red Devils, Solskjaer’s side cannot afford another slip-up if they are to remain genuine title challengers.

The rivalry between these two sides in the past two decades is well documented and it promises to be an intriguing match-up. Both teams have a lot to prove and will be going all out for victory.

Man Utd do not have a decent recent record against the Gunners but all that could change today, and indeed it cannot come at a better time after the shock loss in midweek.