Pogba seems to have regained his confidence and form after impressing in the last few games. — AFP

Paul Pogba’s winner against Burnley in midweek sent the Red Devils to the top of the table, three points clear of defending champions Liverpool.

Ole Gunnar Solskjaer’s side have been in great form, winning nine and drawing two of their last 11 league games.

The 20-time champions have not lost a league game since the start of November and have won seven out of eight Premier League fixtures on the road this season, hence they will enter the match at Anfield brimming with confidence.

United are top of the Premier League table after the turn of the year for the first time since they last won the title in 2012-2013 and could move six points clear with victory at Anfield.

After the Burnley win this week, former United captain Gary Neville said his former side were in the title race and it was a challenge that nobody saw coming.

“To go top of the league before Sunday, it feels like a big moment, ” he told Sky Sports.

“Six to eight weeks ago you didn’t think they would be anywhere near. Now something is building, a spirit is growing, you can see the togetherness, ” he added.

Indeed Solskjaer and fans alike should not get carried away.

This is the same Liverpool side, albeit ravaged by injuries, who have beaten Tottenham and Leicester when the chips looked to be down.

Let’s not forget how Jurgen Klopp’s side brushed aside the rest of the teams on their way to winning the league last term in stylish fashion.

Pogba has been in impressive form in the last few games and if he and Bruno Fernandes are on song, then the Liverpool defence will be in for a long evening.

Marcus Rashford and Anthony Martial’s speed will definitely cause problems for the Reds’ rearguard as United will be looking to play on the counter attack and let Klopp’s side dominate possession.

The in-form Scott McTominay is expected to have his hands full trying to fend off Liverpool’s attacking trio of Mo Salah, Sadio Mane and Roberto Firmino, while the ever-dependable Harry Maguire must also be at his best in defence and so must David De Gea in goal.

Klopp’s side have only won four of the last 10 matches in the league and started the year with a lacklustre 1-0 loss at Southampton.

Liverpool are certainly missing their “rock” Virgil van Dijk, and the injuries to Joe Gomez, Joel Matip and new signing Diego Jota have been a huge blow in their quest to defend the league title.

Knowing Klopp and Liverpool, they will most likely get out of their slump sooner rather than later, but momentum is everything and United are definitely motivated.

In the seven seasons since Ferguson retired, United have never been higher than second at this stage of the season.

Solskjaer was right to say after the Burnley match in midweek that nobody remembers what the table looks like in January.

But a win at Anfield looks highly possible.

And it could well signify the beginning of a renaissance for the club. 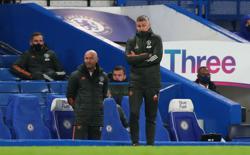 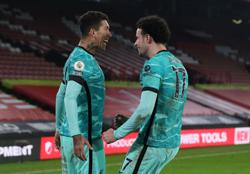