Get your colour palette ready for Autumn/Winter

It’s all about big hair and and bold make-up colours and trends next season.

After a whilwind tour of New York, Milan, London and Paris, the Autumn/Winter 2015 ready-to-wear shows have wrapped up, and the verdict on next season's beauty trends has been delivered.

From the glamorous polish of Milan to the bold playfulness on show in Paris, the runway looks didn't disappoint. Here are five of the need-to-know trends. You will want to be stocking up on eyeliner for this fall. From smudged and grungy at Diane von Furstenberg to chic and feline at Chanel and Oscar de la Renta and downright rebellious at Saint Laurent, the look was everywhere.

Winged eyeliner is officially back; whether you use it to look elegantly classy or gorgeously trashy is up to you. Step aside, pink – this season is all about grown-up red lips. Oxbloods and burgundies ruled the catwalk at houses including Carolina Herrera, while Roksanda Ilincic chose a brighter, more vibrant tone. Led by Gucci in Milan, where the girls sported soft waves, there was a definite trend for slightly undone hair across the shows, resulting in a chic but loose look. Jason Wu also opted for a natural and easy look. 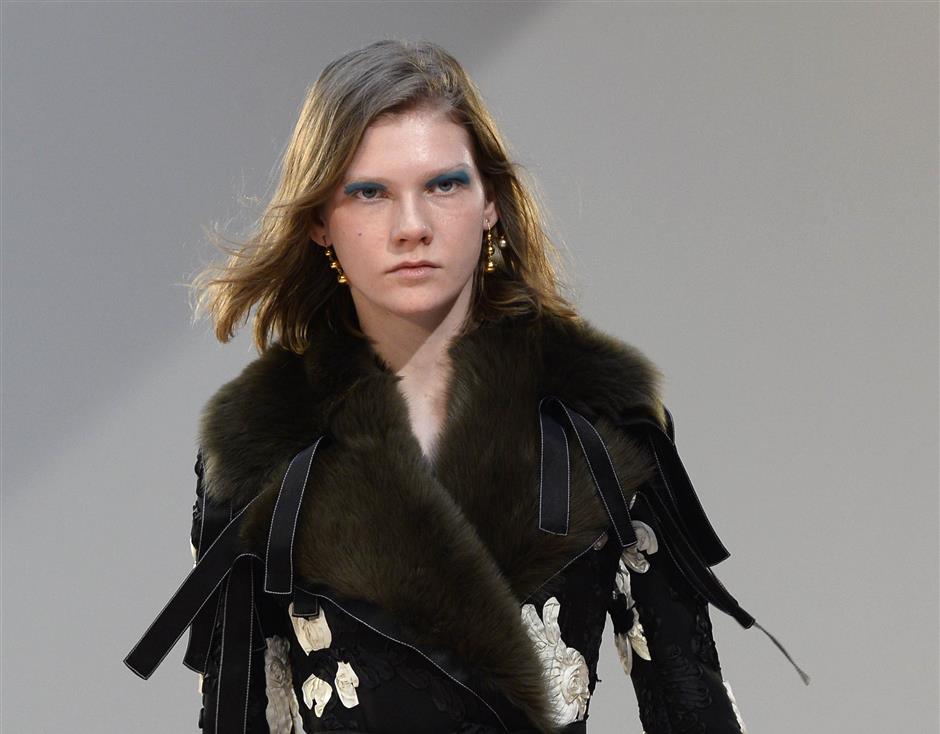 Colour blocking was big news in Paris, where the makeup was bold, conceptual and theatrical. Celine put its stamp on the look with a vibrant stripe of primary blue over the eyelid, while over at Maison Margiela fluorescent hues were painted on in quasi tribal arrangements. Chic and practical, the hair accessory of the season is apparently the headband. It was seen at Chanel, where wispy hairs escaped from classic updos, and at Proenza Schouler to create a stark division between the hair and the face. — AFP Relaxnews