What filmmakers and film buffs are saying about 'The Journey'

Local filmmakers share their thoughts on The Journey's phenomenal success.

It's surprising how a simple film about two different cultures coming together can make such a big impact in the local box office. The Journey tells the story of how Englishman Benji (Ben Pfeiffer) and his Malaysian future father-in-law (Frankie Lee) go on a road trip to hand-deliver wedding invitations.

Released during Chinese New Year this year, The Journey has made over RM17.16mil, beating the previous record holder, KL Gangster (which earned RM11.74mil).

We asked Malaysian filmmakers what they think of The Journey’s success story.

"The director not only did a great job coming up with a good product, he also did a great job promoting the film. At the same time, he has an advantage because of who he is (Chiu Keng Guan is in charge of Astro’s Chinese content). Local producers of independent films can’t afford the same kind of marketing plan.

"But, definitely, the product that he had was good to begin with – something that both the young and the old could watch – and the story hits the heart. And it was released at the right time."

"At a time when the local cinema industry is at its lowest ... to have a hit film like The Journey is great. Of course, it doesn’t hurt that The Journey appealed to all races in Malaysia. As filmmakers, that’s what we want – for everyone to enjoy our movies."

"Your guess is as good as mine on why some good films are successful and others are not. I would say rezeki (blessing) is the best way to describe The Journey’s success.

I am sure a lot of people will be emulating the storyline for The Journey; something may already be in the pipeline. But the outcome may not be the same."

"The story of a young man visiting his future parents-in-law is something anyone can relate to. Especially for me, as I had a Chinese girlfriend."

"When I first saw the teasers, I thought The Journey was a high-end documentary. Although I ended up not watching it, I was impressed by how it was marketed and its success does create a new hope for other filmmakers."

Fans share why they can’t get enough of The Journey:

> “I’ve learned that the love of our parents is boundless. Uncle Chuan really loves his daughter and just wants the best for her – by sending her away to Britain for a better education, as well as celebrating her marriage and adhering to traditions – to the point that he doesn’t want to go to his friend’s wake as it’s pantang (taboo) in Chinese tradition,” says media and marketing executive Sarah Yeoh, who has seen The Journey three times.

> “We do not usually see movies with such a dynamic between father and son-in-law. And they both played their characters so well that they were very believable and true at the same time, which makes this different from other movies,” says corporate account executive Nur Izzati Baharusni, who has seen The Journey three times.

> “Emotions. It doesn’t have to be a horror, slapstick comedy, love centric movie to gain success. The director merely used emotions and the relationships between the main characters to craft a simple enough storyline containing so many elements (East versus West, old versus new, conservative versus open minded) for the movie to take flight, and that is what makes it a beautiful movie,” says public relations associate executive Jason Lioh, who has seen The Journey three times.

The RM17mil man: The Journey director Chiu Keng Guan on going the distance

The secret formula to a film's success

What filmmakers and film buffs are saying about 'The Journey' 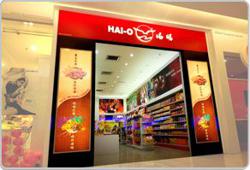