Think of Massachusetts in the United States as Hollywood Northeast. The state’s scenic, urban and historic settings suit all genres and appeal to filmmakers looking for authenticity, from the choppy waters of Martha’s Vineyard, where Bruce the shark terrorised beachgoers in the 1975 blockbuster thriller Jaws, to downtown Boston’s office buildings, where Ryan Reynolds’ Free Guy (2021) transformed the streetscapes.

“Film tourism is a happy benefit of productions,” says John Alzapiedi, assistant director of the Massachusetts Film Office. Although the film office does not track film tourism per se, and visitors may not initially consider the Bay state primarily as a film tourism destination – in comparison to production hubs like Los Angeles, New York or London – there are enough popular films and the long-running Cheers sitcom to draw attention. The Bull & Finch bar across from the Boston Commons, known universally as the Cheers bar because its facade is featured prominently in the sitcom’s opening credits, buzzes today with fans even though the last original episode of Cheers aired in 1993.

On Locations Tours’ Boston Movie Mile walking tour ends outside the famed bar with participants encouraged to sing the hit show’s theme. The show forever changed the neighbourhood bar’s fortunes – now it’s among 30-plus film/TV locations cited on the tour, which traverses the Boston Public Garden (the Good Will Hunting bench near the swan boats is ready for its close-up), Boston Commons (The Departed cast played rugby here) and Beacon Hill (A Civil Action shot in a storied alley).

Massachusetts’ robust film incentives guarantee more locations will soon be must-see. HBO Max’s Julia filmed on the Public Garden’s picturesque bridge; in the Back Bay, the eight-part series made significant use of the Fairmont Copley Plaza’s Oval Ballroom and Presidential Suite. 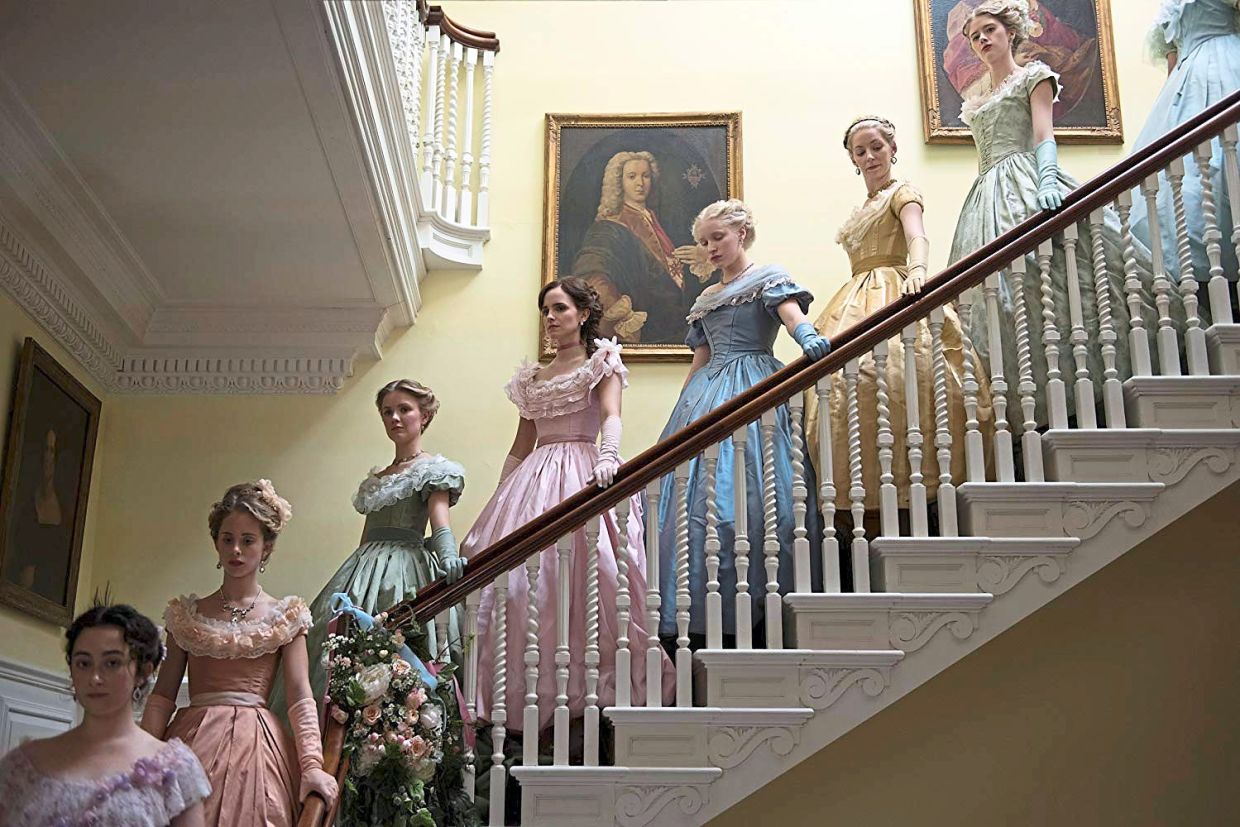 Little Women was filmed entirely in Massachusetts. This particular scene was shot at the Fairmont Copley Plaza. — Handout

The 110-year old property is a director’s dream because of its high ceilings and gilded public spaces – its Grand Ballroom hosted a major moment in Greta Gerwig’s 2019 Little Women. (The film office created a map of film locations for the classic that’s available in several languages.)

“It’s such an iconic hotel that epitomises Boston,” says Ellen Ryan, regional director of sales and marketing, Fairmont Copley Plaza, of the hotel’s distinctive look and ornate early 20th century interiors. Ryan says guests will bring in a photo from American Hustle (Amy Adams and Christian Bale danced under the lobby’s mirrored coffered ceiling) and request a photo of the featured spot in the hotel.

Look for the Copley next in the Will Ferrell and Ryan Reynolds starrer Spirited, and the hotel’s Oak Room bar/restaurant along with Jon Hamm in Confess, Fletch.

Top-tier talent including Hamm, Jennifer Lawrence (who was in Boston for Don’t Look Up) and George Clooney (The Tender Bar lensed on the nearby North Shore) typically lease private homes when on location for extended periods. However, Boston’s list of luxury hotels with world-class amenities and A-list appeal continues to expand.

The 286-room Newbury Boston (across from the Public Garden and on Newbury Street, Zendaya’s go-to shopping street while filming Challengers) is outfitted with a remarkable contemporary art collection and has the city’s hottest and most stylish restaurant, Contessa from Major Food Group, on its view-rich, weatherproof rooftop. Serenely decorated corner suites have ultimate Boston views of classic brownstones and the Boston Common.

The 215-room Four Seasons Dalton, located within an oval-shaped, 61-storey tower, has an equally curvy indoor pool and is home to the buzzy Japanese restaurant, Zuma. The Langham Boston recently emerged from a two-year renovation and is the only hotel with a private screening room: the plush, eight-seat Cinema Suite.

Visitors reliably seek out Jaws locations on Martha’s Vineyard. Events are already in the works for its 50th annivesary in 2025.

“It will be a big thing on the island,” says Carolina Cooney, exec director of Martha’s Vineyard’s Chamber of Commerce. “The film has had a lasting influence on the island and tourism.” – Reuters