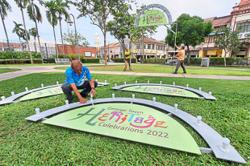 Germany's museum dedicated to electronic music has finally opened in the German city of Frankfurt after years of delays due to the pandemic and financial issues.

The Museum Of Modern Electronic Music (Momem) opened its doors recently with, what else, an electronic music concert launching an exhibition on DJ Sven Vath, the vinyl-only legend of German 1990s nightlife.

Vath himself was among those taking to the turntables as part of an April 6 event kicking off a series of film nights, workshops, club nights and album launches at the museum.

The museum part aims to tell the story of what club culture has contributed to society with a visual and aural journey through electronic music over the decades using sound installations, photography and other visual works.

The Momem is not intended to be a typical museum, said museum director Alex Azary, announcing the launch. Visitors will also be able to experience the “real thing” at Momem, also envisioned as a kind of cultural centre.

In addition to the Sven Vath show, the museum also plans to look at EDM’s origins in Black music and Afrobeat, and how African American drummer Earl Young pioneered the “four on the floor” kick drum beat that still forms the foundation of many electronic tracks today.

Frankfurt, better known as a financial hub, was also home to famous clubs like the Dorian Gray (housed in an airport terminal) or the Omen (a widely known house music club in a car park) and is considered one of the birthplaces of electronic music in Germany.

In addition to a permanent exhibition, it will also feature temporary shows on selected themes, genres, clubs and labels.

Momem was already beset by delays before the pandemic hit. Originally set to open in 2017, the plans were first delayed due to disputes over financing, before further planned opening dates were later pushed back by the pandemic. – dpa 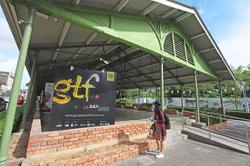