The photo of the plane was first posted by an Instagram user on social media. Photo: @theplanespapanazzi

A plane featuring the livery of new ultra low-cost carrier MYAirline has been spotted at the KL International Airport.

The photo of the plane, which was first posted by Instagram user @theplanespapanazzi, features the carrier's name and logo on a striking red body.

Kuala Lumpur-based MYAirline Sdn Bhd was one of two new airlines approved by Malaysian Aviation Commission's (Mavcom). The other one was Johor-based SKS Airways Sdn Bhd.

According to Mavcom's website, MYAirline has been given a conditional approval for an air service licence (ASL) on Dec 22 last year, which is valid until Dec 31 this year.

That licence allows the company to conduct scheduled passenger and cargo services.

While there have been not much updates, MYAirline has been reportedly on a hiring spree. The carrier's official website currently features many active job listings.

ALSO READ: Understaffed airports and airlines struggle to cope with rush of travellers

Industry response to the newcomer, however, has been mixed.

"My fear for the new airline is that it may derail the sustainability of existing airlines with unnecessarily more capacity which will benefit the consumers, but is it sustainable to the country?" he said during an event earlier this year. 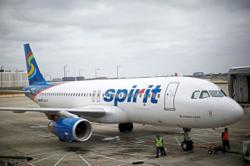