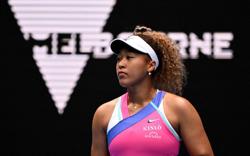 One of the deer getting fed a special, sugar-free ‘deer cracker’ by a tourist. — Photos: TAKEHIKO KAMBAYASHI/dpa

DEER roam across the grass fields of Nara Park, entering a shrine compound and enchanting a throng of Chinese tourists, amazed at how tame they are.

In recent years, the park in the ancient Japanese capital of Nara has been a major draw for people travelling in the country.

The city’s so-called “Deer Park” has been attracting more and more tourists, notably from China, in recent years. They can often be seen taking selfies with the deer – notoriously shy in most other places – and feeding them sugar-free “shika sembei”, the special deer crackers sold at the park.

One Chinese boy starts giving crackers to some deer, and soon more approach him for the food, while his mother runs around, trying to capture images of the boy feeding the animal.

The mother says they like coming to Nara Park to be surrounded by deer. The primary school student from Beijing says he is pleased that his mother has brought him to this western Japanese city.

“I wanted to come here. I really like deer,” he says. “The number of deer has grown in recent years, probably because of all the food given by Chinese tourists,” jokes Yoshitaka Ashimura, an official from the Nara Deer Preservation Foundation.

Deer in Nara Park are considered messengers of the gods. When the capital was built in Nara about 1,300 years ago, the deity, Takemikazuchi-no-mikoto, enshrined at the Kasuga Grand Shrine in the park, a Unesco World Heritage site, is said to have ridden to the city upon a sacred deer all the way from a major shrine in eastern Japan.

Because of this legend, deer in the city have been carefully protected for centuries. They are also designated as a “natural monument” and are a symbol of the city.

Thanks to the deer, Nara enjoyed a sharp increase in the number of visitors from China, despite overall growth in the rest of the country slowing last year, local officials say.

“We used to see a big decline in the number of tourists in winter months. But these days, we have seen many Chinese tourists come to Nara Park all year around,” says Ashimura.

Of the 2.6 million overseas visitors who travelled to Nara in 2018, 45% of them were Chinese. Of the 31 million overseas tourists who came to the country, China, the largest market, accounted for 26%, according to a government report.

In addition to deer in Nara Park, Nara prefecture is also known for its thousand-year-old temples and shrines.

The history and culture of Nara was strongly influenced by China, so Chinese tourists are “more interested in visiting Nara,” says Saeko Yoshioka, a local government official.

Nara, the oldest capital in Japan (710-794), was modelled after the ancient Chinese capital of Changan.

Most visitors are group tourists travelling by bus, explains Yoshioka, and they usually spend three to four days in the Kansai area, which includes Osaka, Kyoto and Nara.

Nara is conveniently located for bus travellers, as it is close to Osaka, Kyoto and Kansai Airport, she says.

Not surprisingly, overseas tourists, especially first-timers to Japan like many Chinese, tend to get tips from major booking and travel sites such as TripAdvisor, which shows the most popular place in Nara as Nara Park.

Some monuments in Nara Park, such as Todaiji Temple, which houses the Great Buddha, are also registered as Unesco World Heritage sites.

“I believe Chinese tourists are attracted to the coexistence of history, nature and culture,” Yoshioka says. – dpa 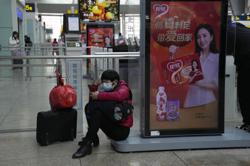