There are now about 50 of these historic trams left in Lisbon, Portugal. — Reuters

The clatter of Lisbon’s trademark yellow trams in Portugal has been echoing through the cobbled streets for over a century but, as more and more of them are retired from service, one man is on a mission to keep the tradition alive.

In a warehouse north of the city, Paulo Marques has been collecting and restoring old, rusty trams since his first acquisition in 1996.

“When I bought the first tram people didn’t really care, but there is more respect now, ” the 48-year-old said as he stood inside the warehouse packed with 13 trams and equipment to fix them. “The tram became the city’s postcard.”

Trams have been transporting Lisbonites up and down the city’s hilly streets since 1901 and they are still popular. In recent years locals have complained about often being unable to use them for their daily commutes due to hoards of tourists eager to experience the most iconic routes.

Before buses and the metro began dominating the city transport system from the 1960s onwards, hundreds of trams circulated on more than 100km of tracks. Now there are about 50 historic trams left.

Marques, who also owns a tram-themed restaurant in downtown Lisbon, became hooked on his journeys to school as a boy.

With few resources and little equipment, he and his associates often use their bare hands to repair the trams, which date back as far as 1906. Their newest acquisition is from 1961.

It can take up to five years to bring them back to life but it is always worth the wait to see them move along the short piece of track he has installed outside.

“Anyone who comes here, whether they like trams or not, is dazzled by the collection, ” a proud Marques said. “Collectables are usually small, not life-size. This is unique.”

His goal is to make sure people do not forget the tramway’s contribution to Lisbon’s history and its expansion as a city. He sometimes hosts groups of enthusiasts but keeps the location of the warehouse low key after some of his equipment was stolen.

His ultimate dream is to open his own tram museum.

“If something happens to me, this will have continuity, ” he said as he looked at his 14-year-old son, who is equally passionate about trams. “In his generation, it will be easier for my dream to come true.” – Reuters

Travel the world and save on your accommodation with Hotels.com Promo Code 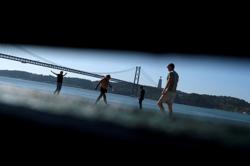 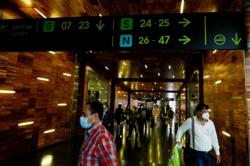