Every time Grace Chia waits patiently to board the plane at the airport, she carefully browses through the pages of her passport. She will trace the passport stamps collected from the various countries she visited and reminisce about her past travels throughout the years.

“Every country has their own unique passport stamp designs. While looking through them, I feel a sense of contentment thinking of all the different places I have visited,” the medical executive from Selangor says.

The passport stamps are all different – some are oval in shape while others are rectangular or triangular. The many colours and designs all beautifully decorated the pages of Chia’s passport.

Aesthetics aside, it’s the memories etched within the pages of her passport that strike a sentimental chord in Chia.

“Looking at the passport stamps will bring back memories that I have at a particular country or destination,” she says. The stamp from Macau International Airport brought back fond memories of a family holiday with her parents and siblings.

The Taoyuan International Airport stamp, meanwhile, is a sweet reminder of a “babymoon” in Taiwan with her husband, before the birth of their daughter.

These days, however, Chia’s passport is safely tucked away at her childhood home in Petaling Jaya.

For many avid travellers, the passport is an ironic reminder of impeded mobility as the world continues to battle the coronavirus, with prolonged travel restrictions in many countries. Many travellers have been deprived of the joy of collecting new passport stamps during their travels amid the pandemic. — HENRY THONG/ConvertKit/Unsplash

It was recently revealed in the newest edition of the Henley Passport Index that the Malaysian passport is the 13th most powerful in the world.

Malaysia moved up one place from last year, with Malaysian passport holders currently having visa-free access to as many as 177 countries.

Within South-East Asia, Malaysia’s passport still retains its position as the second most powerful passport in the region, behind Singapore (which is second in global ranking).

The Henley Passport Index, based on data from the International Air Transport Association (IATA), is the original ranking of all the world’s passports according to the number of destinations holders could access without a prior visa. The Malaysian passport was recently ranked the 13th most powerful passport in the world. — Filepic

Having the “world’s most powerful passport” would have been a bragging right in a pre-pandemic landscape. But with many countries still remaining in some form of lockdown and citizens encouraged to stay home, does such an accolade even matter any more?

(Our initial report of the ranking, published online recently, garnered many negative responses from readers, mostly saying that the ranking does not matter since we are not allowed to travel.)

Chia, too, wasn’t impressed when she found out about the results of the latest Henley Passport Index.

“It’s good that our passport has moved up the ranking, but it’s not as if we can do anything with it now,” she says with a laugh. Like most Malaysians, Chia wasn't impressed when she found out about the results of the latest Henley Passport Index. — GRACE CHIAHer reservations are valid as leisure travel is still largely restricted around the world. Globally, healthcare frontliners continue to grapple with an alarming spike in Covid-19 cases and new deadlier variants.

Henley & Partners chief executive officer Dr Juerg Steffen says while there is cause for optimism in the index’s latest results, it must be tempered with the fact that “international travel continues to be significantly obstructed”.

“The fact is that cross-border travel remains a remote possibility for many, and particularly leisure travel,” he says.

And even if you have the most high-ranking passport on the index, Steffen cautions that there’s a “gulf between theoretical and actual travel access”.

This is due to the simple reason that most countries around the world have still shut their borders to international visitors.

Under current travel restrictions, holders of the Japan passport (which ranked first with visa-free access to 193 countries) can travel to fewer than 80 destinations amid the pandemic. This is equivalent to the passport power of Saudi Arabia, which sits way down in 71st place in the Henley Passport Index.

Meanwhile, holders of the Singapore passport can access fewer than 75 destinations (equivalent to the passport power of Kazakhstan at 74th place). 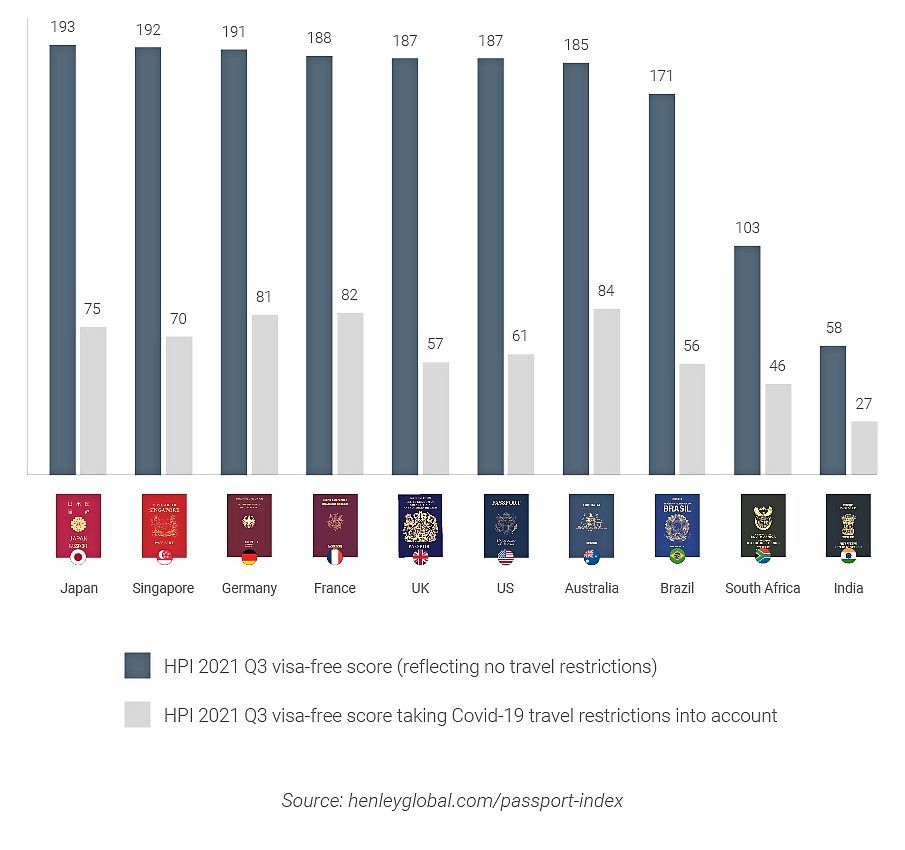 When compared to the actual travel access currently available even to the holders of top-scoring passports, Steffen said the picture looks very different. — Henley & Partners

According to the United Nations World Tourism Organisation (UNWTO), there was a 97% drop in international travel in April last year compared to April 2019.

Between January and March this year, international travel improved marginally to 88%, with business and essential travel being the primary drivers. Even then, international mobility had been restored to just 12% of pre-pandemic levels in the same period in 2019.

The resumption of travel is something that is extensively discussed in the Henley & Partners Global Mobility Report 2021 (Q3), with commentaries from various stakeholders.

The reality is that international travel will continue to show weak recovery, at least in the near future. It’s a thought held by political science researchers Ugur Altundal (of Syracuse University) and Omer Zarpli (of University of Pittsburgh).

“Although halfway through 2021 most countries maintain relatively open borders, except to visitors from high-risk countries, the situation remains extremely volatile. In tandem with the easing of border restrictions by some countries, the number of international travellers is increasing, albeit painfully slowly,” they explain. For some, the passport is a reminder of impeded mobility as travel restrictions remain in most countries. — HENRY THONG//Unsplash

Global mobility, according to the researchers, remains largely inhibited.

“After the initial shutdown that effectively grounded international travel, the past 12 months have seen many governments gradually relaxing border restrictions while maintaining bans on visitors from countries experiencing surges in cases or where virulent new Covid-19 variants have been detected,” they say.

ALSO READ: Vaccinated people are booking vacations already, when can Malaysians do so too?

However, tourism isn’t exactly back on track. Both researchers pointed out that in early July, a handful of countries (including Australia, Argentina, Canada, New Zealand, and Japan) maintain total border closure to most international visitors.

A silver lining here can be seen by ramping up global vaccination efforts, say Altundal and Zarpli.

“The availability of vaccines has somewhat accelerated normalisation efforts, notwithstanding significant gaps in vaccination rates between developed and economically developing nations,” they say, adding that most countries require travellers to provide proof of vaccination or a negative PCR test.

The ramping up of vaccinations have also led to conversations surrounding a new kind of travel document – the so-called “vaccine passport”, or health passport.

“While it’s easy to get lost in ethical arguments surrounding so-called ‘Covid-19’, ‘immunity’, or ‘health’ passports and the discriminatory effects of their global enforcement on people who choose not to be vaccinated, one thing seems clear: Moving forward, relatively unrestricted international travel will be possible only for holders of such passports, in whatever form they may eventually take,” he explains.

The vaccine passport has been introduced in one form or another by both governments as well as non-governmental entities. 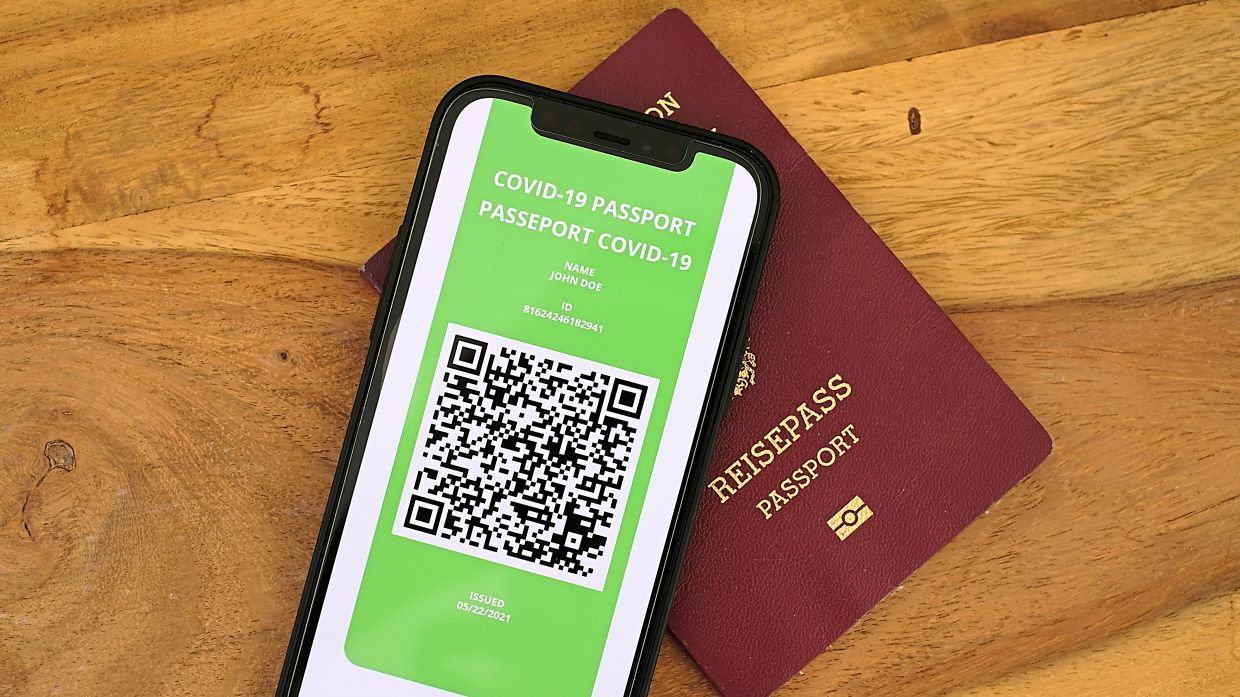 Beginning July 1 this year, the European Union Digital Covid-19 Certificate is officially available to all EU citizens and residents, as well as specific categories of travellers from third countries. Holders of the document are able to travel within the EU as well as Iceland, Switzerland, Liechtenstein and Norway without any restrictions.

Elsewhere, IATA – which represents nearly 300 airlines worldwide – has launched the Travel Pass initiative. The IATA Travel Pass lets travellers store and manage their verified certifications for Covid-19 tests or vaccines on a mobile app. It was trialled by Malaysia Airlines on its Tokyo and Melbourne routes back in May.

The World Health Organisation (WHO) however, does not support the implementation of a vaccine passport, citing several reasons. It states on its website: “... it is WHO’s position that national authorities and conveyance operators should not introduce requirements of proof of Covid-19 vaccination for international travel as a condition for departure or entry, given that there are still critical unknowns regarding the efficacy of vaccination in reducing transmission.”

WHO also stated that “preferential vaccination of travellers could result in inadequate supplies of vaccines” for countries and populations that are considered at high risk of severe Covid-19 infections.

“WHO also recommends that people who are vaccinated should not be exempt from complying with other travel risk-reduction measures,” the organisation says. This is also something the European Commission advises for all travellers planning to visit the EU.

The trouble with all these efforts promoting health passports, according to Maciejewski, is that there is no alignment among stakeholders.

“While there are hundreds of attempts around the world to provide a return path to ‘normality’ using (mostly digital) health passports, there remains many unanswered questions and a lack of global consensus, and there is no worldwide initiative to homogenise governmental and non-governmental activities,” he shares.

Maciejewski adds that the vaccine passport would need to iron out issues such as accredited health screening, political and diplomatic considerations as well as privacy issues.

“Unfortunately for global citizens and would-be international travellers, rules and regulations change almost daily, making it difficult to track, and often to make sense of, the myriad rules put in place, abandoned, or changed when it comes to travel and to health passports in particular,” he says. 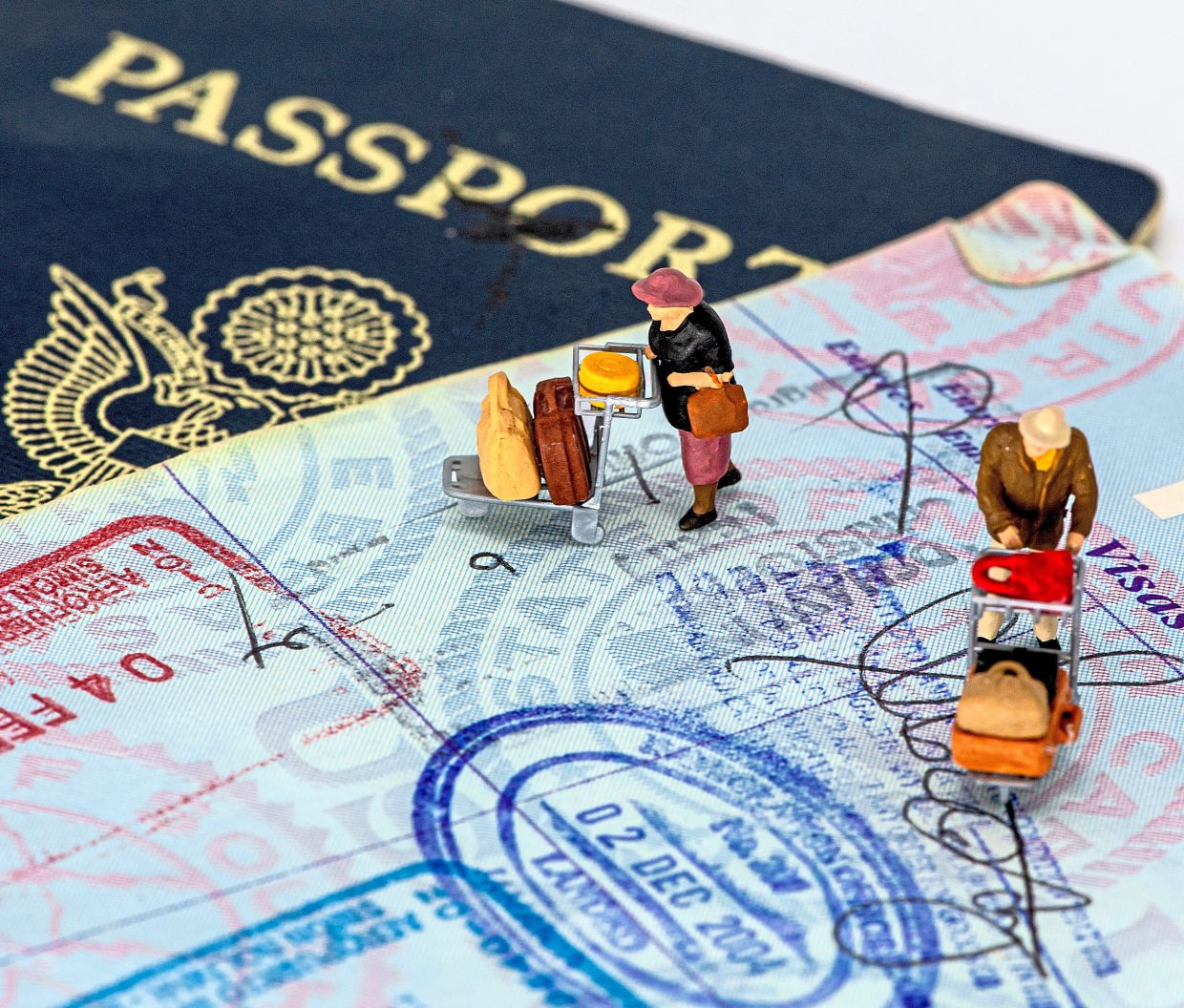 Vaccine or health passport would need to iron out issues such as accredited health screening, political and diplomatic considerations as well as privacy issues. — MANA5280//Unsplash

Maciejewski admits that there’s no clear answer as to the future prospect of health passports.

“It took 50 years to establish the internationally accepted ‘nationality’ passport system we have today, while barely a year has passed since the pandemic was declared, and even less time since the various health passport initiatives have been started,” he says.

For many avid travellers like Chia, any kind of measure that would ensure a safer passage is much welcomed.

“A vaccine passport would give me assurance to travel,” she says, adding that she would prefer a digital document that’s more convenient to use, when it’s safe to travel again.

Until then, Chia, like most Malaysians, cannot go anywhere with their valid passport – not even a short trip to a neighbouring district or state to visit loved ones.

Malaysia moves up 'world's most powerful passport' ranking amid pandemic