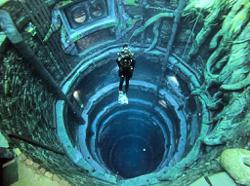 A Sabahan tour guide, Tham Yau Kong, was recently honoured by the Australian High Commission for his contribution in researching and identifying the Sandakan-Ranau Death March route in Sabah during the Japanese Occupation.

TYK Adventure Tours manager, Tham, 60, said that he received a letter of appreciation signed by the Australian High Commissioner to Malaysia, Andrew Goledzinowski, dated April 29. The letter was presented to him by the Australian Honorary Consul to Sabah, Datuk Andrew Sim.

The letter mentioned that Tham’s research had created new interests on chapters in Australian military history that have yet to be explored, especially the Sandakan-Ranau Death March, and helped to provide valuable insight into the World War II incident in Sabah.

“The letter also said that my research had strengthened Australia-Malaysia military and community ties, promoted bilateral relations, and helped preserve the memory and courage of the fallen heroes, and their contributions to the liberation of Malaysia.

“The Sandakan-Ranau Death March began at the Sandakan prison camp at Batu 8, and ended at the Ranau prison camp, spanning a total distance of 265km, and took 10 days to complete, ” Tham said when met by reporters in Kota Kinabalu recently.

The Sandakan-Ranau Death March was the route used by the Japanese army to move Australian and British prisoners of war, which led to the deaths of 2,428 prisoners during the incident in 1945.

“In-depth information and details provided by villagers were the main sources in locating the Sandakan-Ranau Death March route... wartime artefacts and remains were found in Lolosing Forest, which is a restricted area as it was the Japanese army’s ammunition dump, ” he said.

He added that the historic Sandakan-Ranau Death March route was opened officially in March 2006, and documented by ABC Channel Nine, an Australian television channel.

Tham hoped that the route would be promoted as a tourism product so that Sabah would be better known in the historical tourism sector that is capable of attracting Australian and British tourists.

“Locals are less interested in historical tourism compared with the Australians and British, especially those from the military who enjoy exploring the route, ” he said.

He added that he felt lucky to have had the opportunity to show part of the trail personally to Goledzinowski during his visit to Sabah from Aug 15 to 16 last year, in conjunction with the Sandakan Memorial Day. – Bernama 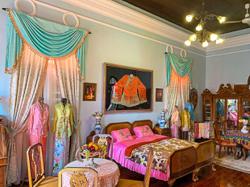 Take a dive in the world’s deepest pool
Male tourists didn't use rolling luggage in the past because it's 'unmanly'
Museums in Penang hanging by a thread amid the pandemic Premium
Travel tips at the airport in a post-pandemic world
Paris aims to launch midnight train to major European cities by 2024
Sabah mountain guides turn to farming to generate income
Langkawi targets tourism growth in Q4
What�does it take to restart tourism in Malaysia and all over the world?
Malaysians need to reconsider the way they pack for a post-pandemic holiday Premium
Tokyo Olympics 2020: Japanese Games mascots are too 'kawaii' to handle Premium