Farewell to Hotel Equatorial Penang, my uncle's pride and passion 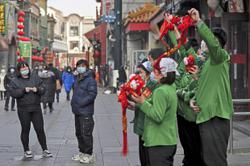 The writer’s family photo taken in 1950. His uncle Kong Wai, founder of Hotel Equatorial Penang, is standing third from right. His grandfather (sixth from right) and granduncle (fifth from left) are on the second row. The writer himself was just a baby; he is being carried by his mother (far left). — GAN CHEE KUAN

A reader shares fond memories of his uncle’s hotel in Penang, which is forced to close down:

I was sad to read the recent news of the closure of Hotel Equatorial Penang. A friend had forwarded me a message containing a letter sent to the hotel staff. It mentioned: “... the adverse business conditions caused by Covid-19” as the reason for the closure.

The hotel is one of the iconic landmarks in Penang, built in the late 1980s on a hillock in Bukit Jambul, Bayan Lepas. I always stayed at the hotel during my working days as I liked its immense swimming pool and the surrounding lush landscape.

My uncle, Datuk Lim Kong Wai (my mum’s cousin), is the founder of Hotel Equatorial Penang. It was the crown jewel of the Hotel Equatorial chain in Malaysia and was the pride and passion of my uncle.

Sometimes when I checked into the hotel, I would enquire with the staff whether Uncle Kong Wai was there as I knew that he frequently flew in from Kuala Lumpur.

One day, he walked me through the hotel garden and he stopped at every beautiful plant to explain its characteristics. He also showed me the hotel’s unique column-free grand ballroom and iconic eateries, Kampachi and Golden Phoenix Restaurant.

Uncle Kong Wai is the eldest son of my granduncle Lim Kah Ngam, the younger brother of my maternal grandpa Lim Kah Song. The brothers left their hometown of Jinghaizhen in Guangdong Province, China in the 1920s for Singapore, and later moved to Batu Pahat, Johor to establish the Bee Chai Sawmill Pvt Ltd Company. They were men of vision, and they studied English determinedly and could communicate fluently with the English officials.

His foray into hotel development was accidental: He turned his British Servicemen Apartments project in Bukit Timah Road, Singapore into the first Equatorial Hotel when Britain announced the closure of its military base in Singapore in the early 1960s.

My grandpa passed away in 1951 at the age of 59. Granduncle Kah Ngam lived up to the ripe old age of 89 and left behind his legacy of many great buildings in Malaysia and Singapore when he passed on in 1998.

The closure of Hotel Equatorial Penang would be difficult emotionally for my uncle Kong Wai although he is no longer actively involved with the hotel.

My heart goes out to the hotel staff who will add to the statistics of those who have lost their jobs due to the pandemic. 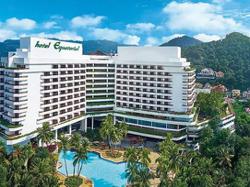 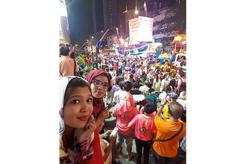 Malaysian travellers share the joy of discovering airports Premium
Can low-cost Malaysian airlines help post-pandemic tourism recovery?
Tourists flock to the coolest igloo in Kashmir amid Covid-19
Famous ‘kawaii’ cafe in Tokyo closes down due to the pandemic
South Korea to spread hallyu love to travellers and K-pop fans
Into the green we go in Taman Negara
Langkawi's Pantai Cenang voted one of Asia's top 25 beaches
On top of the world in Kathmandu
Federal territories: What can Malaysians see and do at KL, Putrajaya and Labuan? Premium
Take a walk through the forest of giant trees in New Zealand