The Terengganu government will continue to promote Kenyir Lake as an eco-tourism destination and focus on the conservation of the area’s flora and fauna.

State Tourism, Culture and Digital Technology committee chairman Ariffin Deraman said this could be seen through the organising of the 12th edition of ASEAN Monsoon Casting Tournament (AMCT), a catch-and-release fishing tournament, this year.

“It is a known fact that Kenyir Lake has renowned gamefish such as hampala (sebarau), giant snakehead (toman) and arowana (kelisa). The AMCT at Kenyir Lake not only brings together casting enthusiasts but also helps preserve the marine ecosystem’s diversity and boosts conservation efforts at the lake, making it a prime eco-tourism destination,” said Ariffin at the recent 2020/2021 AMCT Special Edition event in Terengganu.

Ariffin also said that in line with Visit Kenyir Year 2021, the Terengganu government would launch Kenyir Lake’s tourism activity calendar in the near future to attract more tourists to the man-made lake.

“We have planned many events to encourage tourism activities at Kenyir Lake. These include Kenyir Lake Festival, Jetrace Challenge, Kenyir Bird and Nature Quest and the closing event will be this programme (AMCT),” he said.

In addition, Arrifin said that the construction of a 150-room hotel at Pulau Poh, Kenyir Lake is now 85% complete and is scheduled to begin operation at the end of the year.

“Only the main hall of the hotel is incomplete. Once the hotel is operational, we will turn Pulau Poh into a duty-free area bigger than what we currently have (at Pengkalan Gawi),” he said. – Bernama
Article type: metered
User Type: anonymous web
User Status:
Campaign ID: 18
Cxense type: free
User access status: 3 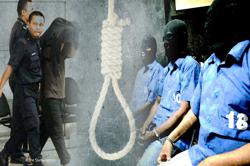 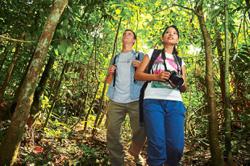 Into the green we go in Taman Negara
Langkawi's Pantai Cenang voted one of Asia's top 25 beaches
On top of the world in Kathmandu
Federal territories: What can Malaysians see and do at KL, Putrajaya and Labuan? Premium
Take a walk through the forest of giant trees in New Zealand
Can Malaysians travel again with the arrival of the Covid-19 vaccine?
Covid-19: Full refund for cancelled flights is 'matter of principle', says Matta
Saying no to vaccine tourists
Travel group on Facebook keeps Tokyo in our mind
Free Go KL bus adds Chocolate line, connecting Wangsa Maju to Sri Rampai LRT