Bridge for animals in India is the latest selfie stop 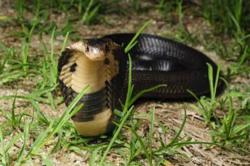 A unique bridge has been built for the safe passage of animals above a busy highway in Uttarakhand. — Uttarakhand Forest Department/dpa

A bridge made just for snakes, lizards and porcupines in the forested hills of northern India has become the latest selfie stop for tourists headed to a popular Himalayan hill station.

Forest Department officials in Uttarakhand state built the bridge for reptiles and small animals to cross a busy highway without fear of getting crushed.

The “eco-bridge” composed of jute ropes and bamboo planks is suspended 12km above the highway that runs through dense jungle to the popular hill destination Nainital.

“The drivers can’t see them as they are close to the ground unlike bigger animals like leopards, deer and elephants which can be seen from a distance. It is also difficult to stop the car at the last minute on the bend, ” Joshi said.

The bridge measuring around 27m in length and 1.5m in width has been built near a point where the road ahead takes a U-shaped downhill curve.

The forest officials are now adding grass and moss and growing creepers on the jute and bamboo structure to make it more like the forest habitat around so that the animals use it instead of the road.

The local forests have a variety of snakes including the python, monitor lizards and a host of small creatures.

Such small animals and reptiles are as critical to the ecological food chain of forests as larger animals and they need to be protected too, Joshi said.

“We have placed cameras to see if animals use it... It is a first of its kind experiment in this region.”

But for now the bridge seems to be catching the attention of more tourists than animals.

“The bridge has become a bit of a tourist attraction and we hope it will help to create awareness about local flora, fauna and the ecosystem, ” Joshi said.

He was a tad worried that enthusiastic tourists should not try and climb the bridge though it can take the weight of up to three humans.

“We have regular patrolling in the area to ensure this does not happen.” – dpa 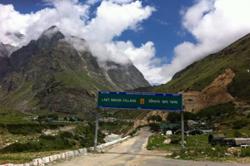