The majority of Neuschwanstein Castle tours are usually in English, but these days visitors are mostly Germans.

Whether at the museum or in front of a castle, where crowds normally gather, this holiday season there are only a few, spaced-out groups, all wearing face masks.

If you’re lucky enough to be a tourist in Germany right now, you’ll likely have the rare opportunity of snapping a lone selfie with an empty historic landmark behind you. Some restrictions do apply, however.

Normally, Hamburg’s iconic Elbe Philharmonic building is crowded with visitors. From the viewing platform at a height of 37m, you get a spectacular view over the city’s port.

But during the pandemic, you might get lucky with some free tickets and no queue. The famous curved escalator is also often empty and will offer rare selfie opportunities on your own. The Elbphilharmonie recommends booking visits online.

Visiting Cologne’s towering cathedral might more difficult now than before the pandemic, but it’s worth it to see it without the crowds. With only 300 visitors allowed in at one time, there are long queues, especially at weekends. Once you’re inside, the experience is all the more impressive, with the third tallest church in the world a lot emptier than normal.

In the silence, the ringing of a clock bell is deafening. Before the pandemic, you couldn’t hear the clock, drowned out by the sound of thousands of visitors.

Climbing the tower involves longer waiting times, mind, as the stairwell is open alternately for going up and down, ensuring safe distancing is observed on the narrow spiral staircase.

From the terrace of the Reichstag government building you can see the Berlin skyline or look down through the glass dome into the debating chamber.

The Reichstag dome is not open to politicians until the end of September and tourists must register to visit, meaning you can skip the usual hour-long queues.

There are also fewer people in Berlin’s museums, with access limited and visitors required to reserve time slots. It’s also a rare opportunity for tourists to visit popular attractions like the Nefertiti Bust in the Neues Museum in peace.

“People are generally being considerate and complying with the rules, ” say museum staff. The number of visits in 2020 will remain significantly below those of previous years. Currently, 30% of the previous year is expected. In 2019 there were 4.2 million visitors in total.

Due to the pandemic, the romantic ruins of Heidelberg Castle are far quieter than usual. Instead of 4,000 visitors a day, only half that are visiting the Imperial Hall and the gardens. “It’s a more intimate experience, ” says head of the castle administration Michael Boes.

After being closed for more than eight weeks, the Dresden Frauenkirche (Church of Our Lady) has been open again since mid-May. However, access to the dome and the church is greatly reduced. Only 50 people may visit the dome at one time, in the church only 40 people and at concerts only about 350 of the 1,660 seats can be occupied.

In the first half of the year, only about a third of visitors came to the 18th century church, which was destroyed at the end of World War II and rebuilt in the 1990s.

King Ludwig II was shy and found solitude in Neuschwanstein Castle. Shortly after his death in 1886, his refuge once again became filled with life when it was opened to visitors.

Until recently, 6,000 people a day strolled through the “fairytale king’s” castle. During the pandemic there are 1,080 per day, as the Bavarian Palace Administration announced.

Known as the inspiration for the castle on Disney’s logo, Neuschwanstein is a major attraction for tourists from abroad and 28% of tours are usually in English, 19% each in German and Mandarin.

During the pandemic, this has changed to 66% of tours are being in German. It’s been an interesting experience for castle guide Patrick Korb; he never could have imagined leading groups of only 10 people around.

If you take the trip up to Neuschwanstein Castle by horse and carriage, you can expected to be separated from other people in the carriage by a new plastic wall. – dpa 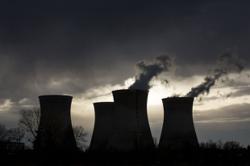 Can low-cost Malaysian airlines help post-pandemic tourism recovery?
Tourists flock to the coolest igloo in Kashmir amid Covid-19
Famous ‘kawaii’ cafe in Tokyo closes down due to the pandemic
South Korea to spread hallyu love to travellers and K-pop fans
Into the green we go in Taman Negara
Langkawi's Pantai Cenang voted one of Asia's top 25 beaches
On top of the world in Kathmandu
Federal territories: What can Malaysians see and do at KL, Putrajaya and Labuan? Premium
Take a walk through the forest of giant trees in New Zealand
Can Malaysians travel again with the arrival of the Covid-19 vaccine?