Food poisoning aside, Malaysian friends had a holiday to remember in India 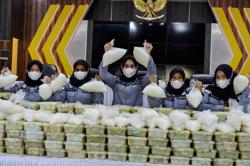 The Hawa Mahal palace in Jaipur is one of India’s best-loved landmarks. — Bernama

A good three years have passed since my colleagues and I toured the famed Golden Triangle – New Delhi, Agra and Jaipur – in North India. I often reminisce the wonderful memories of that tour, more so now during the Covid-19 pandemic when overseas leisure trips are a definite no-no.

The idea for the trip came about some time in late 2016 while my colleagues Yasmin, Fatin and Cecilia, and I were having lunch. Yasmin asked if we were game for a holiday in India. Being a seasoned backpacker, the thought of touring India excited me. After all, it is the dream destination of backpackers all over the world.

Yasmin, who had participated in a humanitarian mission to India several years back, shared her experiences of the places she had visited such as Kolkata in West Bengal, and Kashmir and Punjab.

The girls and I wasted little time in planning our trip but Yasmin had to opt out due to personal reasons. Finally, Fatin, Cecilia and I, as well as another colleague Shafiah, hopped on a flight to the Indira Gandhi International Airport in New Delhi, to begin our 12-day holiday in North India.

We arrived at our destination at about 11pm local time (there is a two-and-a-half-hour difference between India and Malaysia) and from the airport, we took a metered taxi to our hotel in Paharganj located close to the city’s central railway station as we were taking the train to Agra the next morning.

Knowing that trains were a popular mode of transport for Indians, we had to take a ride in one. As we made our way to the crowded railway station lugging our heavy backpacks, we were swarmed by touts who offered us tickets to various destinations.

Having been warned of scammers preying on unsuspecting tourists, we walked past them and went to the International Tourist Bureau section on the first floor of the station where we purchased tickets for our three-and-a-half hour train journey to Agra. The city is synonymous with one of the Seven New Wonders of the World, Taj Mahal. 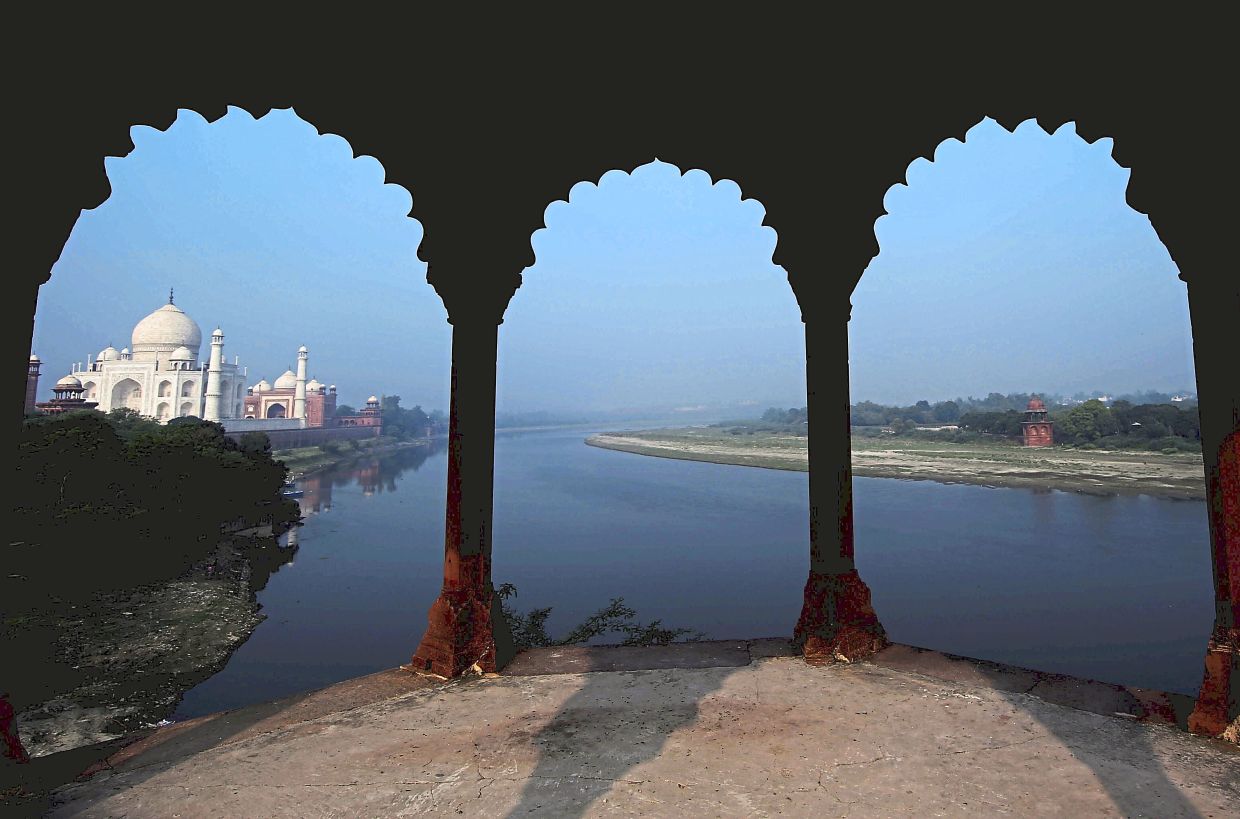 The majestic Taj Mahal as seen from the Yamuna river banks in Agra. — AP

From the Agra Cant Railway Station, we took a taxi to the Taj Mahal site. Visitors have to pay an entrance fee of 1,000 rupees (about RM60); they also get a free bottle of mineral water and a pair of socks which they have to wear when they go inside the monument as footwear is not allowed.

The weather was sweltering that afternoon when we set foot on the resplendent ivory-white mausoleum, which was built in 1631 by Mughal emperor Shah Jahan as a symbol of his love for his wife Mumtaz Mahal who died just after giving birth to their 14th child. Shah Jahan and his beloved wife’s bodies are believed to have been buried in a crypt inside the Taj Mahal.

The most memorable part of our visit to the Taj Mahal was witnessing the sun setting as dusk fell and a heavenly golden orange glow enveloped the sky. We were told that the sunset colours in the immediate surroundings of the monument change in accordance with the weather and temperature because, being made of pure white marble, it can reflect the sunlight.

Agra has other attractions such as the Agra Fort, Fatehpur Sikri and Baby Taj but we did not have enough time to visit them as we had to leave for Jaipur at 8am the next day.

Jaipur, capital of India’s largest state of Rajasthan, is also known as the Pink City as most of its buildings are painted in pink. This ancient city is a magnet for tourists as it houses elaborate palaces and buildings such as Hawa Mahal, Jai Mahal, City Palace and Amber Fort.

Our plans suffered a temporary setback when my travel mate Fatin suffered a bout of food poisoning. Earlier, after touring and snapping photos of the magnificent Hawa Mahal, we stopped at a nearby restaurant to have a cold drink as it was so hot.

Throughout our trip, we had been drinking only bottled drinking or mineral water as we had been warned of the danger of drinking unfiltered piped water in India.

At the restaurant, Fatin ordered a soft drink but made the mistake of drinking it with ice. Ice was obviously made from piped water but, at that moment, this fact did not occur to any of us. On our way back to our hotel in Jaipur, Fatin already started feeling queasy and vomited several times later that night.

Her condition didn’t improve the next morning but still, we went ahead with our plan to visit Amber Fort. But we had to cancel the visit to the City Palace in the afternoon as Fatin was not getting better.

We decided to take her to a clinic but all the clinics in that area were closed that afternoon and would only reopen after 7pm. As soon as its door opened, we rushed Fatin to the doctor who treated her immediately. After the treatment, we hurried to the railway station to return to New Delhi.

Our 12-day tour of India was like a roller coaster ride with some twists and turns but, most importantly, we returned home with our minds chock-full of pleasant memories.

We were amused by the antics of the local men who would think nothing of urinating by the roadside in full view of the public. We were also stared at often. And, we had our share of interactions with fraudsters who were actually rather aggressive, including taxi drivers who were rude to us when we turned down their “tour packages”.

During our visits to several old mosques in Agra and New Delhi, I observed that their azan or call to prayer, as well as the way the local Muslims prayed, differed from that of Malaysians. I was told that the Muslims in India belonged to a different mazhab or school of thought. From whatever I had observed and savoured during our short trip to India, I found the locals’ culture and traditions colourful and interesting. I would love to return to India. – Bernama

South Korea to spread hallyu love to travellers and K-pop fans
Into the green we go in Taman Negara
Langkawi's Pantai Cenang voted one of Asia's top 25 beaches
On top of the world in Kathmandu
Federal territories: What can Malaysians see and do at KL, Putrajaya and Labuan? Premium
Take a walk through the forest of giant trees in New Zealand
Can Malaysians travel again with the arrival of the Covid-19 vaccine?
Covid-19: Full refund for cancelled flights is 'matter of principle', says Matta
Saying no to vaccine tourists
Travel group on Facebook keeps Tokyo in our mind