This Malaysian tour group was the first to visit Langkawi, after months of travel restrictions

The Langkawi Sky Bridge, one of the island’s highlights, is easily accessible by the Langkawi Cable Car.

After 107 days under the movement control order (MCO), I finally boarded a plane once again for a short flight from Subang, Selangor to Langkawi, Kedah, as a tour guide.

Despite having flown countless times over the past three decades, I can’t help but be moved by this particular journey. It never crossed my mind that a trip within Malaysia under a “new normal” environment could be such a big deal.

The airport was eerily deserted, and a strange feeling overcame me as we walked along the empty halls. Perhaps our arrival had lifted the spirits of the airport workers a little.

As I was busy greeting my 42-member tour group, a seven-year-old girl suddenly rushed towards me and hugged my leg. She simply couldn’t contain her excitement of being able to travel again!

I’m sure everyone in the group was just as overwhelmed as the girl. It was just a three-day, two-night trip, but since many of us have been cocooned at home for months, we all welcomed the holiday. Plus, we were doing our bit to help revive the country’s tourism industry.

During the MCO, we had to modify our lifestyle and embrace the unfamiliar. Being able to travel out of town for a holiday is really satisfying now. Perhaps we only learn to appreciate something after we have lost it.

We flew with Firefly and I found out that we were the first group to fly with the airline post-MCO. As a token of appreciation, we were all given a small aircraft model.

It’s hard to imagine how an industry that previously expected to reap some RM100bil in tourist receipts this year – as part of the projected numbers for Visit Malaysia 2020, which has now been cancelled due to Covid-19 – could work itself out of the current situation. 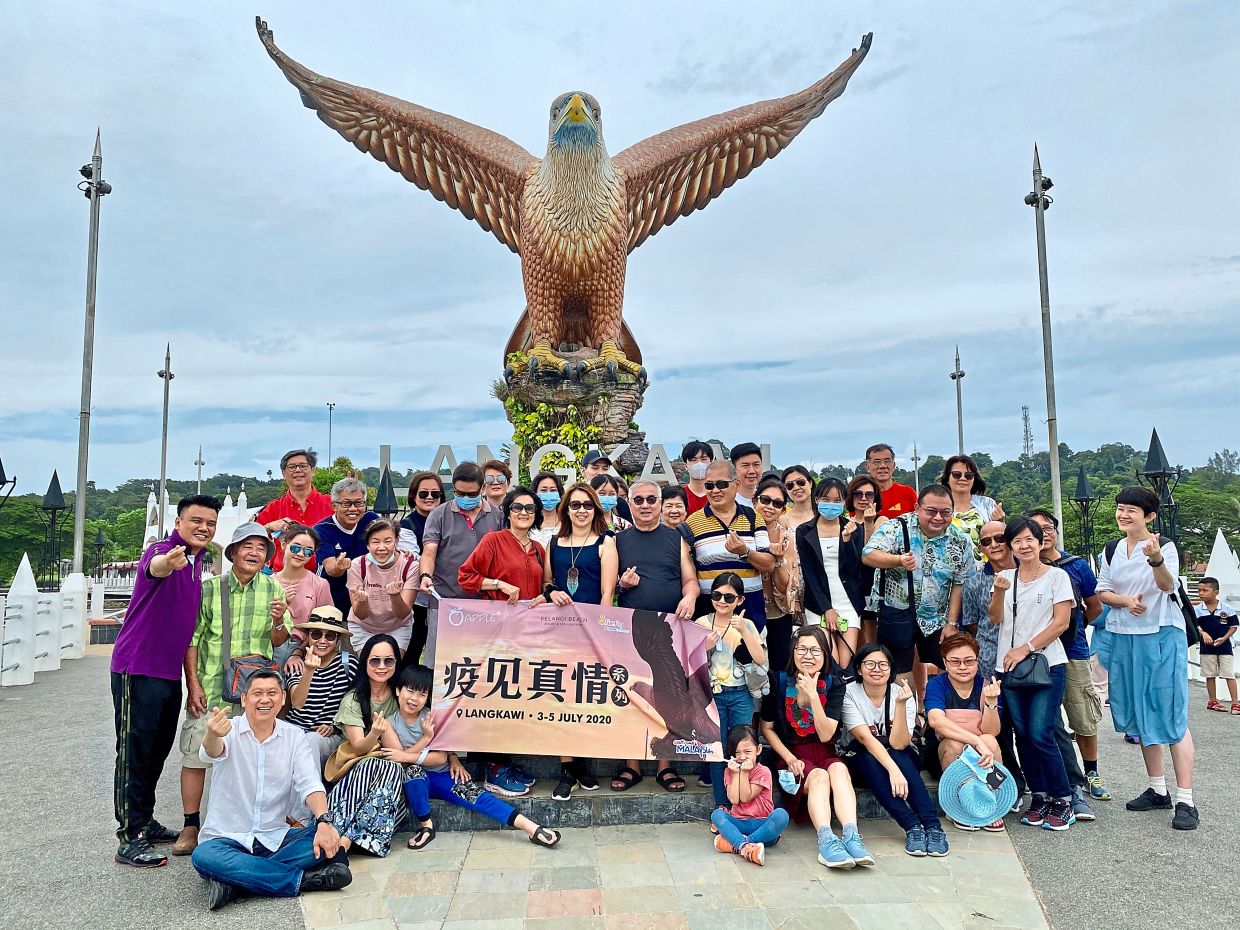 These Malaysian travellers were part of the first tour group to visit Langkawi during the recovery movement control order.

When we arrived in Langkawi, we were excitedly greeted by the tour guides, bus drivers and restaurant owners there.

“This is our first group!” they exclaimed, their faces radiating with newfound confidence.

Perhaps some people still do not quite understand the unusualness of 2020, the protracted pause unseen before, and the ensuing collapse of the world order.

While I might appear calm on the outside, I was actually very anxious about the tour. As a result, I found myself holding back tears on several occasions during the trip.

I shared with the group how my staff and I had worked hard to make this much-anticipated trip a reality for everyone. I’m thankful that the group was confident enough to travel with us.

I’m not claiming that this domestic tour group could save thousands of jobs in the industry, but it’s a significant start.

Many tourism-related business owners, travel agencies, tour guides, tour leaders and others have gone without any income for six months. Many have lost their direction, not knowing what to do since the MCO was extended for quite some time.

The owner of the resort we stayed at in Langkawi told me: “The higher the expectations we have for the industry, the more disappointed we will get.”

The resort was grateful that private companies like ours are now promoting domestic tourism. I told him that it’s because many Malaysians are eager to do something to support the industry. They are keen to explore the many fascinating sights of this country like Mulu Caves in Sarawak, Danum Valley conservation area in Sabah, age-old forests, rivers and irresistibly wonderful nature.

Each time I lead a group, I would take along my own microphone in order to describe the places we visit and just chat with my travellers on the bus. I’m glad I could put it to good use again so soon in the face of the pandemic.

I hope the microphones of all my fellow tour guides around the country will soon be turned on too. I look forward to seeing my brothers and sisters come back in full force once again! The name ‘Langkawi’ is believed to have originated from the abundance of eagles (helang in Bahasa Malaysia) on the island. — Photos: LEESAN

An unforgettable journey to the republic of King Penguins

Covid-19: Where do travel operators in Malaysia go from here?

Go on a river cruise in Malaysia