Air France is taking its fuel-guzzling A380 aircraft out of service ahead of schedule. — AFP

The aviation industry has long been under pressure to reduce pollution, and while airlines have taken a financial wallop from the coronavirus crisis it may not stop a greening of the skies. What promises have been made on pollution?

Aviation accounts for around 2% of global emissions of carbon dioxide (CO2), one of the major greenhouse gasses that causes global warming, according to the United Nation’s International Civil Aviation Organisation.

Airlines transported 4.5 billion passengers in 2019, an increase of 4.2% from the previous year, according to the industry’s leading trade body, the International Air Transport Association (IATA).

Before the coronavirus pandemic broke out, the industry was counting on traffic doubling in 15 to 20 years.

At the same time, it had promised to reduce CO2 emissions by half in 2050 from 2005 levels. Considering the expected increase in traffic, that works out a 90% reduction by flight.

IATA maintains the promise is being kept, but in January a report from three European organisations including the European Environment Agency, emissions have been rising in Europe even if advances in technology were helping limit the increase.

What impact will the coronavirus have?

While the lockdowns imposed by governments to stem the spread of the coronavirus have been financially devastating to airlines which will need to invest in cleaner aircraft in the years to come, there are positive elements.

“Even if the financial capacity of airlines to renew aircraft fleets is weaker – and they will seek to delay the process – they now have excess capacity that will lead to them removing the oldest and least efficient aircraft from their fleet, ” said Bertrand Mouly-Aigrot, an air transportation expert at Archery Strategy Consulting.

“This will improve the average performance of the fleet, ” he added.

Delta Airlines in the United States is finally putting its last MD-90s – which were built between 1995 and 2000 – out to pasture.

Meanwhile, Air France and Lufthansa are taking their fuel-guzzling A340 and A380 aircraft out of service ahead of schedule.

Air France has made promises to cut pollution as part of its state rescue package.

The drop in air traffic due to coronavirus lockdowns is translating into a reduction in pollution, and the industry doesn’t expect to recover fully before 2023.Each new generation of aircraft has brought about a 15% reduction in carbon footprint thanks to improvements in engines and the use of lighter materials.

The head of French aerospace equipment provider Safran, Philippe Petitcolin, said such technological gains have been allowing a 1% reduction in pollution each year.

That rhythm is too slow to meet the 2050 targets, so technological breakthroughs will be necessary, and those are likely to come from propulsion and fuels.

Biofuels have been seen as one solution, as being made from renewable materials their carbon footprint can be offset easily.

Some are already becoming available, but their cost is too high compared to jet fuel, which is already one of the biggest expenses for airlines.

A huge breakthrough would be needed to increase the capacity and reduce the weight of batteries sufficiently to make that a viable sole option to power a large commercial aircraft.

But a hybrid could work as aircraft motors are pushed hard only during takeoff and then are throttled back as they cruise in the sky.

Thus, using batteries just for cruising could cut the weight needed and still offer a considerable reduction in pollution.

The French government is backing the development of a hybrid regional aircraft by the end of the decade that would cut CO2 emissions by 30%.

Another option for generating electricity is via hydrogen fuel cells. The fuel cells take hydrogen and oxygen and produce electricity. France hopes its aerospace sector will be able to develop a medium-haul commercial aircraft using this technology – which results in no pollution – by 2035.

While Jerome Bouchard, an aviation specialist at consultants Oliver Wyman, said hydrogen is raising lots of hope as a fuel source, there are drawbacks.

He noted that hydrogen requires between four and six times the storage space as jet fuel, which requires going back to the drawing board to redesign the wings and fuselage to provide more space.

Better coordination and plotting of air traffic could lead to reducing emissions by as much as 10% by 2023, believes Thales, a French technology firm active in the sector.

On the ground, jet engines spit out plenty of polluting fumes as planes move on and off runways. That could be reduced and airlines could save expensive fuel if planes had electric motors that drive the wheels on the landing gear. Aerospace equipment firm Safran has developed such a system but it has so far garnered little interest.

For Michael Gill, IATA’s pointman on the environment, “zero-emissions planes will take their place in time, but realistically it will be in the second half of this century that we really see them take off.” – AFP 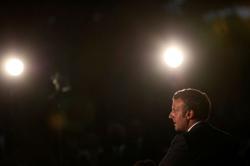