The sale of Hotel Uzbekistan, which once featured regularly on postcards of the capital Tashkent, comes as the isolated Central Asian country seeks to draw foreign investors and tourists. - AFP

Uzbekistan has sold a controlling stake in its most famous hotel to a firm based in Singapore as Tashkent tries to breathe new life into the Soviet-era Brutalist landmark.

The sale of Hotel Uzbekistan, which once featured regularly on postcards of the capital, comes as the central Asian country seeks to draw foreign investment and tourists.

The state will retain a minority stake.

The company plans to invest nearly US$40mil (RM173mil) in modernising the 17-floor hotel over the next year and a half, it said.

Terms of the tender require that the building’s facade remain unchanged for the next 10 years however.

Many ordinary Uzbeks welcomed the sale.

“They did the right thing, ” said Raup Rakhimov, a 42-year-old taxi driver.

“Hotel Uzbekistan has become outdated. Foreigners don’t go there anymore – they choose new hotels and guesthouses, ” Rakhimov told AFP.Askar Nazarov, a Tashkent resident passing by the hotel, said he hoped the investor would keep both the building and the style of its rooms largely unchanged as a “souvenir of Soviet times”.

“Local people stay in it too and they remember its Soviet-era life, ” he said, adding that he was fond of the light shows held there at night.

Like the Intourist Hotel in Moscow that was five stories higher, Hotel Uzbekistan was built in the 1970s, less than a decade after Tashkent suffered a major earthquake.

Authorities ordered it built partly to cater to a growing number of people invited to the Festival of African and Asian Cinema.

Officials in Uzbekistan and neighbouring Kazakhstan, where Hotel Kazakhstan was built in seismically-active Almaty, insisted the structures could withstand strong tremors.

Moscow’s Intourist hotel, which resembled Hotel Uzbekistan in architectural style and was located a short walk from the Kremlin, was demolished in 2002.

Uzbekistan has identified privatisation as one of the reforms to the state-controlled economy pursued under President Shavkat Mirziyoyev.In May, Mirziyoyev said the government was also considering whether to let a foreign group manage the state-owned airline and an affiliated company that runs Uzbek airports. – AFP Relaxnews

Covid-19: Eligible hotels in Malaysia to be certified 'clean and safe', says MAH 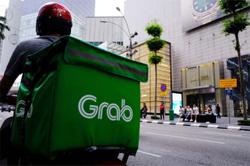 Escape into another dimension inside caves in Malaysia Premium
What Malaysians can learn from asphalt roads in Japan
Austria’s ice festival will thrill with frozen waterfalls and ice climbing
Sustainable Holiday Ideas In Australia
No mask, no ski in Germany's ski resorts
How Bali is diversifying its tourism amid Covid-19
Exploring The Wonders Selangor Has To Offer
KL ranked 8th best destination for expats to work and live in
Egypt unveils new travel experiences amid Covid-19
Malaysian airports recognised globally for Covid-19 safety measures