A nest containing over 100 turtle eggs was discovered on the beachfront at Banyan Tree Samui. Photos: Banyan Tree Hotels & Resorts

A hotel in Thailand’s Koh Samui is doing its part to help conserve wildlife by protecting two turtle nests that contain more than 200 eggs.

Khun Veeraphat, a waiter at the Banyan Tree Samui hotel’s restaurant, was the one who first discovered the turtle tracks on the beach. CCTV footage at the hotel later revealed that a giant sea turtle had laid eggs on the beach the night before.

Hotel personnel then contacted the local Department of Marine and Coastal Resources, who arrived and uncovered the nest containing around 100 eggs belonging to a green sea turtle.

Eleven days later, the turtle returned and laid a second clutch, this time of 141 eggs. However, this nest was too close to the shoreline, so it was carefully dug up and relocated.

Such discoveries are rare on Koh Samui because green turtles (Chelonia mydas) tend to lay their eggs on remote shores in the Andaman Sea, and not at busy tourist resorts in the Gulf of Thailand.

The resort built an enclosure to keep the nest safe from monitor lizards and any other would-be predators.

In the days that followed, the fenced-off pen was “adopted” by guests as a protected site.

“We were very excited to find the clutch of eggs, but quickly realised that this was a precarious situation, ” Loyjiw said in a statement.

“Luckily, the beach is situated in a private cove so tourists and vendors are not constantly walking by. The most immediate danger was the tide, but the turtle had fortunately buried her first clutch above the high-tide line. The second nest was too close to the shoreline so we carefully dug it up and moved it higher. The next danger was the monitor lizards that prey on turtle eggs. We had to ward off a large lizard who had his eye on the nests, ” she explained.

Green sea turtles generally weigh between 110kg and 180kg and measure about 1m in length. The gestation period for eggs is between 45 and 60 days, which means this clutch should hatch between March 28 and April 12, the day before the Thai New Year (Songkran). 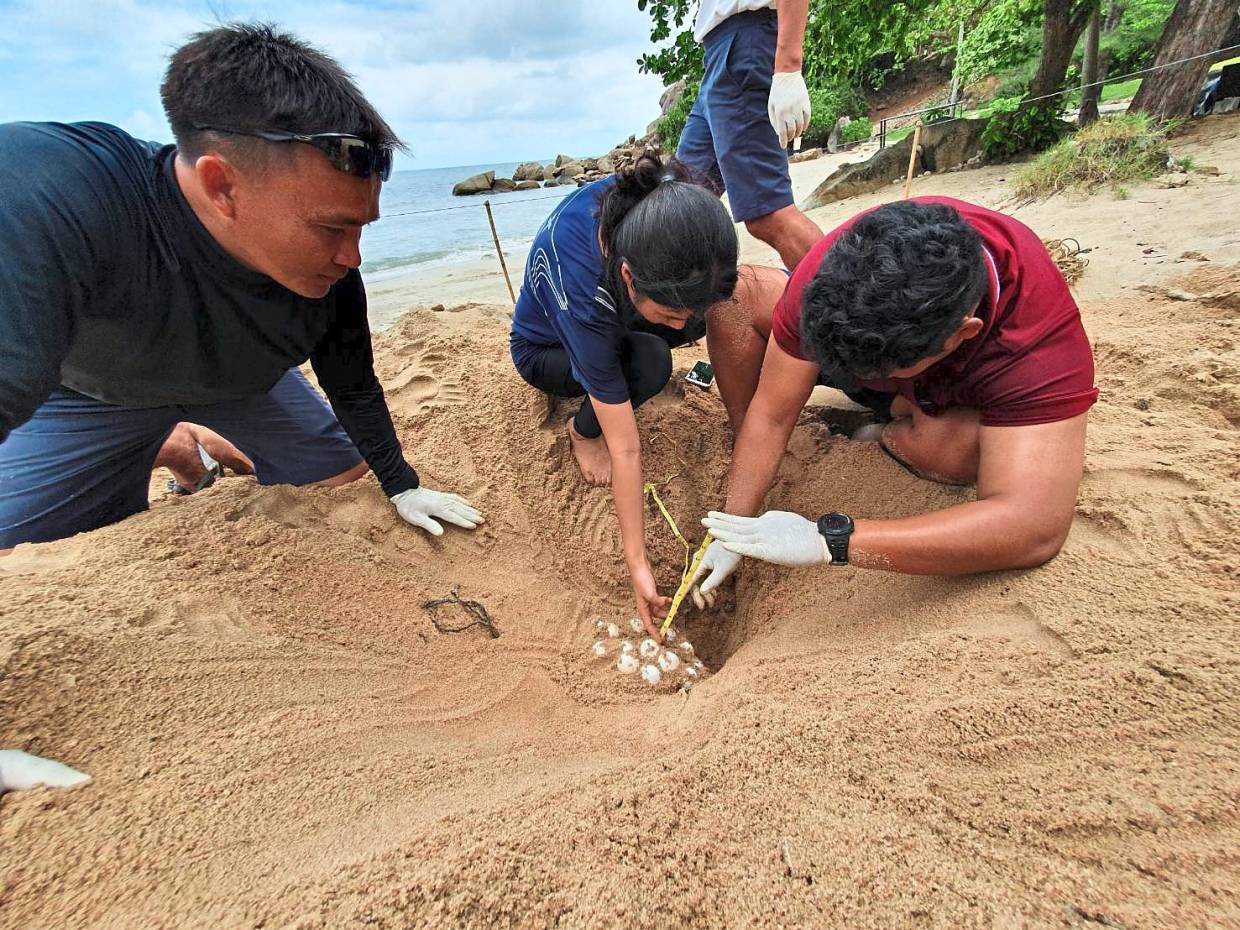 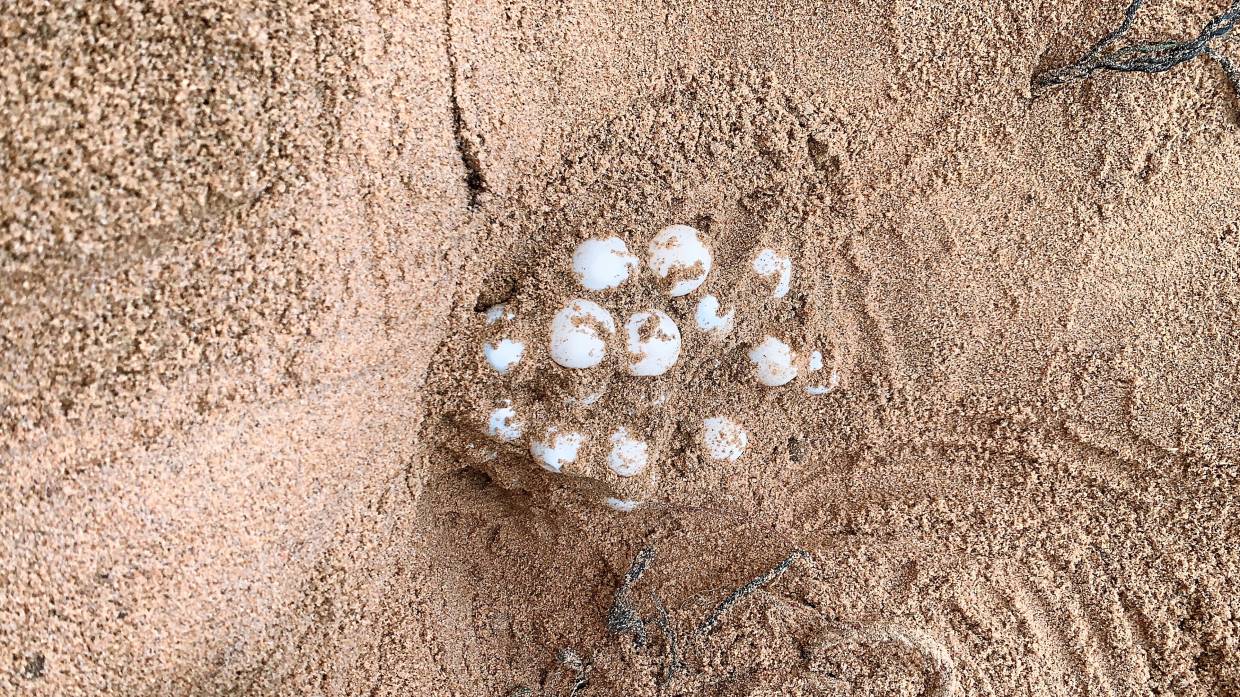 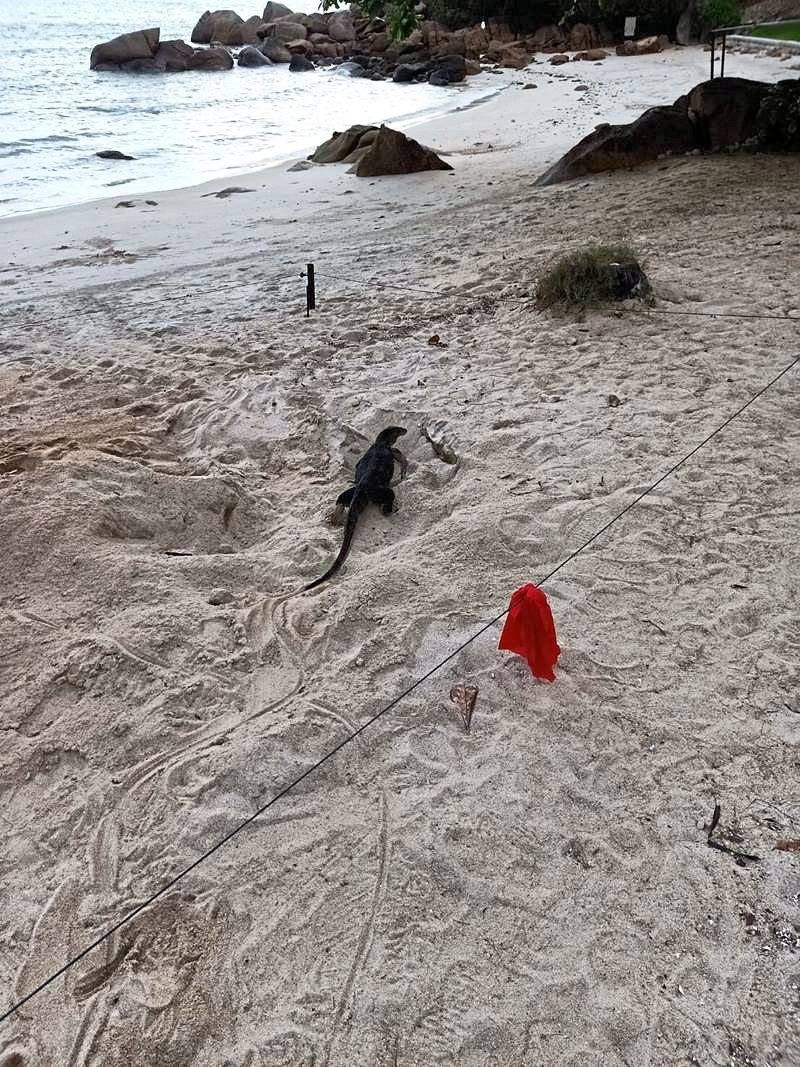 A nest containing over 100 turtle eggs was discovered on the beachfront at Banyan Tree Samui. Photos: Banyan Tree Hotels & Resorts

An enclosure was built to protect the turtle eggs.

One of the turtle nests discovered on the beach in front of the resort.

A monitor lizard on the hunt for turtle eggs.