“It's like getting stabbed, ” a tourist exclaims as he plunges into the 3°C water, all under the intrigued gaze of a group of penguins.

All around Half Moon Island, off the Antarctic Peninsula, blocks of ice of all sizes float by on a calm sea, their varying forms resembling weightless origami shapes.

To reach the Antarctic destination the 58-year-old Norwegian, Even Carlsen, travelled 14,000km and spent thousands of euros.

Mostly indifferent to the bipeds donning neon-coloured windbreakers, wildlife abounds in the deafening silence of the icy landscape.

All around are penguins, as awkward on land as they are agile in water. Massive and majestic whales slip through the waves, and sea lions and seals laze in the sun.

Antarctica, a land of adventure without rulers, is “like the heart of the Earth”, according to Marcelo Leppe, director of the Chilean Antarctic Institute.

He said it expands and contracts like a beating heart, while the mighty current which revolves around the continent is like a circulatory system absorbing warm currents from other oceans and redistributing cold water.

But this long tongue of land that stretches towards South America is warming rapidly. Its glaciers are melting and its ecosystem has been invaded by microplastics carried by currents.

Tourists are also flocking to the area in greater numbers. This season nearly 80,000 visitors are expected, a 40% increase compared to last year.

Antarctic tour operators, however, insist they are promoting responsible tourism.

Even Antarctica’s vulnerability is attracting more visitors, with tourists hoping to catch a glimpse of what one day might be gone.

But critics question this sort of tourism, as the emissions from world-crossing flights and soot or black carbon in the exhaust gases of cruise ships are part of what is putting the region under threat.

On Half Moon Island, chinstrap penguins – named for the black stripe on their chin – strut about in the spring breeding season, raising their beaks and screeching from their rocky nests.

“This is to tell other males ‘this is my space’ and also, perhaps, ‘this is my female’, ” ornithologist Rebecca Hodgkiss says.

The colony of 2,500 penguins has been gradually declining over the years. It is not known if it is the fault of humanity. — AFP RelaxnewsTour operators police themselves

AS a vast expanse belonging to no one nation, Antarctica has unique rules of governance that allow tour operators – one of the few commercial activities permitted – to largely police themselves.

The Antarctica Treaty was signed 60 years ago by 12 countries – it now has 54 signatories – including the United States and Russia, a notable feat during the Cold War.

It declares the continent is dedicated to science and peace, and freezes any territorial claims.

Other agreements have since been added to the treaty, including the 1991 Madrid Protocol on environmental protection.

Declaring Antarctica a “nature reserve” where the mining of mineral resources is banned, the Protocol says human activities may only be undertaken after environmental impact studies.

The text bans the voluntary introduction of plant and animal species, and the discharge into the sea of oil and gas, waste and untreated water. It requires visitors to take their rubbish away with them when they leave. As such, it provides a general framework for tourism.

In the same year, the International Association of Antarctica Tour Operators (IAATO) was founded by seven tour operators to agree on ship scheduling, safety and environmental protection.

It now groups almost all tour operators in the region and is invited to the Antarctic Treaty signatories’ annual meetings to discuss developments in tourism and propose new regulations.

Under existing rules, only ships carrying fewer than 500 passengers are allowed to make landings at approved sites and only 100 people allowed ashore at a time.

Visitors must clean their personal effects before going ashore, be accompanied by guides with a ratio of 1:20, must not bring food, leave anything behind or take anything back.

This year, IAATO’s 100 or so member companies and organisations voted in favour of measures aimed at preventing ship collisions with whales, and for additional restrictions on the use of drones. — AFP Relaxnews 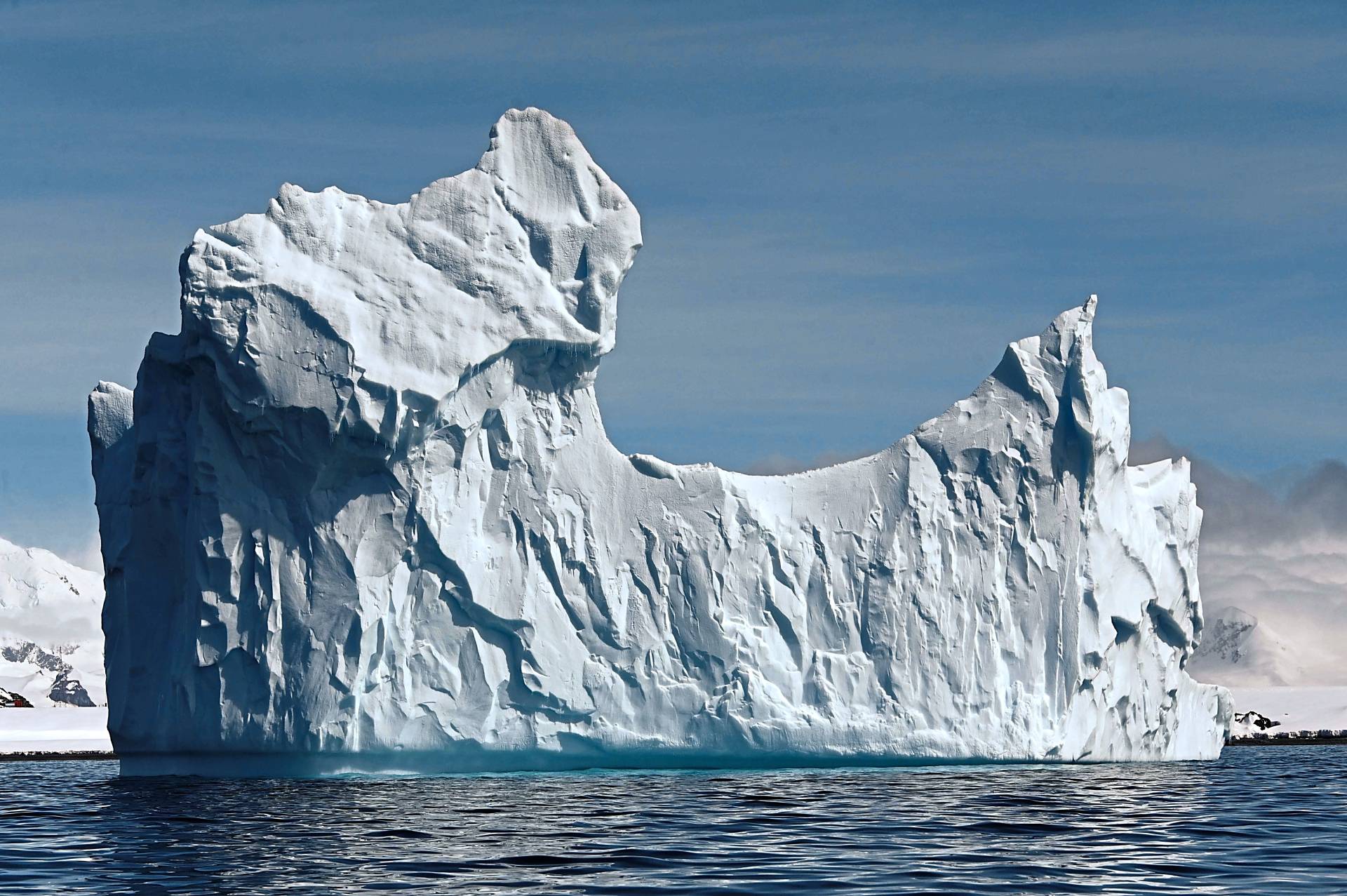 An iceberg on Half Moon island in Antarctica. — Photos: AFP

A large part of Antarctica is covered in ice and yet there are not only people living there, tourists are visiting the place too.