The challenges of preparing food in the air

United Airlines tried five different sausage recipes and 36 pretzel buns before settling on the combination that made its way to in-flight menus: a smoked beef and pork link slathered with barbeque sauce and roasted onions.

It took more than 200 hours over the course of a year to develop the sandwich, which it created with the chef at Chicago’s Lillie’s Q restaurant.

Airlines know passengers aren’t picking flights because they prefer one carrier’s short rib to a rival’s ravioli. And most coach passengers on domestic flights still have to pay if they want more than a small snack, although complimentary meals are available on a handful of the longest cross-country flights.

But food is a key part of the passenger experience, and airlines have been making investments in recent years. That includes partnering with outside chefs, offering more choices and mining data on passengers’ likes and dislikes.

Even with changes, don’t expect Michelin to start awarding stars; feeding customers at 10,670m brings challenges terrestrial restaurants don’t have to deal with.

Dishes need to hold up after being chilled and reheated in flight. Flight attendants, who handle final food preparations, are busy and are not chefs. And even gourmet food suffers in flight, where low air pressure and dry air dull flavours.

Taste isn’t just about what happens in your mouth. Smell matters too. Lower cabin air pressure means every breath carries fewer of the compounds that give food an aroma, and the dry air makes it tougher for your nose to pick up on them, said Charles Spence, a professor of experimental psychology at Oxford University.

Studies have also found that people may not perceive sweetness and saltiness as intensely when there’s loud background noise like what passengers experience in an airline cabin, he said. But that noise may boost the savoury umami taste.

Airlines used to compensate by going heavy on the salt, but now they try to add more herbs and spices to bring out flavor, said Christian Hallowell, general manager of on-board food and beverage design at Delta Air Lines.

Gerry Gulli, executive chef at United Airlines (UA), said he might slightly increase the amount of salt in a dish, but he mostly relies on marinades and rubs that infuse flavour. UA actually dialled back the heat on its sausage sandwich compared with one on Lillie’s Q’s menu because flavours also need to have relatively broad appeal.

Passengers can still taste the heat, but it won’t leave them jabbing the call button to summon the beverage cart. It’s served on a pretzel bun from Chicago’s Labriola Bakery.

The attention extends to beverages. Several airlines employ sommeliers to select wines served in-flight, and Delta conducts tastings in the air as well as on the ground.

There’s also the issue of turbulence, since it can interrupt food prep and mean meals sit in a convection oven longer than planned.

At UA, employees “torture test” dishes by deliberately leaving them in test kitchen ovens too long, Gulli said. Braises and stews tend to be more forgiving than steaks, he said.

Nor is deliciousness the only factor. At a recent American Airlines taste-testing workshop in Chicago, employees were particularly enthusiastic about a new option: shake-to-mix salads with grains like beluga lentils, farro or quinoa, served in clear plastic jars.

Before anyone dug in with a fork, they tested whether the shakeable concept worked.

And while people liked the taste of pickled onions in one salad, their purple colour rubbed off on the chicken, prompting fears passengers would think the meat was undercooked.

Most menu development workshops like American’s include flight attendants, who are experts on whether a dish will be easy to cook and serve on board. Flight attendants also tend to have a pulse on passengers’ tastes.

“They’re good at seeing, ‘Are the plates coming back empty or not?’, ” said Raphael Girardoni, American Airlines’ managing director of food and beverage services.

Still, he thinks demand for healthy options is growing. American Airlines has been offering a vegetarian meal option that can be made vegan on cross-country flights since last fall. It’s also part of the reason the airline partnered with a Texas-based chain of Mediterranean restaurants, Zoes Kitchen, to design menu items sold on domestic flights, like the grain salads.

Partnerships between airlines and restaurants are nothing new. United Airlines worked with Trader Vic’s, credited with inventing the Mai Tai, back in the 1970s. But where chefs once developed recipes and left the cooking to airline catering kitchens, they’re now supplying more ingredients as well, said Brian Berry, Delta’s director of on-board services strategic planning.

Lillie’s Q, for instance, provides the sausages and barbeque sauce for UA’s sandwiches, which helps the airline keep the dish consistent across different kitchens at different airports.

Tasty airline food doesn’t have to be an oxymoron. Gary Leff, a travel expert who writes the View from the Wing blog, said he’s encountered a handful of meals he’d happily enjoy again on the ground, like a ramen dish served on All Nippon Airlines.

Delta says it’s aiming for something more like a “restaurant-quality experience” even in coach on international flights. Starting in November, customers on flights longer than six and a half hours will be greeted by flight attendants carrying trays of Bellinis. The free cocktails, featuring peach puree, are a nod to Delta’s Atlanta base, said Jaime Jewell, Delta’s director of in-flight brand strategy and customer experience.

Passengers will also get to choose between two appetizers, and dessert will be served as a separate course.

On domestic flights, Delta and American have brought back complimentary meals in coach on a handful of the longest cross-country flights. United is also testing free meals in economy on a handful of flights to and from Hawaii.

But if airlines are investing more in meal service than they were a decade ago, they haven’t caught up to where they were before financial struggles in the wake of 9/11 and the recession led to cuts, Leff said.

“There is a model that suggests it is possible to do better than what airlines do today. The question is whether anyone wants to bet it will attract enough business to be worth the cost, ” he said. – Chicago Tribune/dpa

Gallery: Food in the air 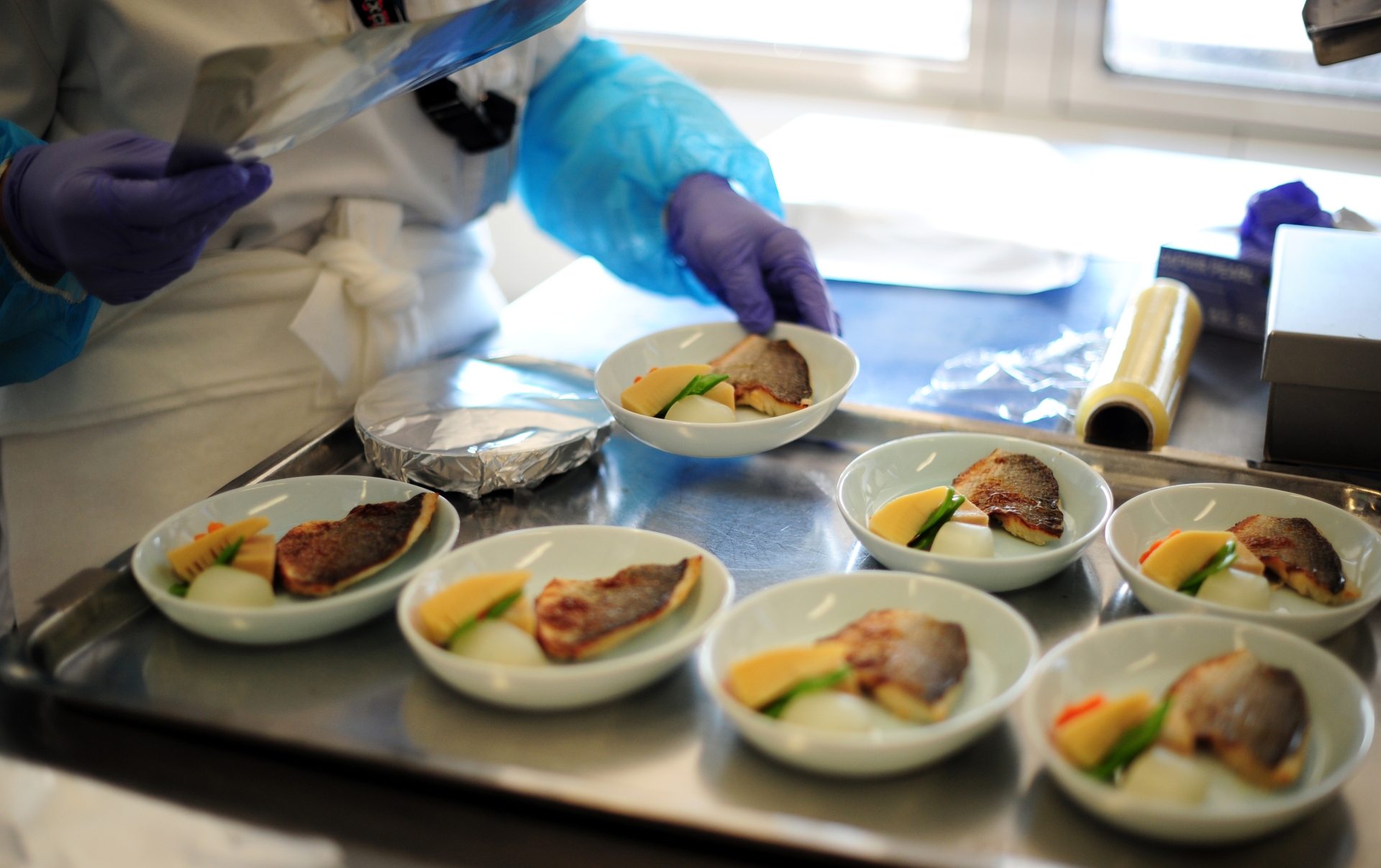 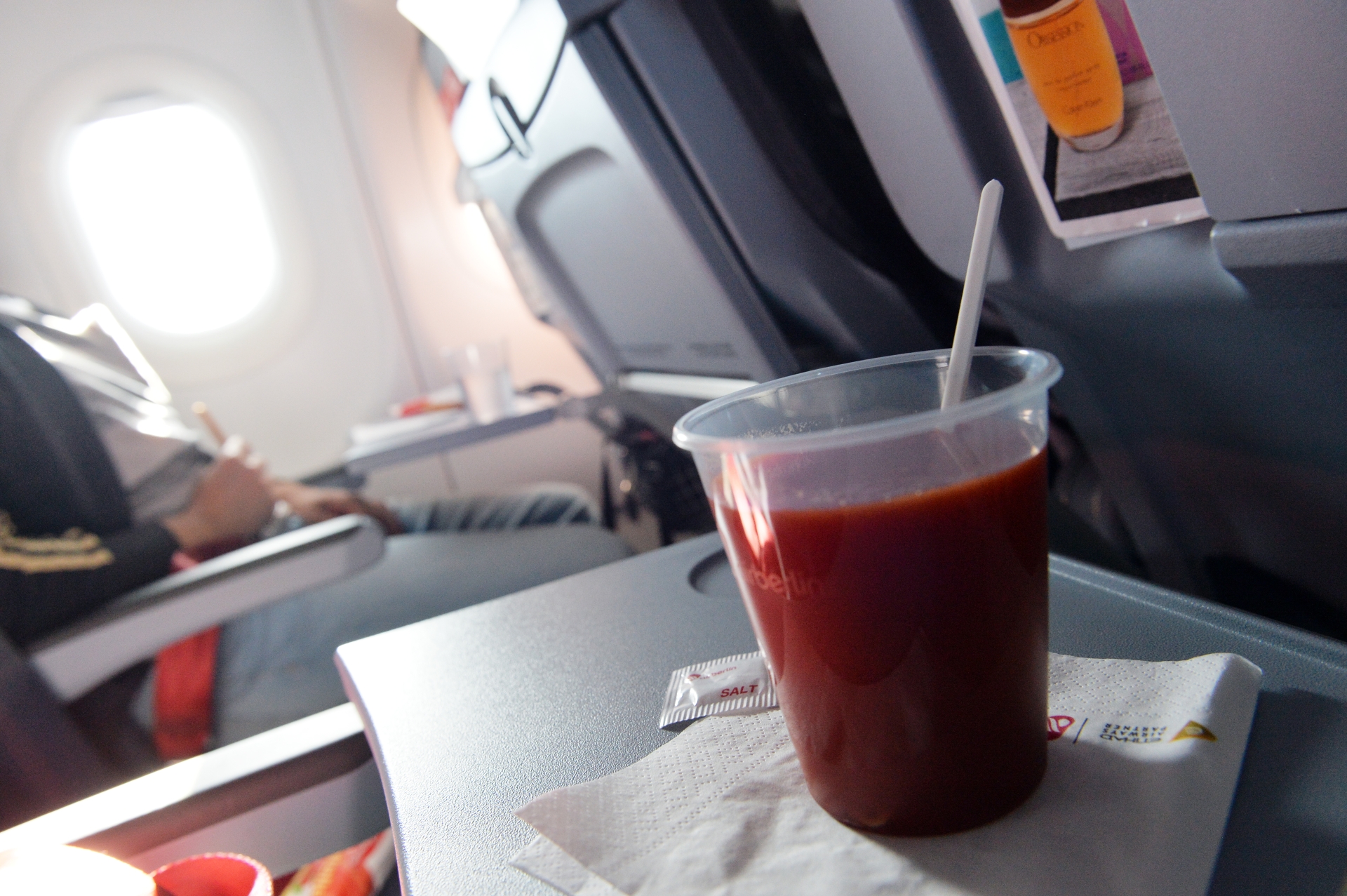 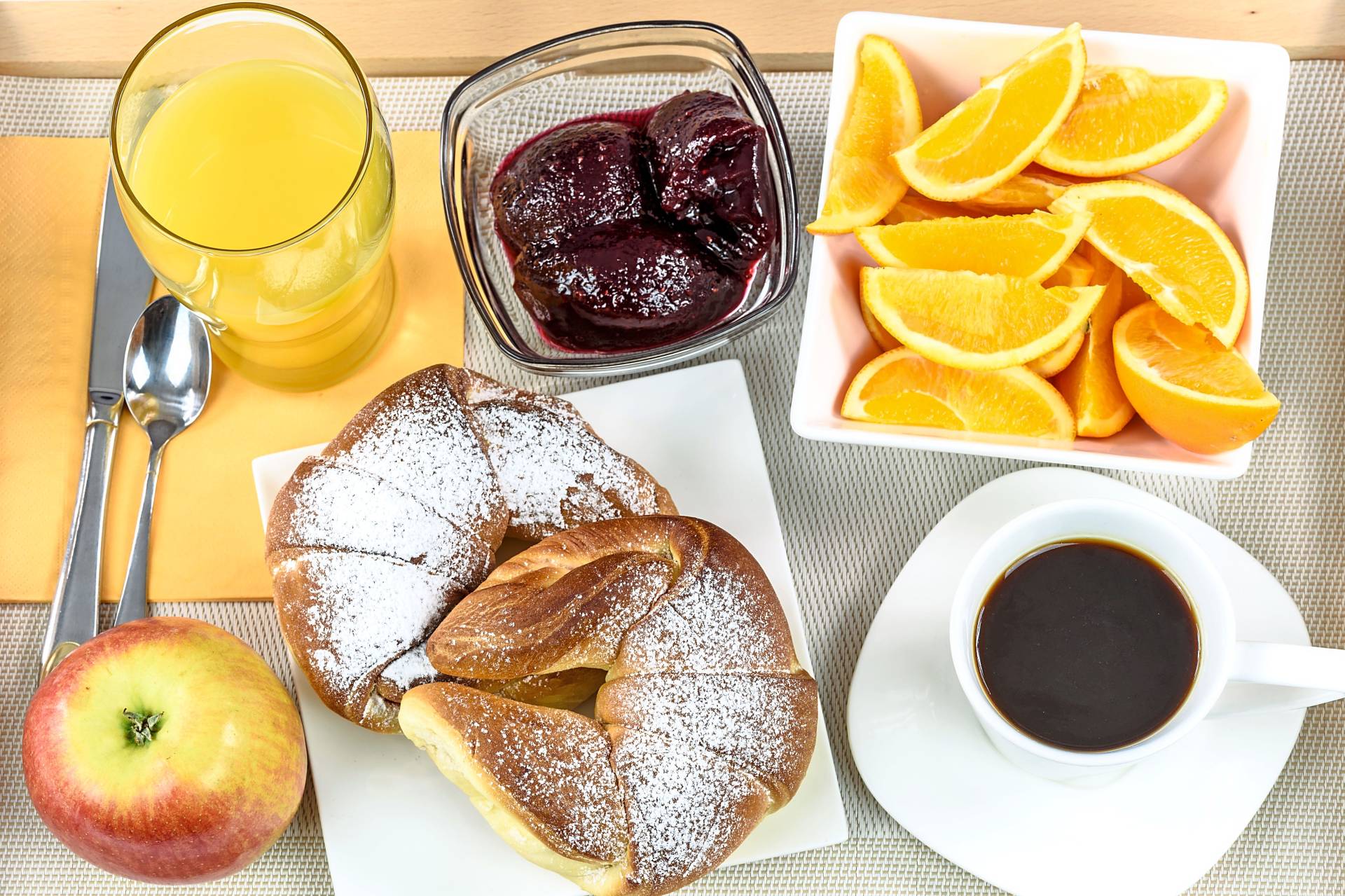 Studies have discovered that loud background noise like what passengers experience in an airline cabin can boost the savoury umami taste, which can be found in tomato juice. — Maurizio Gambarini/dpa

Food on the plane does not always have to be boring, unhealthy or unappetising. — StockSnap