The view of Buda and Pest. — Photos: ADRIAN YAP C.K.

There is a certain energy about Budapest in Hungary.

This might have to do with us arriving from Vienna, a city in Austria known for being pristine and generally well-curated. Immediately out of the train station, things felt different. There was a buzz, a spontaneity that I had not felt in Vienna, and probably in large parts of the country as well.

Budapest is essentially divided into two large portions, Buda and yes, Pest. The dividing line is the Danube river, the second-longest in Europe, which runs through an impressive nine countries.

The two sections are connected by the Széchenyi Chain Bridge. The bridge is a wonderful spot for one to just take a moment and admire the contrasting feel of both sides of Budapest. The Buda side is calmer and more residential while Pest is where the nightlife is thriving, with good dining options to boot.

My wife and I enjoyed the feel of the Pest side more. A lot of the energy I was talking about is felt more distinctly here. 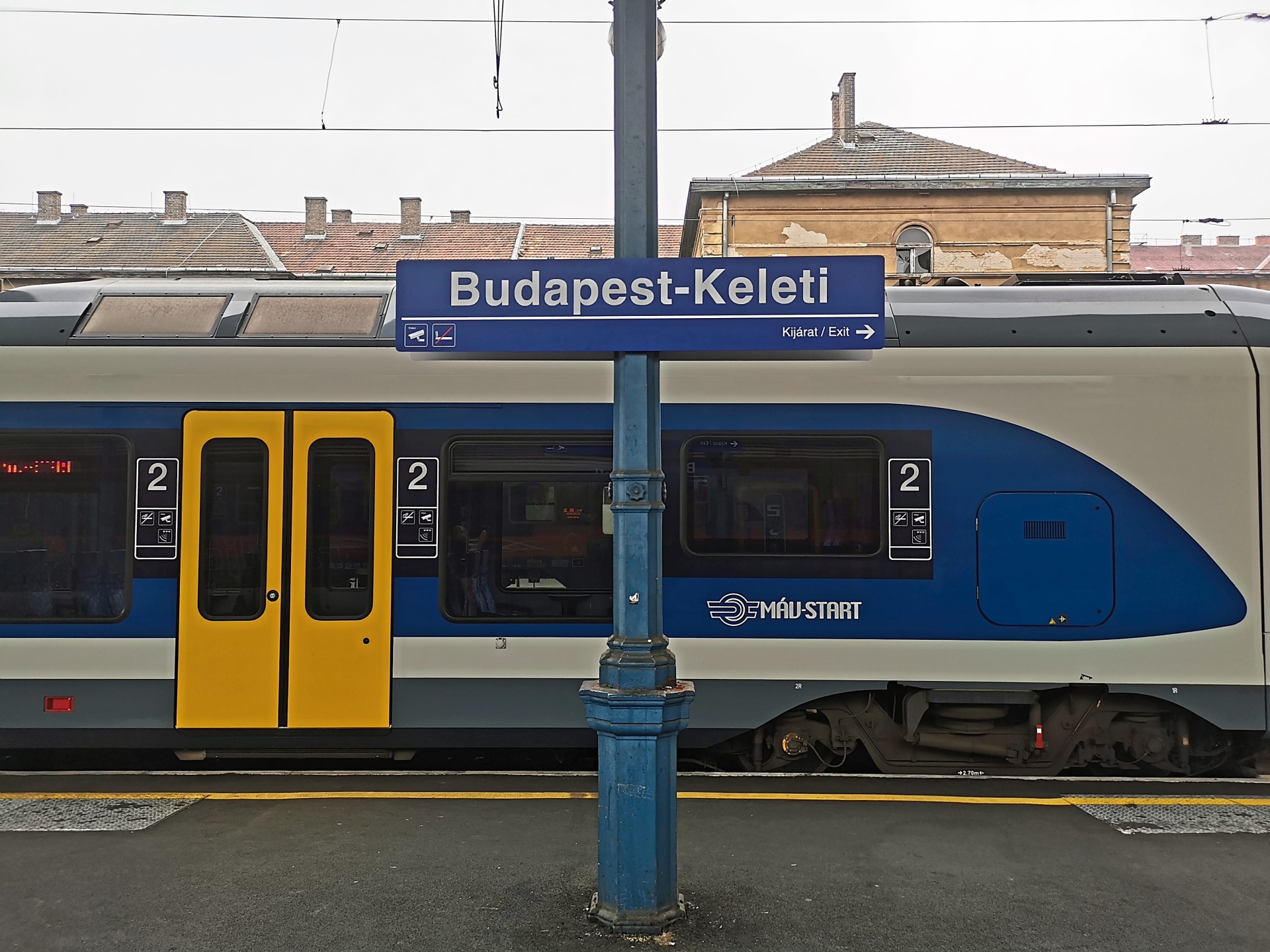 The train stations in Budapest are not manned, but that does not mean you can go for a ride for free.

The streets are grimier and edgier, with shops meshed close to one another. It’s hardly pristine, with derelict buildings seen all around and restaurants and residences stacked on top of each other in a messy way. Posters of events like concerts, art shows and theatre performances are placed all over the city lending to the notion that this city does not sleep easy.

It feels a lot like an Asean city, but with more pleasant weather.

It is from this “mess” that Budapest’s true charm emerges. We found charming old bookstores tucked next to Mexican restaurants and record stores. In Vienna, everything seemed a little too well thought-out; Budapest’s incoherence gave the city a kind of vibe that was infectious.

We rented an apartment within the Jewish quarter. While the area has a dark history – the ghetto enclosed 70,000 Jews during World War II in a space of about 2sq km, awaiting deportation and eventually, death for many of them – today, it has gentrified, becoming basically the nightlife hub of Budapest. Each street is so jam packed with bars and restaurants, you will be bamboozled with choices.

Find yourself a “ruin bar” to get a drink. A ruin bar is one that is housed in a ramshackle shop that’s in disrepair. Somehow, it’s a “thing” here.

The history of the Jewish community in Budapest can be seen evidently not only in the museums and monuments but also around the city, with memorial plaques found all around the Jewish quarter on walls and on sidewalks. 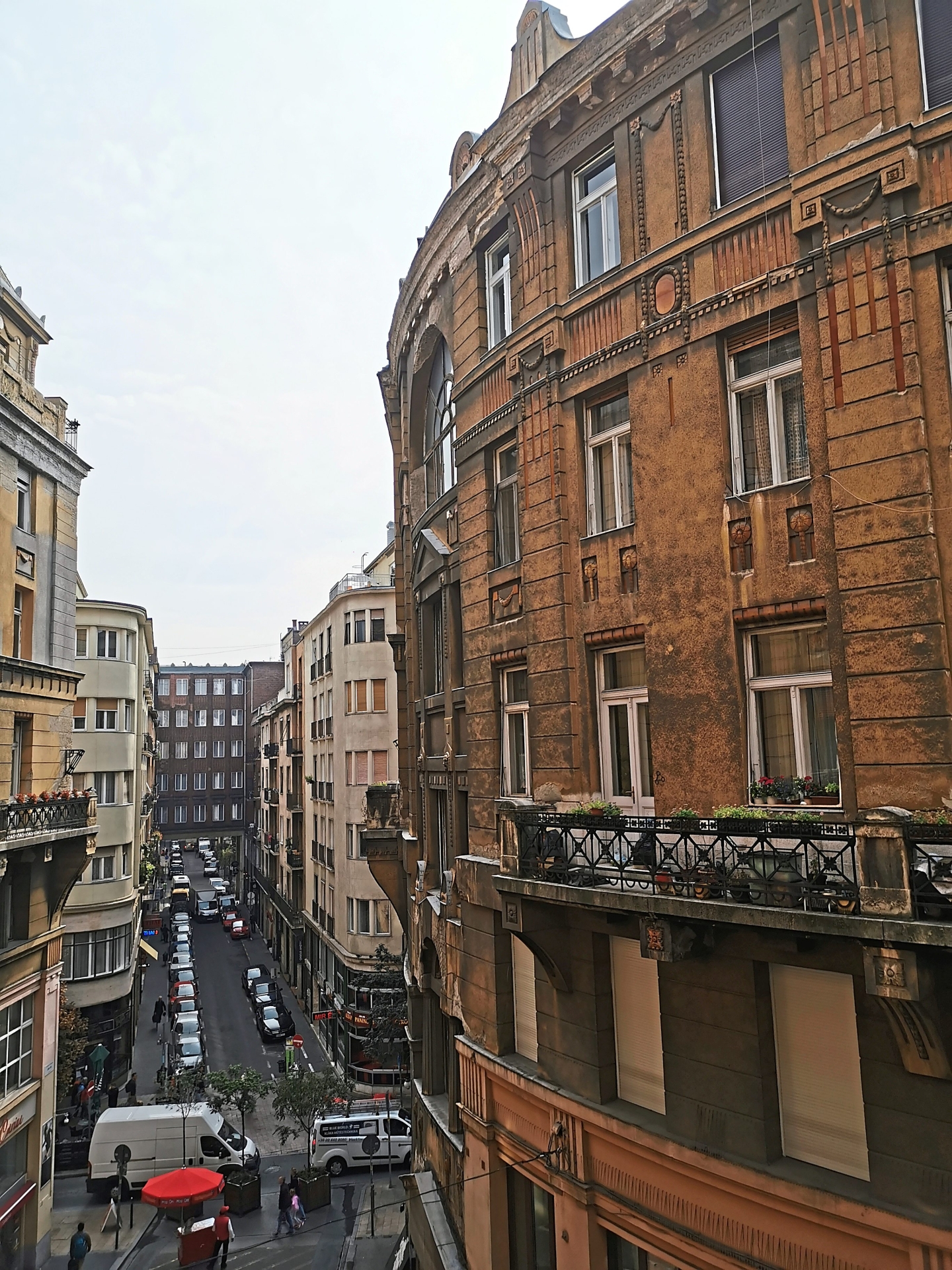 When in Budapest, remember to check out the Jewish quarter.The most well-known of the monuments would be The Shoes on the Danube Bank. Located by the east bank of the river, it features sculpted iron shoes in honour of the Jews who were executed by fascist Arrow Cross militiamen during World War II. This, as well as the mentally and emotionally difficult walk through the Holocaust Memorial Center provides a painful reminder of the suffering the Hungarian Jews endured during World War II. We were at the cusp of tears, reading the accounts of the victims and the suffering they endured.

If you’re interested in Holocaust-related history, Budapest may be the next best place to learn more about it, next to the Auschwitz camp in Poland, that is.

Budapest is also a fantastic place to dip your fingers into the culture of fine dining. There are plenty of restaurants – for casual diners and fine dining enthusiasts – that offer a variety of cuisines. Prices are pretty steep, at least for tourists like us. Our most memorable meal in Budapest was at Retek Bisztro. Operating out of a space not larger than the size of an apartment living room, the restaurant is highly-recommended by locals if you’re looking to taste a semblance of what home-style Hungarian cooking tastes like.

This was our first meal in the country and it turned out to be the most memorable. We were served a paprika-based spread with bread to start. Paprika is an important ingredient in most Hungarian-cooking and both the powder and paste can be found in most markets there. The Brassói-stlye pork tenderloin is an outstanding dish, tasting almost Asian with its liberal use of spices. The veal paprikás was another dish we tried that was good too. It’s a hearty veal stew cooked with sour cream and served with home-made noodles. Our meal at Retek featured some delicious homemade local dishes.

According to the restaurant owner, all the recipes belonged to his grandmother. (Tip: Make a reservation. In hindsight, it was a miracle that we managed to get a table as we saw many people being turned away.)

No Hungarian culinary sojourn would be complete without goulash, a spicy beef broth that is a staple in Hungary. The restaurant recommended something called Getto Gulyas, which we tried and liked, just as much as we liked the catfish stew.

For those with a sweet tooth, visit Café Gerbeaud for some quality desserts, coffee and beautiful century-old interiors. The place is a massive, intricately-decorated hall that’s dedicated to all things saccharine. Café Gerbaud is considered to be one the greatest and most traditional coffeehouses in Europe.

Meanwhile, the Great Market Hall is a nice place to sample some local produce. Housed in a large warehouse, the market features an impressive array of butchers and bakeries, as well as vegetables and fruit sellers. The general tip here is to work from the back of the hall to the front because the back is where the true farmers are; the others are resellers. This section is busiest on Fridays and Saturdays because that’s when the fresh produce come in. The Great Market Hall is where you can find some wonderful local produce like cheese and truffles.

If you’re into truffles, there is a shop there that sells all things truffle and truffle-based. There’s also a stall that sells goat’s milk, cheese and yogurt at the back of the market. The “milk-vendor grandma” as the stall owner is known, sells some of the most delicious and freshest milk-based products you will find.

Most key places in Budapest can easily be reached by The Budapest Metro transit system. You can either purchase day-passes or ticket books that hold 10 passes. If you plan to travel a lot more around the city, get the day pass because it’s more worth it. The train stations do not have turnstiles but there are random checks from station officers at certain stops. It’s a trust system that’s rarely broken, at least from what we can see.

It’s also easy to travel to other countries from Budapest by train, with countries such as Austria, Poland, Croatia and Czech Republic bring the nearest and most accessible. Some of them are mere hours away. It took us only two hours to travel in from Vienna.

Like a lot of old cities in that part of Europe, Budapest is rich in cultural, architectural and human history. But along with that history is a modern vibe that fits perfectly in the mix. I may not have expected much out of Budapest when we made this trip (I was more focused on Salzburg and Vienna) but I left feeling like the city has worked its way up nicely to being one of my favourite places in the world. The view of Buda and Pest. — Photos: ADRIAN YAP C.K.

When in Budapest, remember to check out the Jewish quarter.

The Great Market Hall is where you can find some wonderful local produce like cheese and truffles.

The train stations in Budapest are not manned, but that does not mean you can go for a ride for free.

Look for a ruin bar to chill out in the city.

The Holocaust Memorial Centre may be a difficult place for some to visit, but it is worth going to learn about the history of the Jewish community in Hungary.

Our meal at Retek featured some delicious homemade local dishes.