Next year, AirAsia is expected to offer direct flights to two of Sabah’s popular tourist destinations – Tawau and Sandakan – from other Asian countries.

Fernandes shared that the new routes will most likely start operating in January or at the latest, February 2020, from countries like China, South Korea and Japan. The airline is more than ready to expand its international flight services to Sandakan and Tawau, reports said.

Fernandes added that KK continues to be an important hub for the airline and that services could be expanded if the Kota Kinabalu International Airport’s low-cost terminal (T2) in Tanjung Aru re-opens. He noted that part of his meeting with Shafie was to discuss the possibility of re-opening T2, which ceased operations in 2015.

AirAsia carries about eight million visitors to Sabah a year; it hopes to increase that number to 15 million with the re-opening of the T2. Currently, there are more than 500 flights – including 86 international routes – to the state each week.

Sabah’s east coast certainly has plenty of tourist attractions. From top diving spots and gorgeous beaches to beautiful nature reserves and tropical rainforests, interesting heritage trails and delicious food options, there is something for everyone at the east coast.

Here are some of our favourite spots to check out in Sandakan, Tawau and Semporna (which is just a few hours’ drive away from either towns):

If you’ve ever seen a picture or video of a proboscis monkey, then you may be interested in seeing one in real life as they look... interesting, with their long tail and extra large nose.

Proboscis monkeys are a shy bunch and usually run away at the first sight of humans but at this sanctuary, you get to see more than 50 of them, especially at feeding time (fruits and water are left on platforms by guardians; visitors are not allowed to feed or get close to the monkeys).

Be patient and wait for the monkeys to move from tree to tree – they are very strong creatures and can leap very far.

Other animals like the silver leaf monkeys and oriental pie hornbills can sometimes be found at the sanctuary, too. Hang out with the proboscis monkeys at Labuk Bay.

There’s not much to see at the water village – which is basically a cluster of houses on stilts built on water – but this is where you should go to have your fill of fresh seafood. There are a handful of restaurants you can choose from, and most of them do not serve pork (although alcohol is available).

Close to the water village is a market that is famous for its grilled fish and seafood. They also serve local versions of curries, stews and vegetable dishes.

Agnes Keith was an American author who lived in Sandakan with her English husband, Henry Keith. She is famous for her book, Three Came Home, which follows her harrowing experience living as a prisoner-of-war in internment camps in North Borneo (Sabah) and Sarawak during World War II.

The Agnes Keith House is where she, her husband and their young son lived before being captured. After the war ended, the family rebuilt it in 1946 and lived there until they left North Borneo in 1952.

In 2004, the house was opened to the public as a tourist destination. It is part of the Sandakan Heritage Trail tour, and is located next to the English Tea House & Restaurant, where visitors would usually stay for a sip of Sabah tea, English scones and finger sandwiches.

This centre is very popular with local and international tourists and it is not hard to see why. This is where rescued orangutans are kept and then trained in order for them to survive by themselves in the wild. Once their “training” is over, they are released back into the forest. Visitors who come here would usually only get a glimpse of a handful of orangutan during feeding times.

Right next to the centre is the Bornean Sun Bear Conservation Centre, which houses the world’s smallest bear. You can see some of these creatures from either the observation deck or boardwalk. Best of all, visitors can learn about what they can do to help preserve the Bornean sun bears.

Want to see the world’s tallest tropical tree? Head to this park to find it, as well as other wonderful flora and fauna. The tree stands at 96.9m and there is a special trail for visitors to find it (don’t worry, it’s a fairly easy trek).

The Tawau River flows through the middle of the park so you may come across several natural pools, a sulphur spring and waterfalls, as well as animals like long-tailed macaques, civet cats, hornbills and kingfisher birds.

Like Sandakan, Tawau is a coastal town so seafood is king here. This morning market is where you should go to get your dried seafood products like ikan bilis (anchovies), udang kering (dried shrimp), ikan masin (dried fish) and fish and seafood crackers, which are much cheaper than what you would get in Peninsular Malaysia. They are usually sold in bulk at the market, but you can get them in small amounts too.

One of the best ready-to-eat things to try here is the amplang, which are round fish/seafood crackers. Look out for delicious giant lobster crackers, too.

Not many visitors are aware of this natural wonder, as it is located on private property and therefore not widely publicised. However, those who know how to find it will be amazed by the magnificent columnar basalt, a collection of volcanic rocks formed after an eruption. Go snorkelling or diving at any of the islands near Semporna.

These rocks are quite rare as they are one of only a few in the world that were formed in freshwater. To make your way here, you would need to engage in the services of a local tour guide.

The Tun Sakaran Marine Park is a large archipelago situated off Semporna that consists of eight islands and two reefs. The largest of the island is Pulau Bodgaya, which is a forest reserve, while the second largest – Bohey Dulang – is perhaps the most popular, at least based on the number of its pictures found on social media.

Sabah’s most famous island, Sipadan, is a paradise for divers and beach lovers. You can find numerous green and hawksbill turtles, as well as many other marine life, at any of the 12 dive sites around the island.

Sipadan was gazetted as a marine park in 2004 so the place is protected, while all accommodation facilities on and around the island were ordered to shut down. The number of daily visitors and divers to the island is also kept to a minimum. 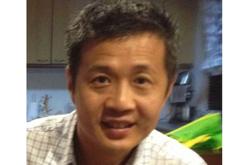 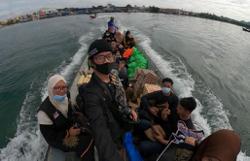