An aunty carrying two bags of groceries got onto the bus and sat in the second row. Immediately she began chatting with the bus driver. The bus conductor did not ask where she was headed to, just passed her a ticket and collected money from her. The bus conductor then sat behind her and started chatting with other passengers. What just happened in front of me was their daily routine, shared Fufu. The bus turned out to be like a meeting place for the village folk to chit-chat and catch up. It was very touching to see. Photo on the Beruas-Taiping Bus Route in February 2016. - Lam Ching Fu

On the back cover of Lam Ching Fu’s self-published travelogue My Journey By Bus, are two simple lines that kind of sum up what it took the 38-year-old to successfully complete a mission he set out on three years ago. The postscript reads: A bus ticket gets you places. An open heart gets you hidden Malaysian experiences.

The English version of the book, launched last month, features a collection of stories and photographs from 35 towns and in Peninsular Malaysia that Lam, affectionately called Fufu by family and friends, visited between December 2015 and February 2016.

The young man gave up his engineering job to live out his bus travel dream, took over 8,000 photos with his cellphone camera, chalked up stories everywhere he went, and carefully documented his journey.

You might have come across Fufu at RexKL in Kuala Lumpur last month where he was staging a photo exhibition of selected photos and other paraphernalia relating to his bus journeys. When the Chinese version of My Journey By Bus was published two years ago, Fufu held similar exhibitions at Sunway Velocity in Cheras, KL and Hin Bus Depot in George Town, Penang.

“The RexKL exhibition was the third time round for me, and though the numbers weren’t as high as before, the people who came found it refreshing and had lots to share,” said Fufu in a recent interview in KL.

“There were two couples who told me they actually met on a bus,” shared Fufu.

“How cute ... one couple went on to get married! There was also a German tourist who had been to Malaysia 12 years ago, and was so impressed with how much the buses here had improved since then; then there was a Spanish girl who loved how some of our buses have three seats in a row, and a group of Japanese visitors who wanted to learn as much as they could about my ‘slow travels’.

“I was very happy at the end of the exhibition that other people were able to find meaning and recall positive memories ... everyone seems to have a bus memory to share,” said Fufu.

Fufu is already planning part two of his My Journey By Bus series, which will feature adventures from the East Coast of Malaysia. Photo: Filepic

“Did you know there’s even a Facebook community called Jom Cerita Sejarah Bas with 6,000 bus lovers! Some of them came to visit the exhibition and were interested in exchanging bus tickets and such ... I would never have even known such a thing existed had it not been for this whole project.”

Fufu revealed how his eyes were opened to just how much many Malaysians still care about buses.

“Before the national car came out, a lot of people used the bus as their main mode of transport. Senior citizens especially seem to have very fond memories of buses and the many journeys they have gone on.”

A strong advocate of public transportation, Fufu’s reasons for making this book revolved around his wanderlust (he’s travelled around the world and visited over 56 countries), his passion for the environment and urban planning (he’s got a Master’s from the University of Applied Sciences Frankfurt studying the Bus Rapid Transit in South America) and a fervent patriotism for Malaysia.

'I personally love watching both sunrise and sunset. I am glad that I could take bus to Semanggol from Taiping to catch the breathtaking sunrise with Gunung Semanggol in the distance. When the wind blew, I could see the paddy stalks swaying and from afar, it seemed as if they were dancing in the wind, like waves in an ocean of gold,' recalls Fufu. Bus trip to Semanggol, Perak in February 2016. Photo: Lam Ching Fu

Prior to living in Germany and Brazil, Lam studied Civil and Environmental Engineering at Japan’s Hiroshima University and lived in Japan for five years; he also spent time in Singapore. Upon returning to Malaysia, he worked in the data analytics department at the Mass Rapid Transit Corporation Sdn Bhd (MRT Corp).

“It is very disheartening for me, with my urban planning background, to see how little thought is given to pedestrians here in Malaysia,” said the former SMK Methodist student from Tanjung Malim, Perak.

“You always hear slogans like ‘Rakyat didahulukan’ but when you look around you, everything seems to be planned and built around cars and how they move. It’s no wonder that people don’t take public transport. It makes me sad ... a bus with no passengers is a sad thing!”

Some of the local bus operators still use colourful, classic bus tickets. For those who like to collect and keep these tickets, Fufu encourages you to take a ride of these local buses before they upgrade their systems. Photo taken on the Tapah-Kampar-Ipoh Bus Route in January 2016. Photo: Lam Ching Fu

Fufu hopes that his book and photos will inspire others to embrace travelling by bus again. “You may be amazed as I was by how much buses have improved here in Malaysia. They are on time, clean, safe and affordable,” he said, sharing that it cost him only about RM10 whenever he made a trip from town to town.

If you’ve never heard of those places before, that’s probably why Fufu decided to go there.

“Two of the things that became clear to me during my journey was that we need to support bus services so that they won’t become a thing of the past, and that we also need to inject some cash into the economies of these smaller towns.

Fufu's travelogue My Journey By Bus was the subject of a pop-up exhibition at REXKL last month. Photo: Filepic

“Why is it that everyone flocks to tourist sites like Malacca, Penang and Cameron Highlands?

“It’s time for us to look at the sleepy hollows, the old mining towns and fishing villages that have a certain charm about them, and have so much to offer. Imagine .... no traffic jams, cheap food and accommodation. All it takes is the right kind of marketing .... and more people will start to take a bus ride into the heartland of Malaysia.”

While he is still planning more photo exhibitions for Book One, Fufu is also working on his Book Two which he says will feature nature on the East coast.

“Pahang and Kelantan alone have so much to offer. I look for things that are good. Sometimes it’s just being in the right place at the right time,” said Fufu, adding that the support and encouragement he has received from everyone has spurred him to want to keep exploring.

“I gave myself two years when I decided to write the book. And I have no regrets so far. If I didn’t do this when I did, I probably would never have done it. I would have had too many other commitments to go on an adventure like this. I am sure I made the right decision to pursue this passion, and I am really amazed at how this book continues to make an impact.”

Facebook: Fufu My Journey By Bus or on Instagram (@myjourneybybus). Books can be purchased at Kinokuniya KLCC, Gerakbudaya KL, Hikayat, Areca Books, The Warung, Mentor Bookstores @REXKL and myjourneybybus.weebly.com. 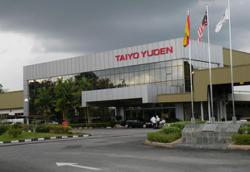