It's not just glitzy casinos in Macao, there's quality tourism too

Sitting on the western side of the Pearl River Delta in southern China, the Macao Special Administrative Region has taken 20 years to transform itself from a place dependent on casinos to a modern city looking to further expand its tourism opportunities.

On the 20th anniversary of returning to China, Macao is prepared to seize its opportunities to capitalise on its strengths to serve the country’s needs.

Macao’s strength is demonstrated through two roles it strives to play in the new era – a world-class tourism and leisure centre, and a trade co-operation service between China and Portuguese-speaking countries.

The tourism industry has long been Macao’s economic pillar. In 2018, official data showed the industry accounted for 72.2% of the city’s GDP. The number of visitors to Macao rose from 6.94 million in 1998 to 35.8 million last year.

“Macao has a population of about 670,000, but that small number is capable of serving more than 30 million tourists,” says Pansy Ho Chiu-king, a well-known Hong Kong-Macao businesswoman.

“This proves Macao’s strength in tourism and hospitality, which serves as the foundation for building a world-class tourism and recreation centre.” She added that the country’s unstinting support had been crucial in the development of Macao’s tourism sector.

In the 12th Five-Year Plan (2011-2015), the central government pledged to support Macao’s attempts to become a world-class tourism and recreation centre. In 2015, the China National Tourism Administration and the Macao government signed an agreement and set up a committee to coordinate assistance from the mainland and the local government’s work.

In recent years, Macao has recast its image of being gambling focused to one of Asia’s top resort-and-entertainment hubs, with an eye on the mass consumer market.

MGM Resorts China – a joint venture between MGM Resorts International and Ho – opened the opulent US$3.4bil (RM14.15bil) MGM Cotai casino resort in early 2018. The opening added further spice to the battle along Macao’s Cotai Strip to offer non-gaming attractions in a bid to lure more mass-market consumers instead of gamblers.

Macao’s push to diversify tourism has been given greater relevance as regional competitors – notably Vietnam, South Korea and the Philippines – have upped the stakes with the opening of several plush casino resorts over the last few years, with more in the pipeline.

The SAR could help mainland enterprises import materials like crude oil and agricultural products from Portuguese-speaking countries, which have abundant natural resources, said president of the Macao Chamber of Commerce, Ma Youli. Macao could help those enterprises develop markets in South America and Africa where major Portuguese-speaking countries are located, he added.

Efforts are being made to better play out Macao’s role as a platform for bilateral cooperation. In 2017, the headquarters of the China-Portuguese-Speaking Countries Cooperation and Development Fund was relocated from Beijing to Macao.

He said the new administration will prioritise housing and transportation, two deep-rooted problems the SAR faces, and that the government will intensify cooperation with mainland cities to attract talent.

With new roles at hand and a new chief executive eager to get to work, Macao is poised for a brighter future. – China Daily/Asia News Network 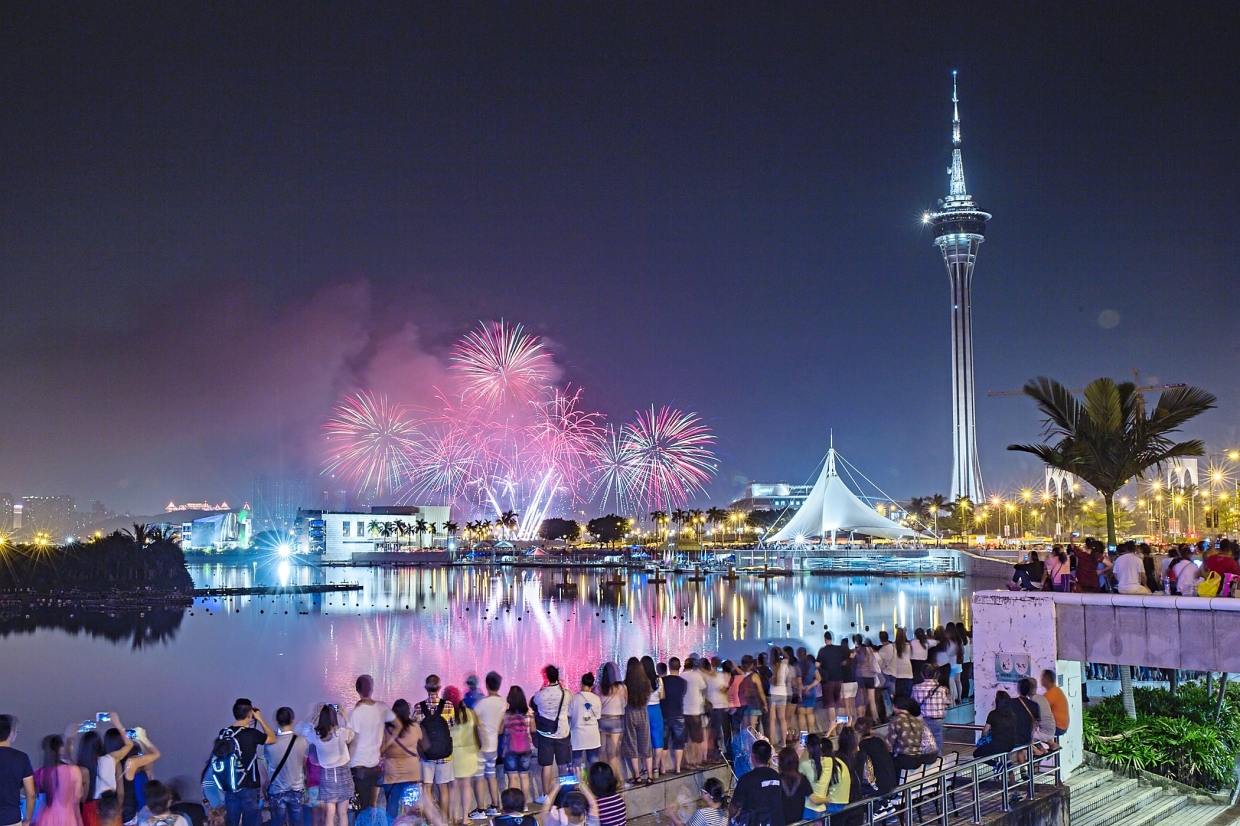 Malaysia was represented by Blastmaster Sdn Bhd. The company is said to produce over 200 fireworks shows annually in the country. Other countries that participated this year included Australia, Canada, China, Portugal, Romania, South Africa, South Korea, the Philippines and the UK. Since its first edition in 1989, the fireworks competition has become one of Macao’s signature annual events. – Melody L. Goh

It's not just glitzy casinos in Macao , there's quality tourism too