The Philippines is aiming to strengthen its claims in the South China Sea by potentially building hotels for tourists on its biggest island in the disputed waterway, officials said.

Manila has administrative control over Thitu – the second-largest naturally occurring landmass in the Spratly archipelago – and wants to bolster its sovereignty by adding new infrastructure.

In doing so it will be following in the footsteps of China, which also stakes ownership claims to the Spratlys – along with Brunei, Malaysia, Taiwan and Vietnam – and has even built artificial islands to serve as military outposts.

“In the future we will be building structures for our troops there; maybe some hotels for Filipinos who would like to go there as tourists,” defense secretary Delfin Lorenzana told a press conference, without giving a timetable.

President Rodrigo Duterte has been criticised for failing to protect the Philippines’ claims in the region in favour of improved relations with China.

National Security Adviser Hermogenes Esperon said the government rejected these attacks. “We have not abandoned any island,” he said, speaking at the same press briefing.

“No islands were taken from us since 2016 and we are strengthening our position and possessions.”

The government built five lighthouses in the Philippine-held portion of the Spratlys last year, with plans to put up five more by the end of 2019, Esperon added.

There are also plans for a port on Thitu that can provide shelter for bigger coast guard and navy vessels, he said.

A beaching ramp on the 37ha island should be finished within the year, Lorenzana said, allowing greater access for building materials to upgrade the existing runway.

However the initial tourism plans, which included putting in place a regular ferry service, were not carried out.

Duterte, elected president in 2016, has since pursued a more conciliatory tone with Beijing, largely setting aside the maritime dispute to court Chinese trade and investment. – AFP Relaxnews 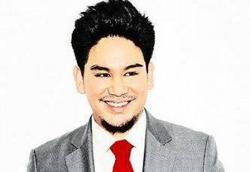