By MING TEOH and Chester Chin

Malaysians who want to go on a religious pilgrimage and visit sites such as the Church of the Holy Sepulchre in Jerusalem can apply for a special permit from the Government to do so. â€” 123.rf

Tales of embarking on a spiritual journey might sound like something out of a Hallmark movie. But this rings true for faith tours or religious tourism.

Perhaps the picture of a large group of pilgrims comes to mind when you link religion to trips. That’s not always the case though, according to the Travel Market Report.

Faith-based holidays, according to the report, is on the rise. Faith tourism is when people holiday at places with religious significance.

Closer to home, Malaysia – being a melting pot of various customs and religions – has a number of specialist travel companies that offer faith tours for both devotees and casual holidaymakers alike.

We track down some operators to find out what a faith holiday entails.

A culturally vibrant vibe has attracted many travellers to India throughout the ages. At the same time, its diverse landscape might also have to do with the fact that it’s an important hub for two old religions – Buddhism and Hinduism.

For many Buddhists, India as well as parts of Nepal, offer a glimpse of Buddha’s life.

The plethora of temples draw Hindu devotees, be it those looking to deepen their faith or to fulfill their vows. 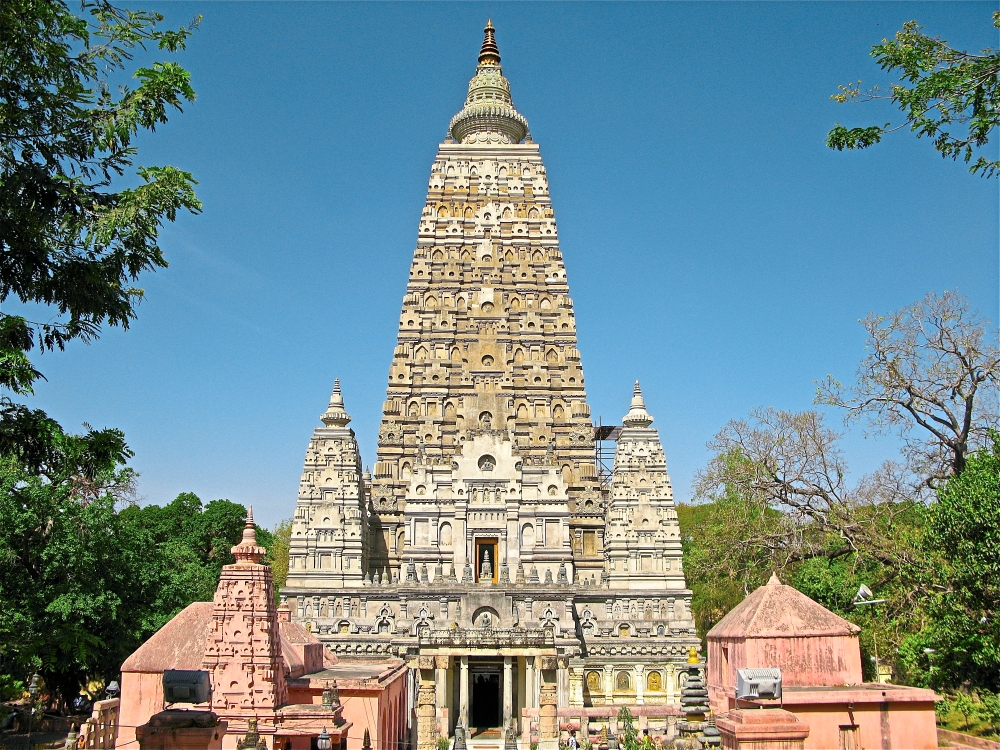 The Mahabodhi Temple in Bodhgaya marks the location where Buddha is said to have attained enlightenment. — Wikimedia Commons

“Each pilgrimage site has its own significance and pilgrims travel to different parts throughout the year. Pilgrimage sites are spread from Rameswaram, in the southern tip of India to Mt Kailash in the Himalayan range in the north,” he says.

Thanesh works with Dhesu Travel in Kuala Lumpur, one of the pioneers of faith tourism in the country. According to him, religious travel is more flexible these days as devotees prefer to customise their trips instead of following a standardised itinerary.

But since many of these destinations are religiously significant, the places of interest remain evergreen.

Varanasi is considered the holiest land in Hinduism. It’s also home to the Kashi Vishwanath Temple, one of the most famous Hindu temples. Dedicated to Lord Shiva, it stands on the western bank of the holy river Ganges. 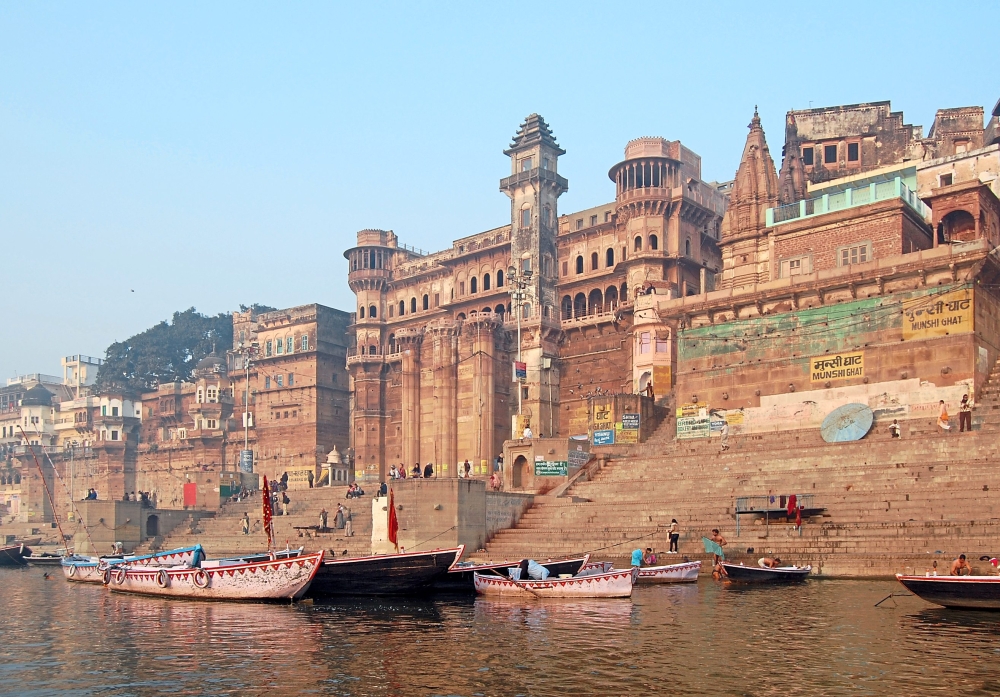 The city of Varanasi as seen from the river Ganges. Varanasi is regarded as the holiest city in Hinduism. — Wikimedia Commons

The Buddhist circuit consists of Bodhgaya, Sarnath, Kushinagar (in India) and Lumbini in Nepal. Bodhgaya is the place where Buddha gained enlightenment and Sarnath was where he preached his first sermon. Lumbini is the birthplace of Buddha and Kushinagar was where Buddha reached Nirvana.

According to Thanesh, pilgrimage to India usually lasts between 10 and 12 days. He has also observed a good mix of travellers.

“The pilgrimage travel traffic consists of a balanced percentage of men and women hailing from most walks of life.

The normal age group ranges from 20 to 60 years old,” he says, adding that devotees of other faith are allowed to participate too.

“But other than that we have seen a general shift in the minds of the general population whereby they want to learn about their Guru’s history. This gives them a better sense of themselves,” he says.

Leo Travels specialises in Sikhism faith-based travel. The company offers tours to historical gurdwaras and other pilgrimage locations such as the holy Harmandir Sahib (Golden Temple) in Amritsar and the Hazur Sahib in Nanded.

“Nankana Sahib tour covers the birthplace of our First Guru, Guru Nanak Dev Ji along with other historical sites in Pakistan. The Hemkunt Sahib tour is a hiking pilgrimage to the site where our last living Guru, Guru Gobind Singh Ji, meditated in his previous life,” Baldave explains. 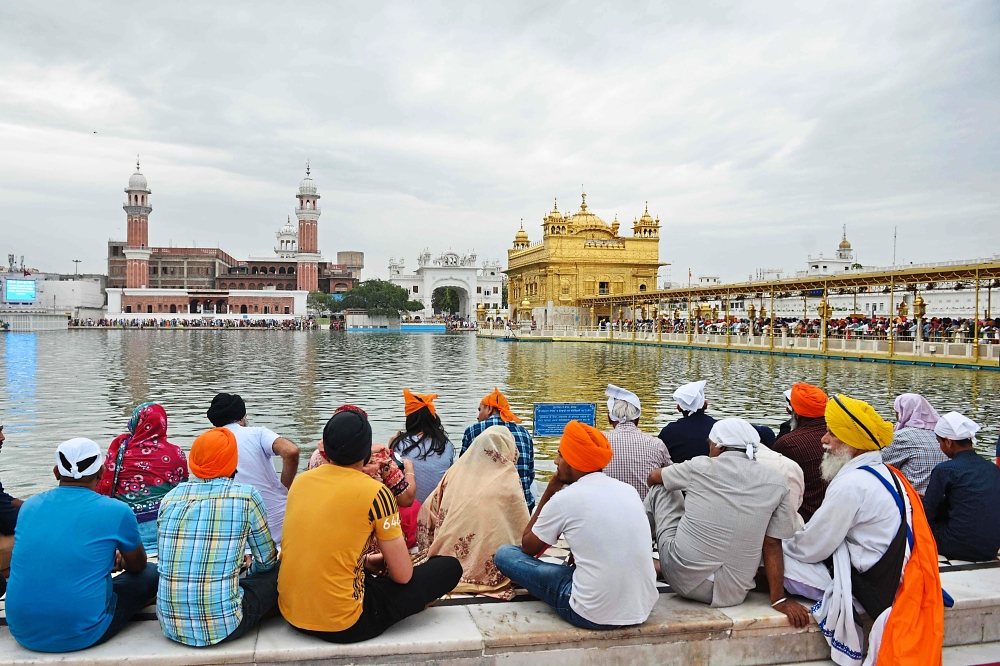 Indian Sikh devotees pay their respects on the occasion of ‘Baisakhi’ festival at the Golden Temple in Amritsar on April 14. — AFP

Another important tour in Sikhism is the visit to the five holy Takhts that are located in different cities. Takht means a throne or seat of authority.

“These takths take religious, social and political decisions and have very important historical significance for Sikhs,” says Baldave, adding that alcohol is strictly prohibited during these tours.

The Akal Takht Sahib is part of the Golden Temple complex while Takht Sri Keshgarh Sahib is the birthplace of the Khalsa.

Going on a pilgrimage gives Sikhs a chance to connect with the community from around the world, says Baldave. It’s also a way for them to connect to their roots and history.

“From childhood, we’re told stories of our Gurus and their lives. Pilgrimage allows those stories to come to reality because we get to see the places where these stories took place with our own eyes,” he says.

Walking in the footsteps

Did you know that you could follow some of the trails the apostles took in the Bible? It is also possible to visit places like the House of Virgin Mary on Mount Koressos in Ephesus, near Turkey’s Izmir.

Ever since the discovery of the house, there has been a steady flow of visitors to the place. It has become sort of a shrine and has even been visited by several popes, including Pope Leo XIII in 1896 and Pope Benedict XVI.

According to Aspen Holiday director Victor Lim, although some of these places may be known as pilgrimage sites for Christians and Catholics, they are firstly historical sites and may be of interest to curious travellers of all faiths.

“In fact, some of these locations are included in regular tour itineraries, such as the Unesco world heritage site Ephesus in Turkey. It is popular with local and international tourists,” said Lim who has organised and led religious tours to various destinations for 25 years. 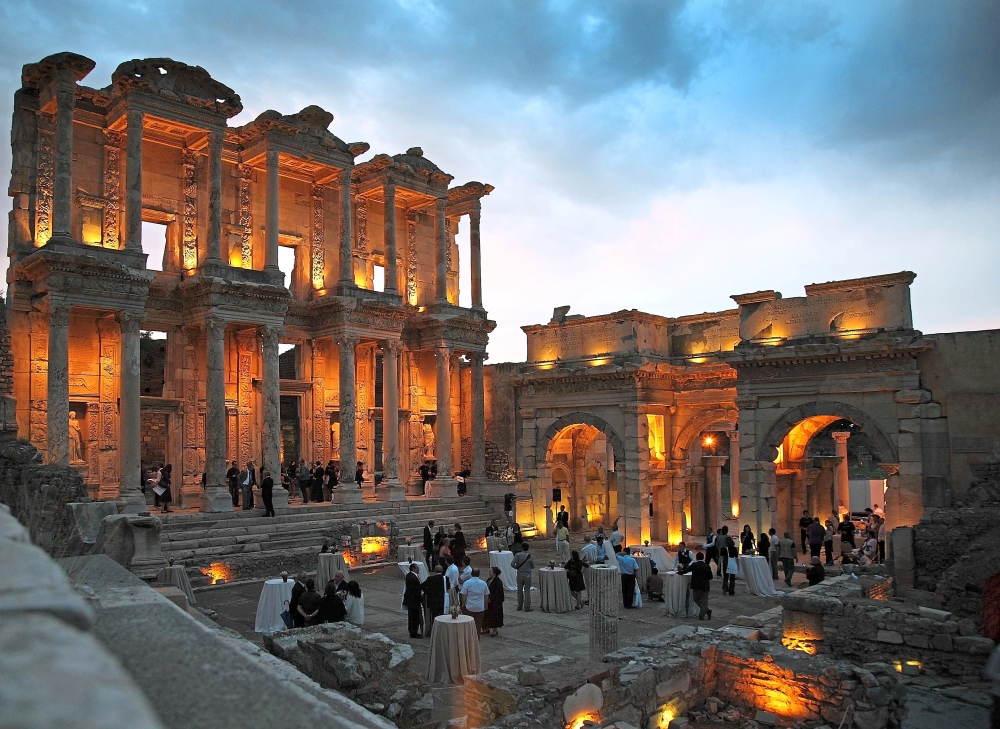 Ephesus, a Unesco World Heritage Site, is not just a destination for Christian tours but it is also popular with travellers in general who are interested in history and culture. Pictured here is a special event at the Library of Celsus in Ephesus.

When it comes to Israel, a country with which Malaysia has no diplomatic relations, Lim explains that things are handled differently.

“In the Malaysian passport, it states that Malaysians are not allowed to visit Israel. But, a special permit from the Home Affairs Ministry can be obtained for Christians who wish to visit Israel for religious pilgrimage purposes, usually with a church group,” he shares.

Without this permit, Malaysians cannot head to Israel.

“The requirements are quite strict and you would first need to show your baptism certificate as well as a letter from the church of which you are a member, to confirm you are a Christian. You need all these before you can get the permit,” Lim explains further.

He notes that usually travellers who go on a Christian pilgrimage would do their own spiritual preparations for the tour, such as reading the Bible, focusing on the parts which mention the sites. Although this is recommended, it is not compulsory and usually dependent on the church group they are travelling with.

Izmir in Turkey is also the location of the seven churches of Revelations which are mentioned in the Bible.

Pergamon is where the Red Hall stands. This is believed to have been the home of the Pergamon church and some historians refer to it as “Little Hagia Sophia”. 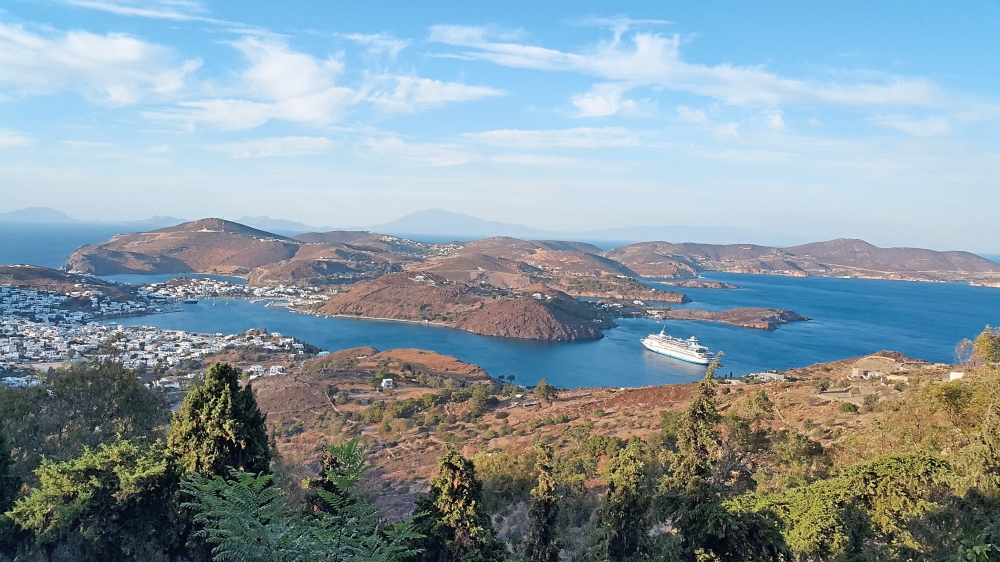 Patmos, a small Greek island, is a significant pilgrimage site for Christians.

There’s also Thyatira, once a busy trading centre famous for its purple cloth trade. Today, what remains are some ruins in a small park in the densely populated city of Akhisar.

At Ephesus, you can find the ruins of many monuments like the Library of Celsus and a theatre that can seat up to 25,000 spectators.

In Sardis you will see the ruins of the bath-gymnasium complex, Sardis synagogue, the Greek Temple of Artemis and Byzantine shops.

Besides these, there are also tours which include destinations such as Patmos in Greece. This is believed to be the location where the disciple John received the vision in the Book Of Revelations and also where it was written.

Egypt has several locations which are included in such faith-based tours, too, such as the Church of St Simon the Tanner, Ben Ezra Synagogue and Monastery of St Catherine where the Golden Calf is located.

Of course, the most famous landmark is Mount Sinai, where Moses received the Ten Commandments mentioned in the Bible.