9 festivals and celebrations in 2019 that make Malaysia truly Asia

The Nine Emperor Gods Festival features a grand procession to send off the deities.

Being a melting pot of cultures, Malaysia thrives with a cornucopia of unique festivals and celebrations. The country’s calendar of events is filled with many “truly Asia” happenings throughout the year.

Malaysians are already familiar with the major occasions like Hari Raya, Chinese New Year, Deepavali and Christmas. But there are many other cultural events to immerse in, too.

Since the year began, Malaysia has already observed Thaipusam and Mah Meri's Hari Moyang. But there are still plenty of festivities to look out for. Here are nine highlights from Tourism Malaysia’s calendar for 2019.

The Chinese New Year festivities are further extended every year thanks to Chingay Festival. The annual street parade celebrates the birthdays of Chinese deities or the procession of the Goddess Of Mercy.

Originating from China, the parade has become a vibrant cultural fixture in Penang, with Johor Baru also hosting the event in a grand scale. In Penang, the celebration is usually centred within Georgetown while in JB, it’s organised by the Johor Baru Old Chinese Temple.

A unique performance during Chingay is the balancing of giant flags.

The celebration usually features a floating procession, lion and dragon dance parade as well as performances and a beauty pageant. A unique performance is the balancing of giant flags that tower almost 10m!

Today, Chingay has become an event that showcases the multicultural beauty of Malaysia, with participation from the other ethnic communities in the country.

Since its inception in 1995, this festival has decorated the skies of this industrial town in Johor with thousands of colourful kites every year. Today, the festival has grown to be an internationally acclaimed event.

True to its name, the Pasir Gudang World Kite Festival attracts kiting enthusiasts from all over the world. Expect plenty of exciting contests, demonstrations, spectacular ground displays and some of the most amazing kites you will ever see.

Visitors will also be able to explore stalls selling various goods and collectables. The event will take place at Bukit Layang-Layang.

The transition from cool to dry, windy weather is celebrated with much fanfare at this annual festival in Perlis. The three-day event, which coincides with the paddy harvesting season, will take place at Kompleks DUN in the state capital of Kangar this year.

Visitors should be prepared to get down and dirty at the East Wind Festival as the activities are conducted in muddy paddy fields. Photo: Tourism Malaysia

The East Wind Festival typically features traditional games and cultural events. Visitors will get the chance to play games that were popular among farmers in the olden days. Some activities include hand-catching eels, duck competitions and a tractor race affectionately known as the “metal buffalo” race.

Visitors should be prepared to get down and dirty as the activities are conducted in muddy paddy fields! Other things to look out for are the funfair, kite festival and traditional theatre showcase.

For the Sikh community in Malaysia, Vaisakhi is one of the most important festivals that they observe. The occasion also marks the harvest festival in Punjab, where Sikhism was formulated as a religion.

Sikh women don colourful salwar-kameez, with some in orange, yellow, white and royal blue, during Vaisakhi.

Vaisakhi celebrates the founding of the Sikh community, also known as the Khalsa. On this day, thousands of Sikhs visit the gurdwaras across the country dressed in their best attire. Although Vaisakhi is not a public holiday in Malaysia, it is still marked with open houses and state-level events across the nation.

The Penang state government usually hosts a grand celebration at Fort Cornwallis, where visitors can sample traditional Sikh cuisine and be entertained by cultural performances.

The Kadazandusun, Rungus and other related ethnic communities in Sabah observe this Harvest Festival that is tinged with plenty of tradition and culture. Traditionally, Kaamatan celebrates a goddess who sacrificed herself to bring about the harvest.

Kadazandusun elders in their traditional fineries during the Kaamatan festivities in Sabah.

The rituals are conducted by the bobohizan, or high priestesses, who serve as custodians of the community’s spirituality. On this day, there would be gatherings where the indigenous communities eat, drink and be merry. Other notable events include traditional dances and buffalo races.

The national-level beauty pageant known as Unduk Ngadau will be held in the Penampang district to mark the end of the harvest festival.

This traditional festival in Sarawak has long been regarded as a symbol of unity and hope for the community. Dayak is a collective term for the many indigenous tribes of Sarawak: Iban, Bidayuh, Kayan, Kenyah, Kelabit, Murut and more. On this day, many homes would be open to visitors for merrymaking.

Celebrations usually start on May 31 with a ritual to dispel bad spirits. The festive mood continues into the night with delicacies (penganan and ngelulun pulut), ritual music and plenty of tuak (rice wine). The feast chief will also sacrifice a cockerel to the gods.

In the capital city, Kuching, Gawai is usually a week-long celebration with street parades and cultural activities. Hot spots during the occasion include Skrang River, Lemanak River, Batang Ai and Annah Rais.

For Muslims, the month of Ramadan is considered holy and fasting is observed during this period. The month commemorates the revelation of the Quran to the Prophet Muhammad. Visitors to the national capital are in for a treat at Iftar @ Kuala Lumpur.

At Iftar Kuala Lumpur, visitors are invited to break fast together at one of KL’s busiest streets, with the beautiful Sultan Abdul Samad Building and other colonial structures within the vicinity. Photo: Tourism Malaysia

Iftar is the evening meal with which Muslims end their daily Ramadan fast at sunset. And at this unique event, visitors are invited to break fast together on one of the busiest streets in the city.

The event is held at Dataran Merdeka and participants will have scenic views of the beautiful Sultan Abdul Samad Building and other colonial structures within the vicinity.

Sitting side by side on a woven mat, participants will be served with popular dishes such as bubur lambuk (spiced rice porridge), dates and cakes. There will also be religious activities where visitors can learn more about the beauty of Islam.

The Portuguese settlement in Melaka becomes a hive of activities during this celebration that commemorates the Feast Day of St Peter, the patron saint of fishermen. This tradition highlights the significance of the fishing trade to this seaside community, many who are descendants of former Portugese rulers.

Be amazed by cultural performances at the Portuguese settlement in Melaka during the Fiesta San Pedro.

On feast day, the statue of the saint will make its way on a procession around the settlement. The priest will also bless the fishing boats which have been specially decorated for the occasion.

The days leading up to June 29 usually take on a fiesta-like mood with bazaars and performances lined up for the locals as well as curious visitors. Be sure to catch the cultural performances with their European and Asian elements.

Held on the ninth day of the ninth lunar month, this festival is observed with much reverence by the Taoist community in the country.

The Nine Emperor Gods Festival features a grand procession to send off the deities.

The festival pays homage to the Goddess of the North Star, believed to control the Books of Life and Death. Devotees will practise a strict vegetarian diet during the nine-day celebration.

The celebration culminates with a procession that features beautifully decorated floats. Penang, a state populated by the Chinese community, will usually have a big crowd of devotees lining across the street to view the procession.

Several temples in other states also observe the festival with much fanfare. These include the Nan Tian Kong temple in Ampang, Kuala Lumpur, as well Pak Tiam Keong in Jalan Bachang Melaka.

9 festivals and celebrations in 2019 that make Malaysia truly Asia 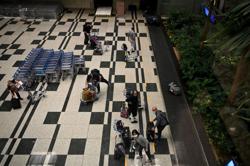 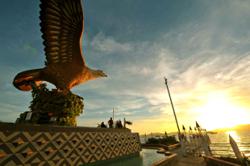