Why winter might be the best time to visit Victoria, Australia 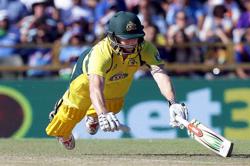 A dog sled tour in Mount Buller will bring you past scenic alpine views with cute huskies as your travelling companions. — Photos: Tourism Australia

After a couple of songs by Norah Jones and Billy Joel, Peter Lowrey turns up the volume as the familiar flute melody of Men At Work’s 1981 hit song Down Under comes on the car stereo. With its infectious melody and jaunty rhythm, it doesn’t take long before the seasoned stage actor and occasional tour guide begins to sing out loud.

“I came from a land down under, where beer does flow and men chunder,” he croons in raspy Broadway-trained vocals. “Can’t you hear, can’t you hear the thunder...”

Fortunately for us, there’s not a single speck of dark clouds in the clear June skies as we make our way from Yarra Valley to Mount Buller in Victoria, Australia.

Driving past vast beautiful farmland and wild kangaroos, as one of the country’s most popular 1980s pop exports play in the background, do make the roadtrip feel quintessentially Australian.

A roadtrip through Victoria, Australia, will bring you past many natural splendours.

Soon, fields of green begin to give way to more autumnal hues as we drive further up to the High Country of Victoria.

“Alright guys, we are here,” Lowrey announces as the car pulls over at a parking lot, where we will be taking a transfer up to the peak. I step out ... and step right into a thick layer of crunchy white snow.

Surrounded on all corners by wintry terrain, it’s hard to imagine that we are still in Australia. But the Mount Buller alpine resort is just a short scenic three-hour drive from the city of Melbourne. Or if you like to travel in style, it’s just a helicopter ride away.

The Mount Buller alpine resort is just a short scenic three-hour drive from the city of Melbourne. Or if you like to travel in style, it’s just a helicopter ride away.

Although snow isn’t something one might immediately associate with Australia, I’m about to learn that a snow holiday in Victoria – much like a cup of latte at a cosy cafe or a graffiti-filled alleyway tour – is a unique Australian experience.

Winter in Victoria typically takes place from June to October every year. At an altitude of 1,804m above sea level, coupled with temperatures hovering at the freezing mark, the Mount Buller alpine resort is primed for snowfall during this period.

The best time to visit Mount Buller is between late July and August, when snow conditions are most optimum for various snowplay activities. However, it’s also peak season so brace yourself for the crowd.

After checking in to our toasty rooms at the Pension Grimus, we wasted no time and headed out for our first activity in the snow, a dog sled tour.

Lined along Corn Hill Road are dozens of the most handsome Siberian huskies. A staff hands over a baby husky to be cuddled, and my heart just melts.

Go on a dog sled tour with these handsome Siberian huskies in Mount Buller.

This adorable display of huskies might make one skeptical of the activity. Is dogsledding humane towards the dogs? Niki Donaldson, a representative from Mount Buller’s promotional office, brushes off any fear about animal cruelty.

“This is the best environment for the dogs, and they’re actually very happy to be able to run free on the grounds,” she explains.

Looking at the huskies raring to pull the sled validates Donaldson’s explanation. Before long, I’m all snug and seated in a snowmobile pushed by about a dozen overzealous huskies, riding through the beautiful alpine environment.

Many other winter activities are available at Mount Buller. On the snow, opt for skiing, snowboarding, tobogganing and snowshoeing. A snowshoe tour is a unique way to travel across snowy terrain while taking in sights around the village.

A snowshoe tour is a unique way to travel across snowy terrain while taking in sights around the village.

There’s also the Northside Express chairlift that offers a breathtaking ride across the mountain’s slopes. Meanwhile, the Village Square is a central hub where visitors can find a selection of clothing and equipment retailers, cafés and restaurants.

First time visitors might want to pick up a village guide that contains handy tips on all the happenings around the resort. Another tip is to make a stop at Mansfield town on your drive up to hire all the gear needed for your snow trip.

Melbourne is a cool city with much to do

In Victoria, winter extends beyond Mount Buller. The city of Melbourne is absolutely fantastic for the colder months. Temperatures range from 6.5°C to 14.2°C, and heavy rain is rare at this time of year.

The cool and pleasant climate sets a perfect environment to go about exploring the city. And what better way to do that, than with a laneway tour?

Our entourage has the fortune of having award-winning photographer Jaime Murcia guiding us. Dressed warmly in down jacket with a camera slung across his neck, Murcia expertly weaves through cobbled thoroughfares as he shows us the colourful street art.

Beyond the psychedelic street arts, Melbourne buzzes with a large number of cultural institutions, museums and historic sites.

“There are about 200 laneways to explore in Melbourne, and you will find many art on the wall to photograph,” he says, as we stop in front of a mural depicting two Kardashian sisters holding up their middle fingers.

Melbourne is often referred to as the cultural capital of Australia, and for very good reasons. Beyond the psychedelic street arts, the city buzzes with a large number of cultural institutions, museums and historic sites.

A good place to start is Australia’s oldest and largest museum – the National Gallery Of Victoria. Since the museum opened in St Kilda Road in 1968, the collection has doubled to more than 70,000 artwork.

Museums are also great places to meet some of the city’s friendly locals. Elsewhere, the Regent Theatre is packed with gleeful audiences whenever a new production hits town. Alternatively, one can head to the South Melbourne Market which is opened on Wednesday, Friday, Saturday and Sunday.

Located at the corner of Cecil and Coventry streets, the 130-year-old venue is a popular local haunt for Australian goods, clothing, fruit and other fresh produce. In our case, nothing at the market tops the piping hot seafood platter we shared on an especially cold afternoon.

Oysters and other succulent seafood are abundant at the South Melbourne Market.

Take a roadtrip past natural wonders

A trip to Victoria isn’t complete without a drive along the famed Great Ocean Road. And once again, we are reunited with Lowrey, our friendly Broadway-performing guide and chauffeur, as we make the sojourn out of the city.

Dan Fogelberg’s Rhythm of the Rain accompanied our journey as we drove past dramatic coastline that soon reveals the rugged splendour of the Twelve Apostles.

A colleague had wax lyrical about the magnificent rock stacks prior to the trip, but seeing them up close is an awe-inspiring experience. Equally impressive is Gibson Steps, a 70m-high vertical cliff with an 87-step route that leads down to the beach.

A trip to Victoria isn’t complete without a drive along the famed Great Ocean Road.

From the Great Ocean Road, we stop for lunch at Port Campbell before continuing on to Dunkeld. The beautiful village at the southern entrance of the Grampians stands in the shade of Mount Sturgeon and Mount Abrupt.

The real highlight of this post-Great Ocean Road journey though, is experiencing part of the Silo Art Trail at Horsham. The innovative art project brings Australian and other internationally renowned street artists to transform towering wheat silos into giant works of art.

The project further underlines Victoria’s uniqueness as a destination. And as Lowrey puts on musical theatre group Collabro’s cover of This Is The Moment (from the gothic musical thriller Jekyll & Hyde) on our journey back to the city, I can’t help but think that winter’s one of the best times to experience this wonderful Australian state.

Why winter might be the best time to visit Victoria , Australia 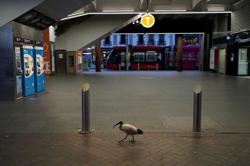