What to do at the Goddess Of Mercy Temple, Penang

The structure of the temple may be relatively unassuming, but it holds plenty of history. Photos: Wikimedia Commons

For many Penangites, the Goddess Of Mercy temple – colloquially known as Kuan Yin Teng – is a place of pride and divine protection. As the island’s oldest Taoist temple, it has emerged unscathed throughout turbulent times since its inception in 1728.

Dedicated to the venerable Goddess Kuan Yin, the place of worship miraculously survived the Imperial Japanese Army’s bombing in December 1941 as well as several terrorist attacks in the 1960s. Of course, all these episodes only serve to fuel rumours among locals that the temple possesses some kind of magical divinity.

Even if you are not into myths and legends, the Goddess Of Mercy temple (officially known as Kong Hock Keong) is still an important place in Penang. Granted, it may not share the same popularity as the Kek Lok Si Temple among tourists, but the Goddess Of Mercy Temple is a local institution. It has served as the focal point for many local Chinese during major religious festivities and cultural celebrations.

Expect it to be a hub of activities during the first and 15th of every lunar month, as well as festivals like Chinese New Year.

For international travellers, a visit here would offer an intimate glimpse of the devotion displayed by the Taoist and Buddhist communities on the island.

As for Malaysians, take a breather from your food trail around Penang, and pay a visit to appreciate the history and architecture of the venue.

A devotee placing joss sticks at an altar outside the temple. The place of worship is the focal point for many religious festivities.

Located along the culturally vibrant Jalan Masjid Kapitan Keling (formerly known as Pitt Street), the temple’s architecture is deeply rooted in the principles of feng shui and traditional Chinese elements. At the entrance, marvel at the huge doors adorned with images of fearless deities. Venture inside and you will see elaborate dragon-entwined pillars that double as makeshift holders for prayer papers.

For believers, the Goddess Kuan Yin is associated with compassion and unconditional love. She’s also believed to grant fertility to women. Those seeking divine help can light up joss sticks and offer prayers to the goddess as well as other deities in the temple. Do take note that joss sticks are only permitted outside the temple.

For those with a keen interest in the history and legends of the place, look out for the elderly caretakers at the temple. They are usually busy attending to prayer requests from devotees but if you manage to sneak a conversation in with them as they lounge by the side sipping coffee, you might learn some interesting trivia.

Those interested in Penang’s rich culture will experience the vibrant religious aspect of the city at this temple. It helps that it’s located within the heritage enclave and is just walking distance from other heritage sites.

As the temple is usually packed with devotees, chances are you won’t have time (or space) to stop and soak in the majestic architecture of the place. But locals will tell you that the place is relatively quieter in the late afternoons. Also, do avoid major celebrations like the goddess’ birthday and Chinese New Year.

But for a truly festive mood, brave the crowd during the cultural occasions to experience the cacophony of rituals, burning of prayer paraphernalia and sheer excitement of the crowd.

If you’re ballsy enough to navigate through Penang’s roads, then by all means drive yourself here. There should be ample parking on one of the quieter streets at Little India.

Otherwise, save yourself the stress of free-flow honking of unsuspecting motorists and just take a Grab. Alternatively, get on a trishaw for a more traditional experience.

Opening hours: 5am to 6pm (the hours vary during festivities and celebrations)

What to do at the Goddess Of Mercy Temple , Penang 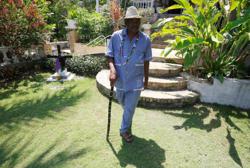 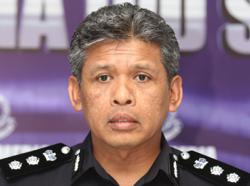 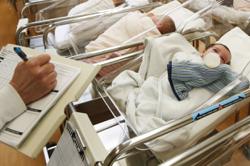