Thailand wants you to eat more in Bangkok

Street food has long been popular among foreign visitors and locals alike in many Asian cities, with Bangkok in Thailand being one of the leading capitals endowed with such a powerful magnet.

Meanwhile, Singapore is seeking to register its hawker-centres as an intangible cultural heritage with Unesco, a move that has sparked regional controversy, especially with neighbouring Malaysia whose cuisine is quite similar to that of the island republic. However, unlike Singapore’s hawker centres, the street-food scene in Bangkok and other big cities in Thailand is probably more diverse, with characteristics that are not found anywhere else.

These qualities have made Bangkok one of the world’s top street food cities based on recent international tourist and related surveys.

More recently, Jay Fai, a Bangkok street-food vendor, earned a Michelin star for her dish of omelette stuffed with crab meat, while the Tourism Authority of Thailand is launching a new campaign called “Amazing Thai Taste to the World” to boost the popularity of massaman curry. Other Thai foods better known outside the country include tom yum koong and phad thai.

As for Jay Fai, Thai Airways International said it was looking at giving the famous street-food queen an opportunity to prepare a special menu for airline customers.

The Thai version of pork noodles.

One of the world's top 10 tourist destinations

Thailand is one of the world’s top 10 tourist destinations, and Thai food – be it on the streets or in street-side eateries – certainly plays a big role in attracting foreign visitors, in addition to natural tourist attractions, shopping and others.

In terms of tourism revenue, Thailand is ranked as the world’s fourth after the United States, Spain and France with total revenues of US$57.5bil (RM235.75bil) in 2017, according to WTO.

Weerasak Kowsurat, Thailand’s Tourism and Sports minister, said the country supports efforts to preserve all cultural heritage, including street food, but the country’s current focus is on hygiene as well as food waste management.

Khanom buang or crispy pancake is a popular snack in Thailand. The country's tourist arrivals was over 35 million last year; food is one of the main contributors of this high number.

In terms of environmental responsibility, the minister said the authorities have for the first time imposed a ban on the use of plastic bags and styrofoam containers in public zoos and national marine parks around the country. The move has been welcomed by most local and foreign visitors.

Another example is the wider use of pintou, a traditional metal tiffin carrier, among locals and foreign visitors in a bid to reduce dependence on plastic bags and other disposable food containers.

According to the minister, some provincial restaurants have also started offering straws made of bamboo or water lily, instead of plastic straws, which are environmentally harmful. Based on a recent survey of tourists, 97% of respondents said they were willing to follow the initiatives to reform tourist-destination management with a focus on using tourism as a means to address income disparities in rural communities.

“We seem to agree that the head count of foreign tourists or their expenditure are not the top priority. So, targets like 36 million visitors this year are no longer important, but it is more crucial to focus on the GSTC (global sustainable tourism council) index for further development.

Thailand wants you to eat more in Bangkok 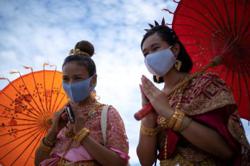 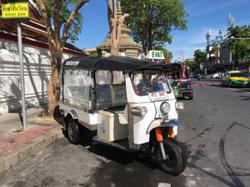