Customers who order meals at Dave's Deli will be able to enjoy their meals in the comfort of the hotels beautifully-appointed French-style bistro. Photo: Mauro Risch Photography

In Malaysia, Dave’s Deli is synonymous with the words “roast chicken”. The eatery, which first started in 1989 with namesake owner David Chin at the helm, somehow managed to transform a seemingly banal chicken meal into a dish so delicious, an entire chain of restaurants was built around it.

Since then, the brand has undergone a series of ups and downs, first expanding to over 40 outlets, before everything came crashing down and most of the franchisees cashed out.

“What happened was that we over-leveraged and outlets that were doing well had to cover places that weren’t doing well and it was like a domino effect. We closed down a lot of our restaurants and ended up with only three left. And from there, we had to rebuild again. We had to consolidate everything and re-look at the whole system. It took us many years to build a solid foundation, from our lowest point 10 years ago – it took us 10 years to regain that,” says Brian Chin, son of David Chin and group director of Dave’s Deli.

These days, Dave’s Deli has regained its footing, and now has 12 outlets in Malaysia. In fact, the brand has bounced back so successfully that it is now embarking on a brand new overseas adventure, with its first ever outlet in Sydney, Australia.

“We’ve always wanted to go overseas, but never found the right partner to do this with,” says Brian.

The opportunity to open an outlet in Sydney came about after Brian met Tan Boon Lee, the executive director of IGB Corporation Bhd, who had converted a 1960s building in Sydney into a stylish international hotel called Tank Stream Hotel. The hotel had an existing café, but it was flailing, so the meeting between the two proved timely.

“After meeting him, we found we had the same passion for food – I felt like it was a perfect fit,” says Brian.

Customers who order meals at Dave's Deli will be able to enjoy their meals in the comfort of the hotels beautifully-appointed French-style bistro. Photo: Mauro Risch Photography

Dave’s Deli Sydney opens today in the hotel, which is on the corner of Hunter and Pitt Streets, in the business district near Australia Square – a huge office and retail complex. Given that the complex hosts a large food court already, Brian and his team had to put their thinking caps on and devise ways to divert customers to Dave’s Deli.

“In Sydney, we had to adapt, so instead of a fast casual restaurant like Dave’s Deli in Malaysia, what we’re doing is fast fine dining,” says Brian.

Fast fine dining is a concept that is quickly catching on in places like London and New York, where urbanites want to have nice meals without the attendant formality and long hours associated with fine dining. Fast fine dining capitalises on this, offering customers reasonably-priced, well-cooked gourmet meals in beautifully appointed restaurants with minimal wait times.

“So the idea is that people will order food over-the-counter and proceed to the French bistro-style restaurant and dine over there. All of this will be done within 10 minutes, so you get very high-quality food, great ambience and quick service, with convenience and value,” says Brian.

To align with this concept and ensure quality output, Dave’s Deli in Sydney only offers five items on its menu: roast chicken, beef and chicken pies, lasagna, roast pork belly and gourmet pork sausages. Dishes comes with a choice of sides including truffle mash, roasted vegetables, coleslaw and gravy. Everything is made on-site and cooked with care.

“The idea of fast fine food is you want to serve very high-quality food, but it only works if your menu is very concise and limited. So then you can focus on consistency, because we are looking at doing 200 to 300 covers a day. And I reckon that people don’t want so much variety. They just want a good meal to get through their day,” he says.

The concept of Dave’s Deli expanding to Australia sounds great in theory, but there’s an anomaly in this seemingly picture-perfect equation. Why would a Malaysian restaurant serving Western food thrive in Australia, where something like roast chicken is easily available in most (Australian) eateries?

Still a perennial favourite, the delicious roast chicken will be a mainstay on the Sydney outlet’s menu.

Warm and gooey, with hearty, comforting flavours, the lasagna ticks all the right boxes.

The pies are well-made and filled with lots of flavour.

“Okay, so the thing about our food is, at the end of the day, when you look at it, it’s just roast chicken, lasagna and pies. And some people have actually joked that it’s like us bringing coals to Newcastle. But my argument to that is it comes down to the food that we’re serving. Yes, it is just roast chicken but it is not your textbook roast chicken – it is Malaysian-influenced.

“When you think about Malaysian food, it is very bold and flavourful, so that’s what we’re doing with our food. When people eat our food, there’s 30 years of experience and history that’s gone into it already. It will differentiate us from the rest of the competition,” says Brian.

And Brian’s not just spouting platitudes: the food is really good! The roast chicken is as reassuringly toothsome as always, which explains why 18,000 roast chicken meals are sold every month across all the outlets in Malaysia! The beef pie is delicious – a soft and yielding beef and mushroom mixture inside with a lovely crust outside. The lasagna is reminiscent of old-school renditions – filling and satisfying on every count, while the roast pork belly is sensationally good – golden crackling atop meltingly tender, juicy meat. The sides on offer are also worthy of attention, especially the truffle mash, which is soft and creamy with rich truffle undertones.

All the meals in Dave’s Deli Sydney will be priced from A$14.95 (RM46.90) to A$17.50 (RM54.90), including a drink. The team is also looking at introducing seasonal options, as it is cheaper to buy fresh produce in tandem with the seasons. “We might have more root vegetables in winter and more salads in summer – things like that lah,” says Brian.

Now that Dave’s Deli has a foot in Sydney, Brian says it is only a matter of time before they widen their reach in Australia.

“I’m going to focus on Australia – it’s a huge country. Even just Sydney is huge! But because of the concept that we’re doing, we cannot scale it so far. I don’t want to make the same mistake that we made previously, so it’s all about sustainable growth – it’s going to be slow and steady,” he says. 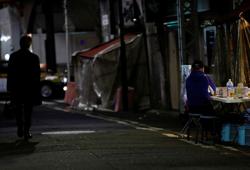