Here's your guide to getting a good bike

The Brompton has a compact, yet smart, versatile design that makes it easy to carry or roll into a train or LRT.

What kind of bike should you get if you want to enhance your LRT experience? Bicycles for use with the LRT can range from RM150 to RM6,000. Two cycling enthusiasts share their take:

If you want to leave your bike at the LRT station after cycling there from home, it’s probably best to use a cheap RM150 bicycle so that you don’t need to worry about theft. Some LRT stations have proper bicycle parking. If not, use a good lock to secure it to a railing or lamp post.

If you want to cycle to your final destination after getting off the train, you need to bring a folding bike (foldie) on the train with you.

There are two kinds of foldies: the larger ones with 20-inch (diameter) wheels and the smaller ones with 16-inch wheels. To bring a foldie onto the train, I would suggest using the smaller bikes as they take up a lot less space when folded up. Indeed, Prasarana should consider allowing these bikes on the train during peak hours as they are about the same size as a luggage bag.

I am 170cm tall but I have tackled 30km rides on my small foldie – even if, from a distance, I may look like a bear on a bike.

This XDS folding bike has small wheels on its rear rack that can be used to roll the bike along – on its side – inside LRT stations. Photo: Shereen Teng

Let the small wheels not fool you about their abilities – modern bike gearing systems will surprise you when it comes to speed.

The larger foldies are more comfortable, but since the prime aim here is city commuting, the small ones are good enough.

As for the bike models, there are many choices. But bear in mind, after entering the LRT stations, cyclists MUST fold up their bikes.

To get from the turnstiles to the train itself, you will have to roll your bike along in its folded form – so look for foldies that have mini-wheels that allow you to do this.

Otherwise, you can tilt your folded-up bike and try to roll it along on ONE wheel. Failing this, you will have to carry your bike. (Prasarana should consider allowing cyclists to push their bikes to the trains in their normal form, folding them up only before boarding.)

The best commuting bike is probably the Brompton. However, these cost about RM6,000 each.

I have seen foldies for as cheap as RM300 at hypermarkets. But it’s better to buy from bicycle shops as the staff there can advise you while you try out their bikes. – Andrew Sia

Multi-modal commuting: It’s easy for Tan to get a Brompton foldable bike into the LRT. Photo: Tan Kit Hoong

One of the main reasons I got a folding bike was to avoid the often horrendous jams in front of my office after work hours – a simple 3km commute to my home could take up to an hour.

However, the second reason was that I also wanted to explore Kuala Lumpur in a more personal, on-the-ground way, using public transportation and my bicycle.

With this in mind, the bicycle I settled on was the Brompton. To my mind, it’s more suited for taking onto trains than most folding bikes.

Why? Well, unlike most folding bikes which fold in two, the Brompton folds into thirds, and produces a very compact package about as big as a medium-sized suitcase.

On top of that, this British-made bike has another, smaller set of wheels that are specifically used when the bike is in its folded configuration – this makes it very easy to fold your bike, then roll it along through the access gates at the LRT station.

Once in the train, the relatively small size of the Brompton also means that it’s a lot more easily stowed away – it’ll very easily fit into that space right next to the sliding doors where people usually stand.

The Brompton also has another side benefit – in a crowded train, you can actually use it as a makeshift chair in its folded position! – Tan Kit Hoong

Here's your guide to getting a good bike 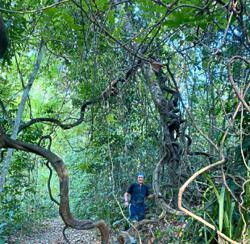