Cycling your way to a traffic jam-free city

About 5,000 cyclists took part in a Bike Parade around Taipei during the Velo-city Global conference. Photo: SIOK HUI LEONG

How can cycling contribute to urban transportation? Can the European models for “cycling cities” be adapted to Asia?

These were some of the questions discussed at the Velo-city Global 2016 cycling conference in Taipei over a month ago.

Taiwan’s capital city was a good place for this. Its transport vision is driven by the integration of bicycles with buses, the Metro and walking to boost mobility (transport is about moving people, not cars!).

Its YouBike public bike-share system is one of the world’s best and soon, the city plans to introduce shared cars and electric motorcycles. By 2020, commutes via green transport should account for 70% of all trips with cycling taking up 12%!

“We are working towards this city vision,” said Taipei Deputy Mayor Charles Lin.

Initiated by the European Cyclists’ Federation in 1980, the Velo-city Global conference series is designed to plug cycling as a sustainable mode of transport for a liveable city. Previous host cities have included London, Vienna, Barcelona, Vancouver and Adelaide. 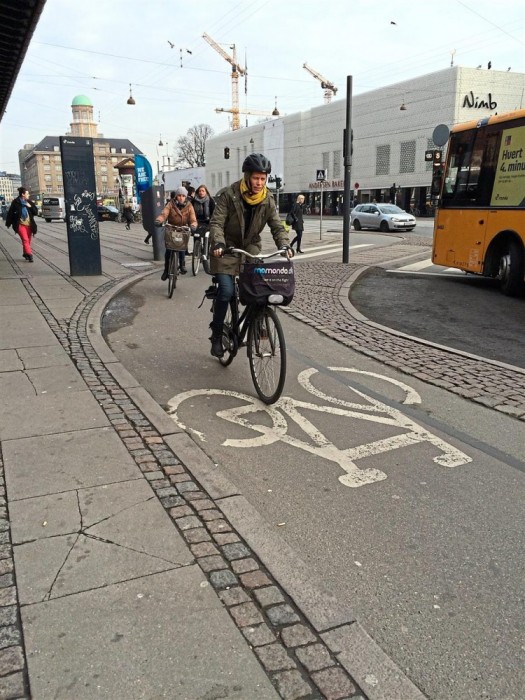 In Copenhagen, an amazing 45% of city folk commute daily by bicycles. Photo: The Star/Tan Cheng Li

Over four days in Taipei, more than 1,000 participants from 43 countries gathered to hear case studies and bounce off ideas. Mobility experts, urban planners, activists and academics, among others, comprised the 160 speakers, with talks centering on the conference theme: the Evolution of Cycling.

Highlights included case studies from high- and low-cycling cities, challenges, success stories, the economics of pedal power and the ability of cycling to mobilise society. Mayors from Adelaide, Taipei, Vienna, Copenhagen and the Japanese cities of Imabari and Onomichi showcased the various roles cycling play in their cities’ sustainable urban development goals.

In the much-touted cycling utopia of Copenhagen, the “not-so-secret” approach to shaping a cycling city is to make cycling an “easy and natural” option, according to its Mayor of Technical and Environmental affairs Morten Kabell. An amazing 45% of city folk commute daily by bicycles, and 50% of kids cycle to school!

Most Copenhageners cycle simply because it is the most efficient and convenient way to get around the city, not because of health or a desire to be “green”.

“Our newest cycle bridge will be paid off in only six years’ time and 10 years of cycling investments are half the price of a 3km long car bypass,” added Kobell. The Danish success story is a culmination of 30 years of persistence, hard work and listening to the people, he added.

In his talk on the impact of cycling, UK-based mobility expert Mark Major argued that instead of harping on reducing car usage, the focus should be on maximising urban access.

“As Taipei Deputy Mayor Charles Lin said ‘mobility defines the place where you live.’ But access (to people, goods, services, experiences) is WHY you live there!” emphasised Major. “And cycling is the most cost-efficient way to increase accessibility.”

And gender strategy counts, too. Dr Lake Sagaris of Catholic University of Chile said in her spiel on Rethinking “Sustainable” Transport. 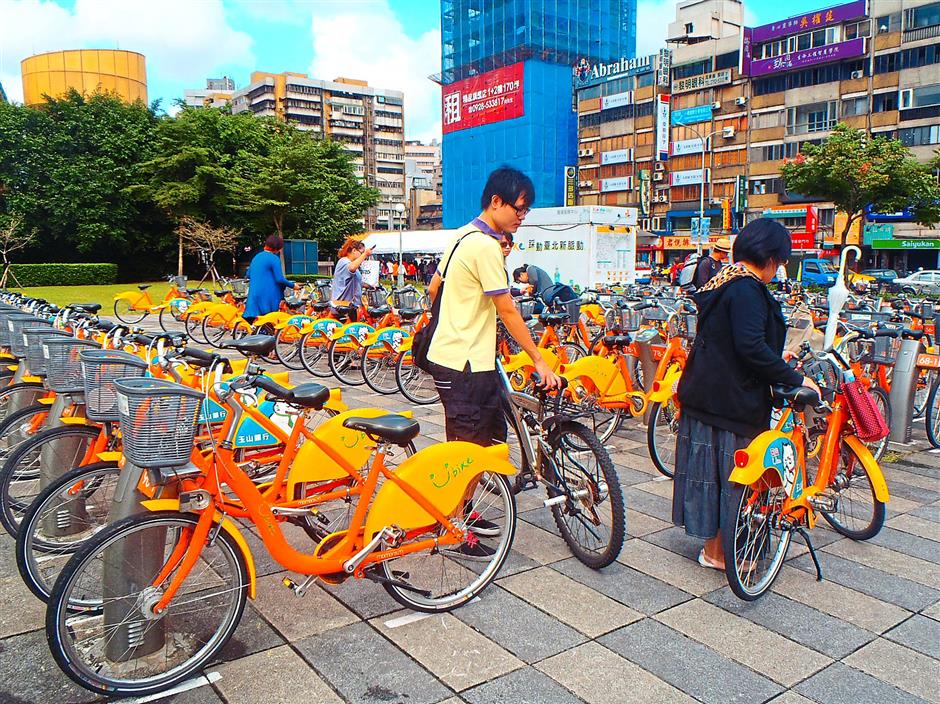 In Taipei, people who take the MRT don't need to take a taxi to get to their final destination. They can use the city's YouBike bike sharing facility. Photo: Filepic

“If we can get the transport system right for women and girls, we have probably also achieved a lot for (people who don’t drive, such as) the elderly, the poor, the disabled, the marginalised and youths,” she underlined.

For Taipei-based bike activist Chan Kai-Sheng, the conference strengthened his conviction that the grassroots play a huge role in effecting change. The crowd-sourced Kuala Lumpur Bicycle Map project and California’s Safe Routes to School programme (to get more kids walking and biking safely to school) are examples of this, said Chan, one of the founders of the newly set-up NGO, Taiwan Urban Cycling Alliance (TUBA).

A Velo-city veteran, Poland-based economist Dr Piotr Kuropatwinski said the Taipei event was the 14th and one of the best Velo-city conferences he has attended.

“I was very surprised by the strength and the spirit of those who represented South-East Asian countries. The problems we have in Europe are peanuts compared to the challenges in countries like the Philippines.”

He added that the conference had evolved since its inception in 1999. In the early years, there was a strong focus on engineering issues like how to build infrastructure and cycling lanes.

“Here, the focus is not just about that but about the ecosystems we’re striving to create, how to improve relationships between different users of the planet.”

Cycling your way to a traffic jam-free city