Former Malaysian PMs’ lives, away from the office

I don't know where we went wrong,” G. Savunthararaj says with a sigh and a look of resignation on his otherwise cheery face.

The National Archives deputy director general is referring to an incident at a fair held in Langkawi earlier this year, where a few 12-year-old school students shook their heads in ignorance when asked who Tunku Abdul Rahman was.

Savunthararaj – who’s in charged of the National Archives’ research and outdoor sector – is very worried, and he has every reason to be. After all, Malaysia hasn’t even passed the century-old mark and yet, some have forgotten its founding father.

“Maybe the new generation lacks interest in the nation’s history and are more invested in technology,” he offers, before adding, “which is why we want people to visit the memorials in the country.”

Visitors can visit the century-old Residential building at the Tunku Abdul Rahman Memorial. Its the former official residence of the nation's first premier.

We are at the Tunku Abdul Rahman Putra Memorial, a vast three-building complex tucked away in a quieter part of bustling Kuala Lumpur, on Jalan Dato Onn. The venue is the first stop on a two-day itinerary that includes visits to sites dedicated to the achievements of Malaysia’s former premiers as well as the P. Ramlee Memorial Library.

Established in the early 1990s, the Tunku Abdul Rahman Memorial houses an extensive personal and official collection of items accumulated during the lifetime of Malaysia’s Father of Independence. Navigating the grounds is rather easy, with the items displayed across various wings that follow distinct themes.

One room features items that depict Tunku’s passion for sports and filmmaking whereas another shows, in great detail, the painstaking journey taken to liberate then Malaya from the grip of colonialism. The place could be a fantastic one-stop learning centre on all things Tunku, if not for some barely visible text on description panels and several defunct interactive displays.

But one has to applaud the individuals involved in the sourcing process of the historical objects. It wasn’t easy, according to Mahani Muhammad, the National Archives’ management section head.

“In principle, his immediate family members wanted to give away the items, but there were some mixed feelings, which is understandable because they are parting with some of Tunku’s possessions,” Mahani says, her brows furrowing as she recalls the reservations from the late leader’s kin.

She remembers Tunku’s wife Tun Sharifah Rodziah being very ill when officials from the National Archives arrived at Tunku’s family home in Penang to look through his personal effects. But Mahani stresses that everything was done in good faith and for the greater good. She adds that when Tunku’s family finally saw the items on display at the memorial, they were pleased.

“Under the National Archives’ care and supervision, we can ensure that future generations will get to see a piece of Tunku’s life and feel closer to him,” says Mahani.

Walking through the quiet hallways of the over-a-century-old Residential building, with its period furnishings and worn walls, one gets a better sense of Tunku’s life away from the headlines and back-biting of politics.

That same feeling of intimacy extends to the Tun Abdul Razak Memorial. Located in Jalan Perdana in KL, the monument’s Exhibition Hall 1 is actually Sri Taman, the official residence of the country’s second prime minister from 1962 until his death in 1976. Take a tour of the house with one of the guides on duty, and you’re bound to hear an array of fascinating stories about the family man.

“There’s a tale to this staircase,” the guide says, as he points to a flight of steps behind the kitchen. “He never entered through the main entrance after a late night at the office. Instead, he used the back entrance at the kitchen to head up this way so that he didn’t wake up his sleeping wife.”

Tun Abdul Razak used to relax in this luxurious leather chair after a long day at work.

The master bedroom was also designed in such a way that the busy politician’s unpredictable work schedule wouldn’t interfere with his spouse’s rest. An interesting feature here is a wall partition and a door used by Abdul Razak to enter the room when he returned late at night.

Affectionate insights aside, the Tun Abdul Razak Memorial is also worth a visit solely for its aesthetically pleasing architecture. The residence features a retro Californian design, with all four corners of the house opening up to a beautiful Japanese-inspired garden in the middle.

Visitors get a glimpse of the man’s life at home at the double-storey building. There’s the luxurious leather reclining chair by the sliding door that Abdul Razak sat in to relax after a long day at the office. And if you moved to the back of the home, you could almost picture him sharing a light moment with his family members over tea, sitting in the wooden chairs which were a gift from Singapore’s first prime minister, the late Lee Kuan Yew.

The Galeria Sri Perdana features a posh room that once hosted foreign dignitaries.

Family life is also an underlying theme at the Galeria Sri Perdana, which once served as the official residence of Tun Dr Mahathir Mohamad and his family. A video recording of the charismatic man cooking his favourite dishes with his wife Tun Dr Siti Hasmah Ali, coupled with candid portraits of the couple and their grandchildren, are sure to make you go, “Aww...”.

There are more family photos at the Tun Hussein Onn Memorial. Unlike the previous venues, though, the memorial is housed at the Bukit Perdana Complex instead of the former premier’s past residence. The setting feels slightly impersonal, but it works in displaying the achievements of the nation’s third prime minister in a systematic fashion.

A chronologically arranged exhibition, which begins on the third level and descends two floors down, provides visitors with a comprehensive account of Tun Hussein Onn’s life, from the early years through the various stages of his life.

Many interesting old photographs are exhibited at the Tun Hussein Onn Memorial.

The memorials and other such sites are certainly a great way to learn about the nation’s history. It’s something that Mahani agrees with wholeheartedly.

“We have to start somewhere,” she says, referring to the efforts needed to rekindle young people’s interest. “And a trip to the memorials, organised by schools or perhaps parents themselves, is a good start. We need involvement from everyone.”

If anything, the venues humanise the larger-than-life individuals that they celebrate. That makes it a little easier to relate to the personalities and their achievements. For example, at the P. Ramlee Memorial Library, personal photos give a rare glimpse into one of the nation’s most iconic artists.

Above all, the monuments are a reminder of all that the country has gained, and lost, in the pursuit of wealth and progress. At the Tun Hussein Onn Memorial, walking down memory lane can present a rewarding lesson in morality as well. Etched on the wall of the last hall is one of the favourite quotes of the Father of Unity: “When there is injustice, there will be no peace, no harmony, no goodwill.”

Former Malaysian PMs’ lives , away from the office 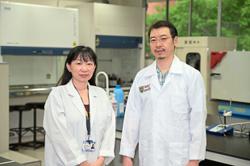